The BR 03-92 Horulum is a monochrome monolith of a watch, a 42mm bead-blasted case with matching sandwich dial and complementary pale green C3 Superluminova hands and markings. On this occasion, the aeronautical tie-in isn’t quite what you might expect. It’s not a tribute to the latest generation strike fighter or specialised avionics instrumentation. No, Bell & Ross has gone for something far more down-to-earth this time around: the humble tarmac. The matt grey colour is inspired by the concrete of the runway, with the green lume evoking the lights that guide pilots when landing at night. 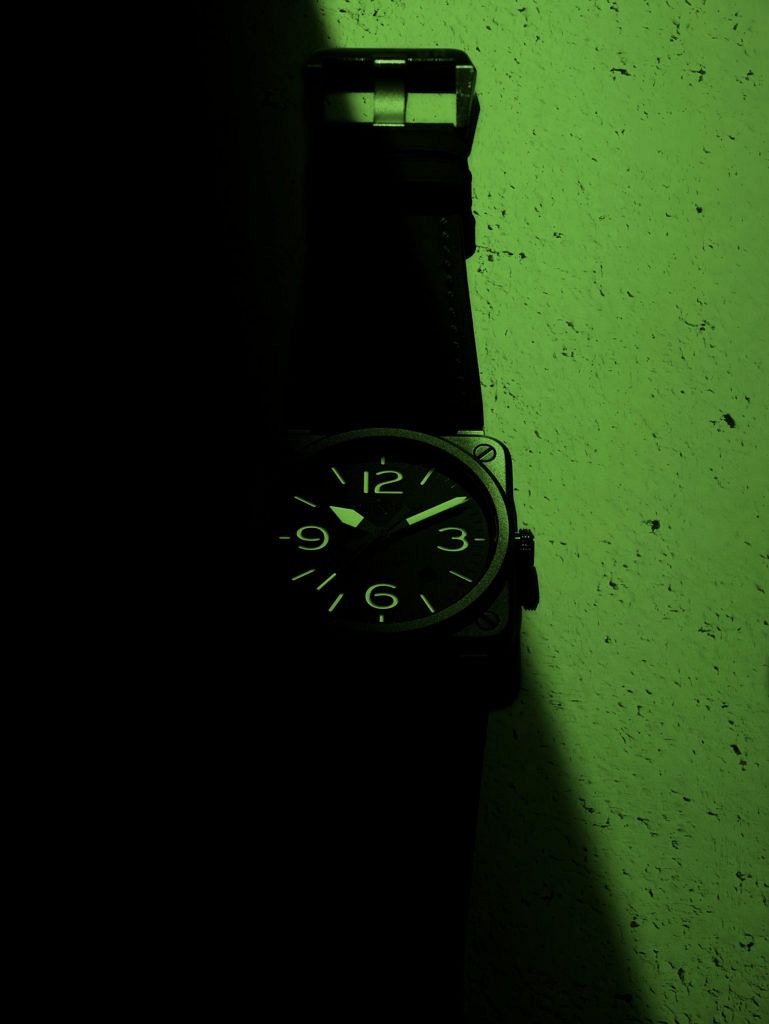 So far so Bell & Ross. But where do art and architecture come in? Well, the broader design inspiration for the Horolum comes from the Bauhaus (the German design school, not the ’80s goth band), whose utilitarian take on modernist design was hugely influential in the 20th century. Conveniently, it’s also an approach that fits neatly with the tool-like aesthetic of the watch.

For the past few years the word doing the rounds of publications such as Monocle and Cereal has been ‘brutalism’ – an architectural movement that’s all about concrete and hard, unforgiving angles. It’s a style that perfectly suits the Horolum, which makes the watch spot-on for 2017. It’s a hard yes from us. In fact, we’d go so far as to say the only thing soft about this watch is the calfskin strap.