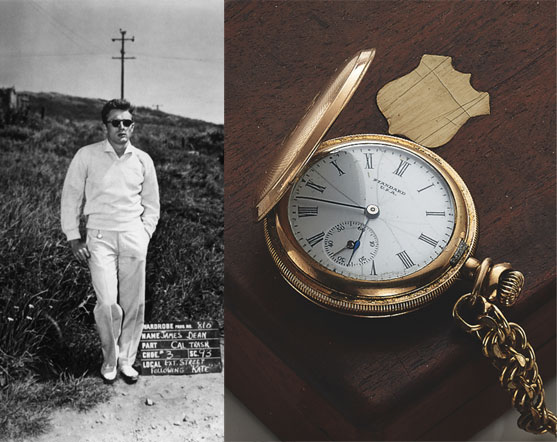 Few factors can increases the value of a vintage watch quite like its once having belonged to a celebrity. Whenever a watch owned by a celebrity or historical figure goes on the block at auction houses like Antiquorum and Christie’s, bidding can be expected to go well beyond the estimated value. Below we look at notable “celebrity” watches, once owned by iconic entertainment and sports stars, sold at auction within the past few years.

At its June 22, 2013 auction of “Important Modern & Vintage Timepieces” in Hong Kong, Antiquorum auctioned a pocketwatch belonging to legendary actor James Dean. The pocketwatch was made by American watchmaker Standard USA circa 1889 with an American-made Elgin movement. Dean had his initials engraved on the watch and considered it his good luck charm, wearing it while performing in TV and plays. The piece’s estimated price was around US $5,000, but after several bids from around the world, the watch sold for eight times that estimated value at about $42,000 (HKD $325,000). 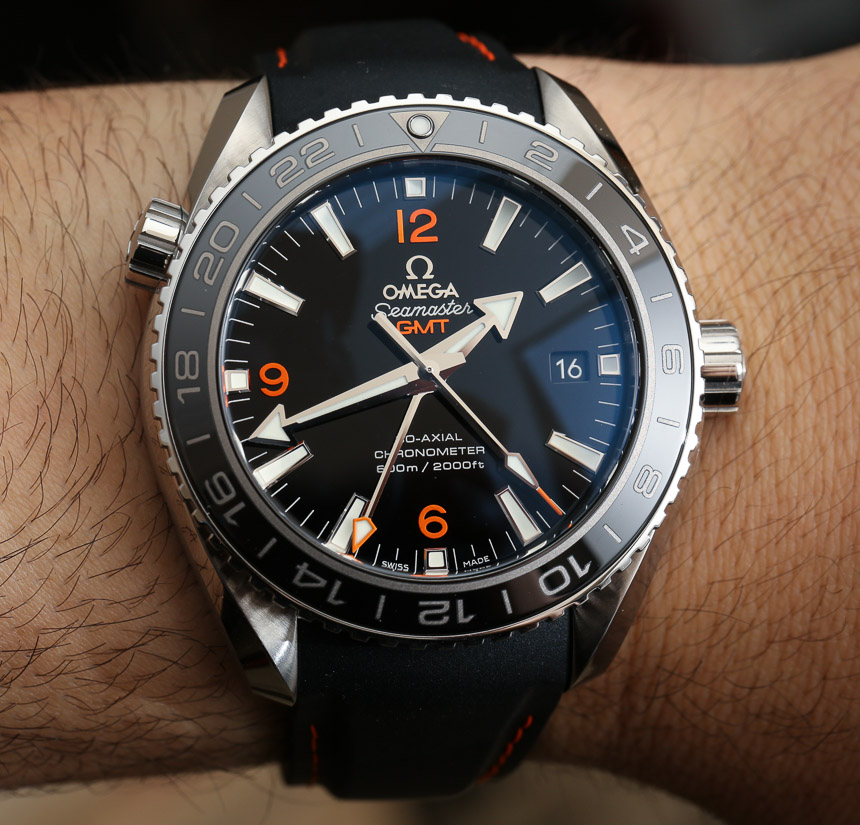 The Omega Seamaster Planet Ocean worn by Daniel Craig in the James Bond movie Skyfall was auctioned at Christie’s in London on October 5, 2012. The watch sold for $254,273, with all proceeds going towards Orbis, a non-profit organization that provides eye care in developing nations. It was the second highest price for a Bond watch, the highest being $255,565 for the Planet Ocean from Casino Royale, and the third highest being $196,056 for the Rolex from Live and Let Die. 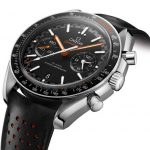