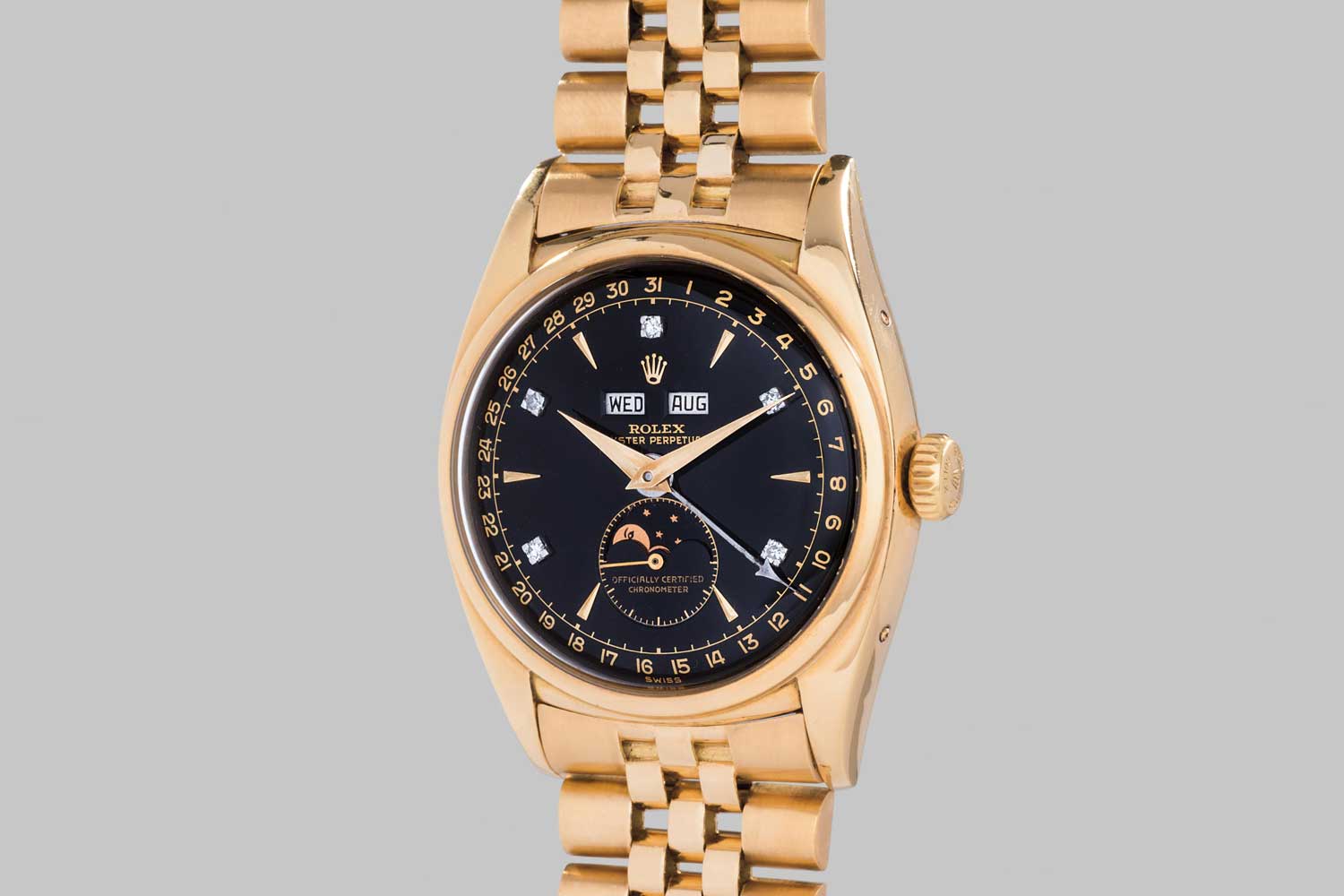 It shames me, a militant capitalist who regards the Law of Supply and Demand as sacrosanct as the Ten Commandments, to bitch about the elevation of prices based on that rule of commerce. But of late, as with the pricing of hi-fi equipment and certain wines, things are getting out of hand.

To anyone bar a Communist, it’s blindingly obvious that if you have one of something and ten people want it, you have the makings of an auction. Bidding for an item is the most honest and genuine way to determine something’s worth: the value is set not by artifice, hype nor advertising. It is defined by unquenchable desire and the wherewithal to realise its purchase.

Who am I to criticise the benighted soul who pays an extra £5k for a fucked dial? Excuse the use of the vernacular, but that’s all a “tropical” dial is: faded, knackered, despoiled. Call it “proof of provenance” all you like, but you are lying to yourself. This pursuit of the damaged, and then elevating it to a level of desirability, makes the Emperor’s new clothes seem like bespoke Huntsman. Talk about delusional.

Trying to defend the inflation, I firmly believe that supply-and-demand is everything, and yet absolute rarity doesn’t define it as much as one might imagine. If that were the case, the collector of watches with Valjoux 72 movements would pay more for Gallets than for the Rolex Cosmographs, which vastly outnumber them. But because there are exponentially more Rolex collectors than Gallet fanatics, a superlative gold Gallets is worth only 0.3% the price of a typical “Paul Newman”.

It wasn’t always like this, as investor-types are pleased to remind us. Once the values had some basis in reality. In a conversation this week with a hedge fund manager, who knows the watch biz, he and I both agreed that the industry may be sweating it and there is no doubt that new watches are in an oversupply situation, but even he couldn’t believe how vintage watches have produced greater returns than all but the luckiest of social media site sales, fine art or real estate in London or New York. Vintage watches are the new Ferrari GTOs.

Repeating the notorious inflation of Eric Clapton’s Daytona, which went from $50,000 to over $1.1m in little more than a decade, this week’s Phillips/Bacs and Russo Auction Five in Geneva saw an identical multiplication in value. The near-mythical Rolex “Bao Dai” ref. 6062 sold for $235,000 in 2002. 15 years later, the hammer went down at CHF4.3m, or roughly $5m. Now the highest price ever paid for any Rolex, the watch has the same worth as two fully-loaded Bugatti Chirons.

Really? I know which I’d rather have. 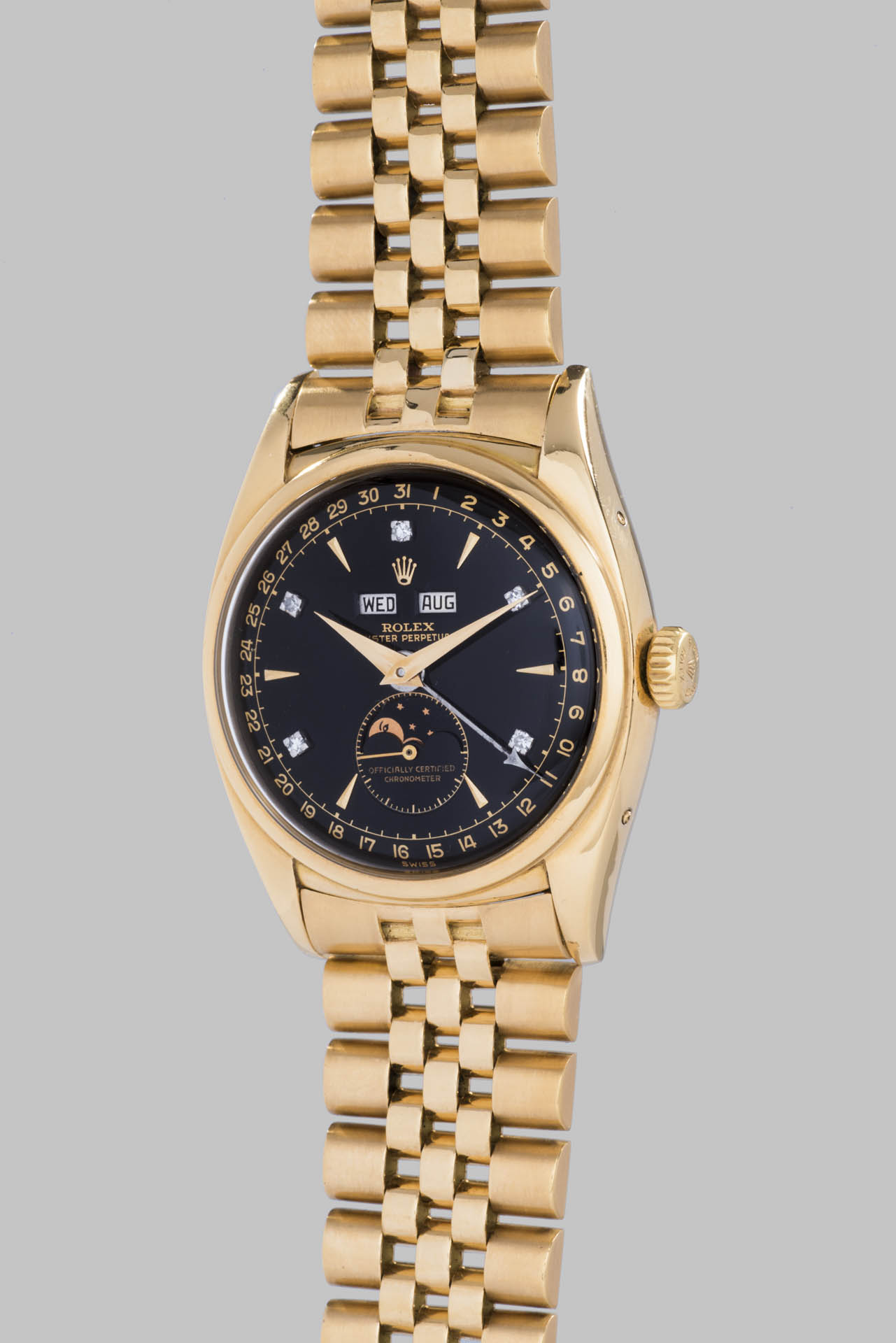 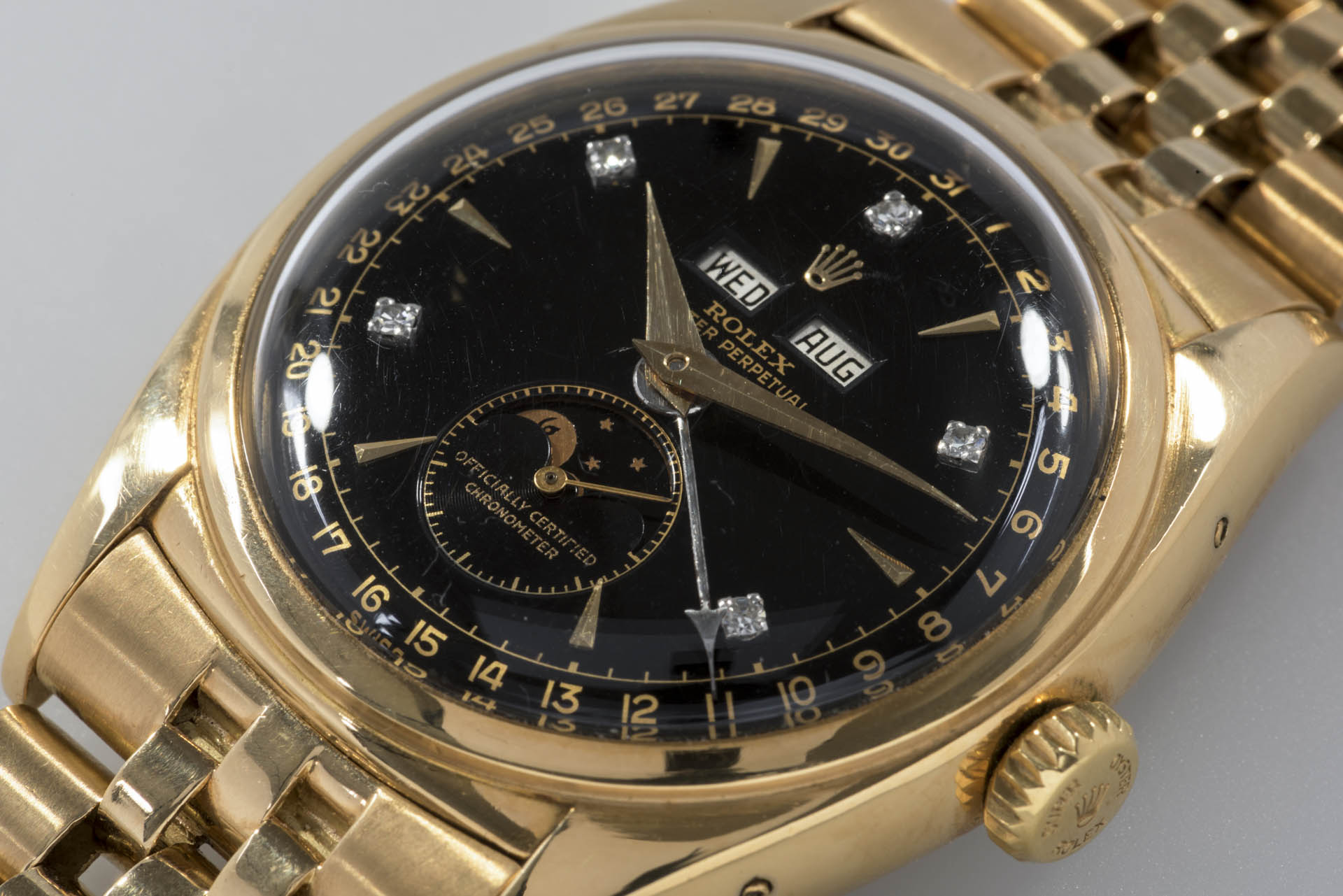 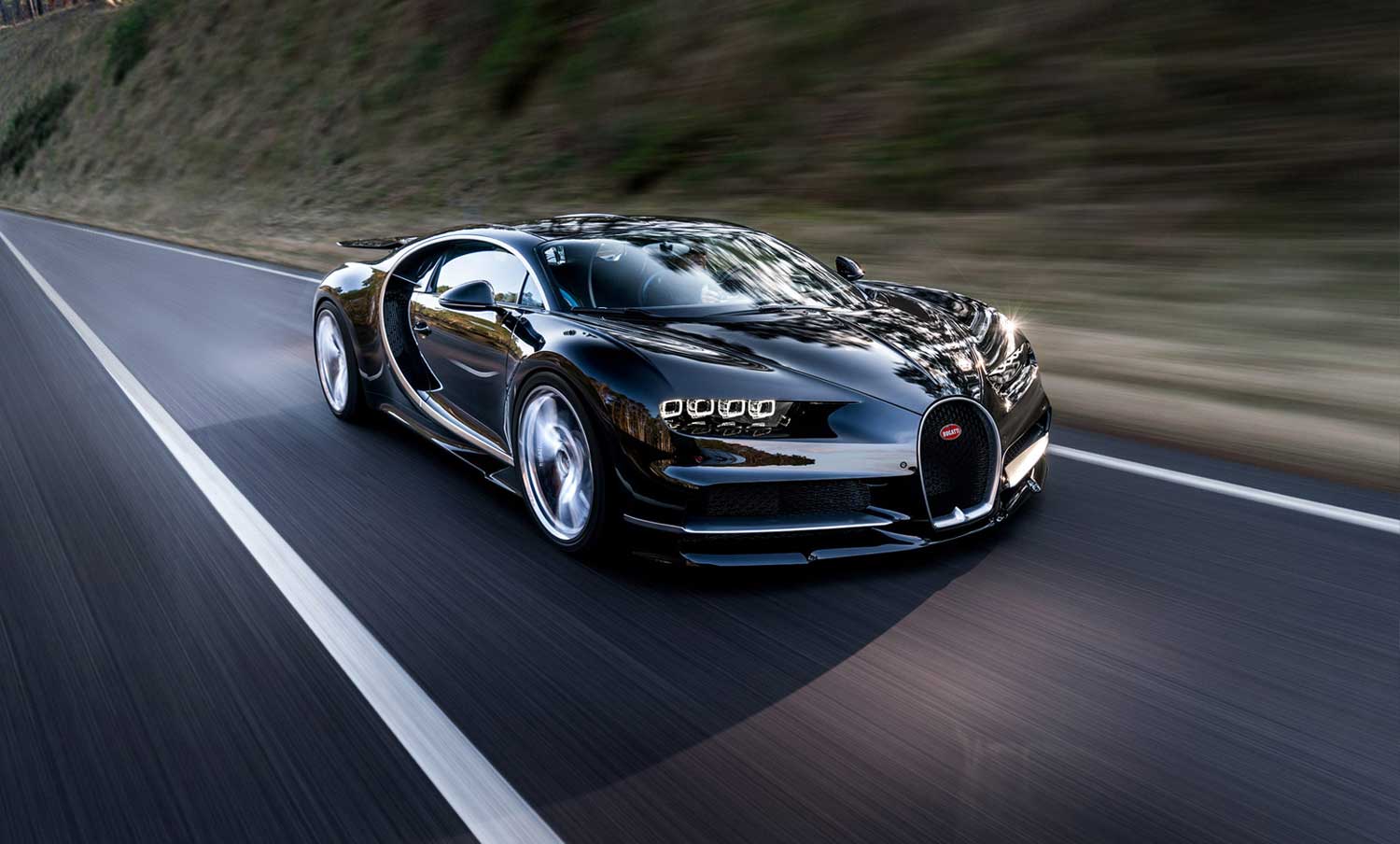 But back to the “C” word: Cosmograph. Almost as impressive and surprising as the “Bao Dai’s” sale, which was more than ten times the value of “normal” ref. 6062s, was the hammer price for a hyper-rare Paul Newman. The ref. 6263 with lemon dial is one of three known to exist. Yes, it’s handsome and cool and if you wore it at a Redbar gathering, you might be proffered more sexual encounters than George Clooney in a convent, but seriously? $3.7m? For a Cosmograph?

Further confounding observers was the failure of the Patek Philippe Calibre 89 to sell for the second time. One of four, it is among the most complicated timepieces of any type, but there’s an elephant in the room. Unlike the two Rolexes that fetched seven figures, the ’89 is a pocket watch. It is massive. You cannot (sensibly) wear it to an event and show off with it. It will never leave the desk stand (or safe) in which it is displayed. But perhaps there’s a lesson to be learned.

As one who finds “complications” ludicrous, I marvel at those who pay fortunes for useless functions, like minute repeaters and tourbillons and moonphase indication.

With the Calibre 89, we’re talking about a statement, a museum piece and a watch that lacks the sort of portability that a wristwatch possesses. While the value alone will prevent the two Rolexes from being worn without the presence of bodyguards, they could leave their vaults. The ’89? File it with your Chagalls.

What they have become are 21st century manhood, like the top speed in a car — speeds which are unobtainable anywhere bar a few test tracks. It’s as if all the people with money, who once were motivated primarily by taste and refinement, like Messrs Graves and Packard, have been replaced by those with masculinity issues.

Although I’m not among the Trump haters, I recognise in him and oligarchs like him the “need to succeed” – and not just succeed, but to browbeat, humiliate, undermine or slaughter one’s rivals. In this case, outbid. At this level, pure watch lust is not enough. I have no idea who spends seven figures on Rolexes, but I suspect the watches were purchased as much for investment as for love, and they are – like Bugatti Royales – too dear to use.

Russian or Asian collectors? Bored billionaires? Most of the collectors I know at the levels required even to get on Phillips’ mailing list are genuine watch zealots, who just happen to have high disposable income. They wear their watches. But of late, too many of them register dismay at the way things have gone, even if money isn’t an issue for them. But even the enormously wealthy do not like being ripped off.

George Bamford, one of the most admired Rolex collectors in the UK and who can afford to indulge, says he would not entertain paying such sums. He told Revolution, “Even if I was worth fortunes and fortunes, I have a top price in my mind that I will pay for a watch and, looking at Rolex and Patek Philippe, I’m priced out.”

Patek Philippe and Rolex have no peers in auction, aside from flukes with celebrity provenance, or the occasional hyper-rare Breguet. Recently, a Lemania chronograph worth £5000 sold for £162,000 because it belonged to Winston Churchill. I get that. If Elvis’ Hamilton Ventura left the museum, it would easily earn six figures. But a knackered Submariner or Speedmaster with a dial the colour of Horlicks?

Blessedly, beyond impecunity, there’s a greater reason why I show little or no desire to own either of the two record-setting Rolexes: I actual like neither of them. Now if you told me an early Explorer cracked a million? Then, I’d be impressed. Provided the dial was still black. 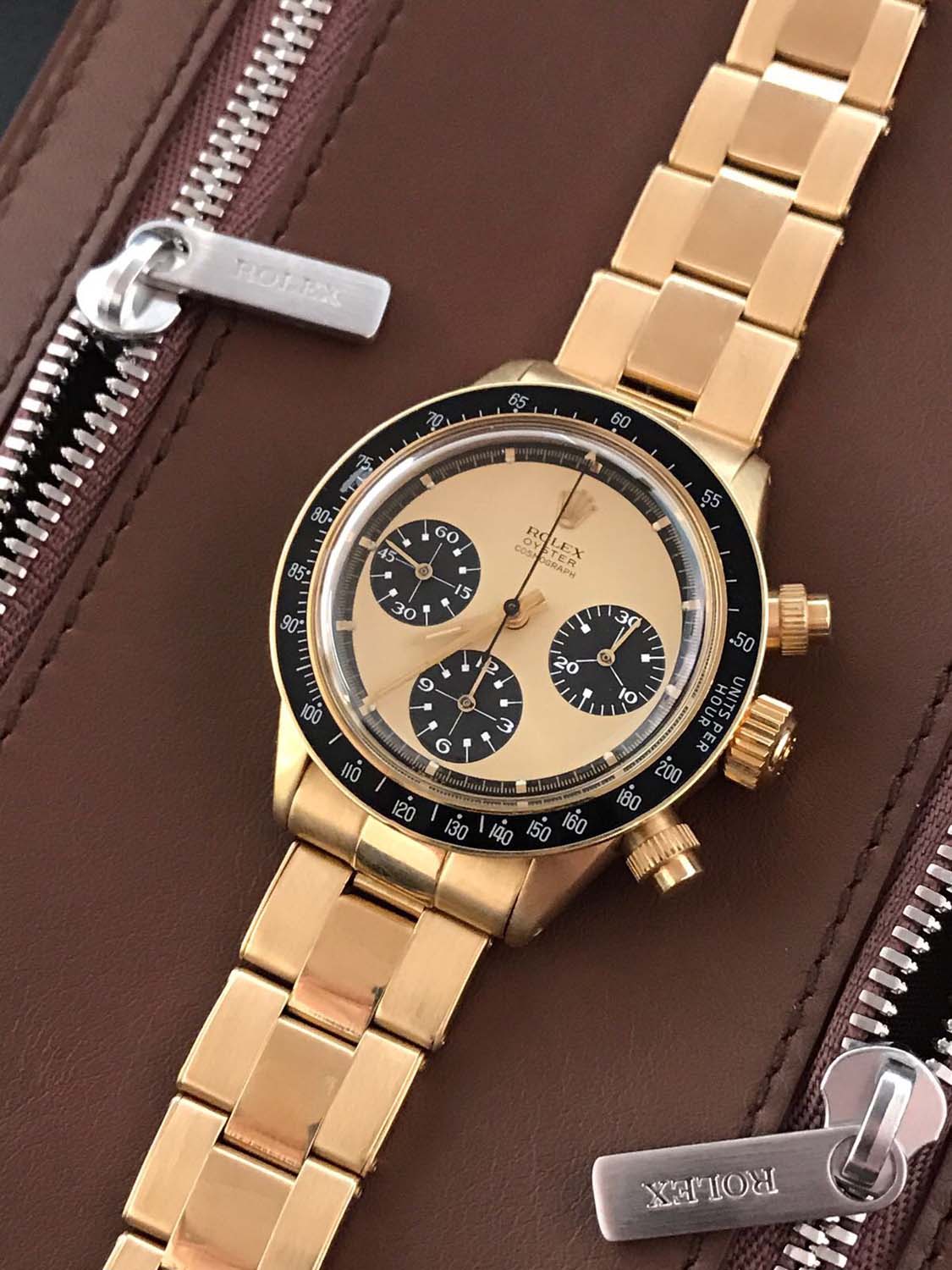 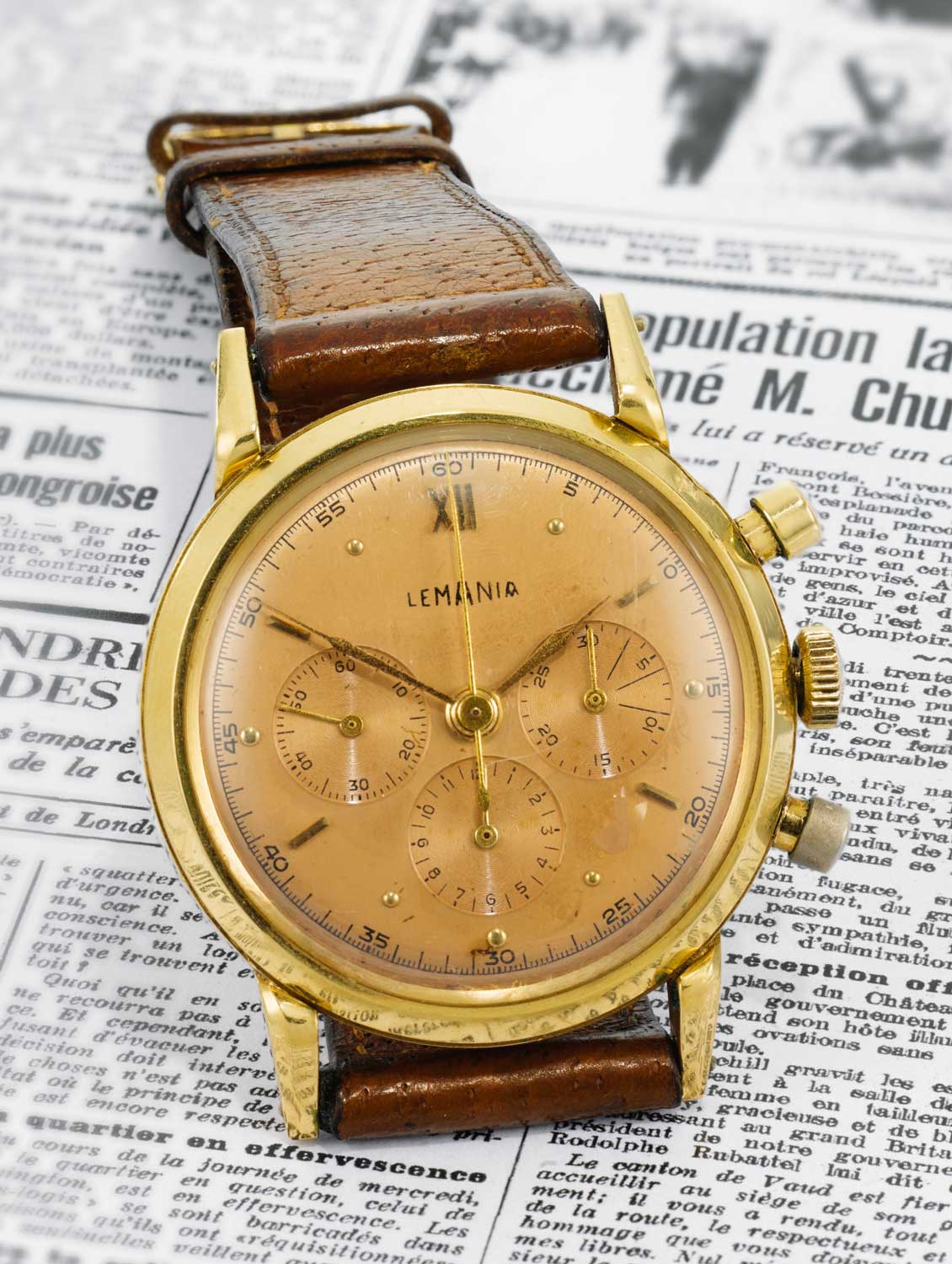 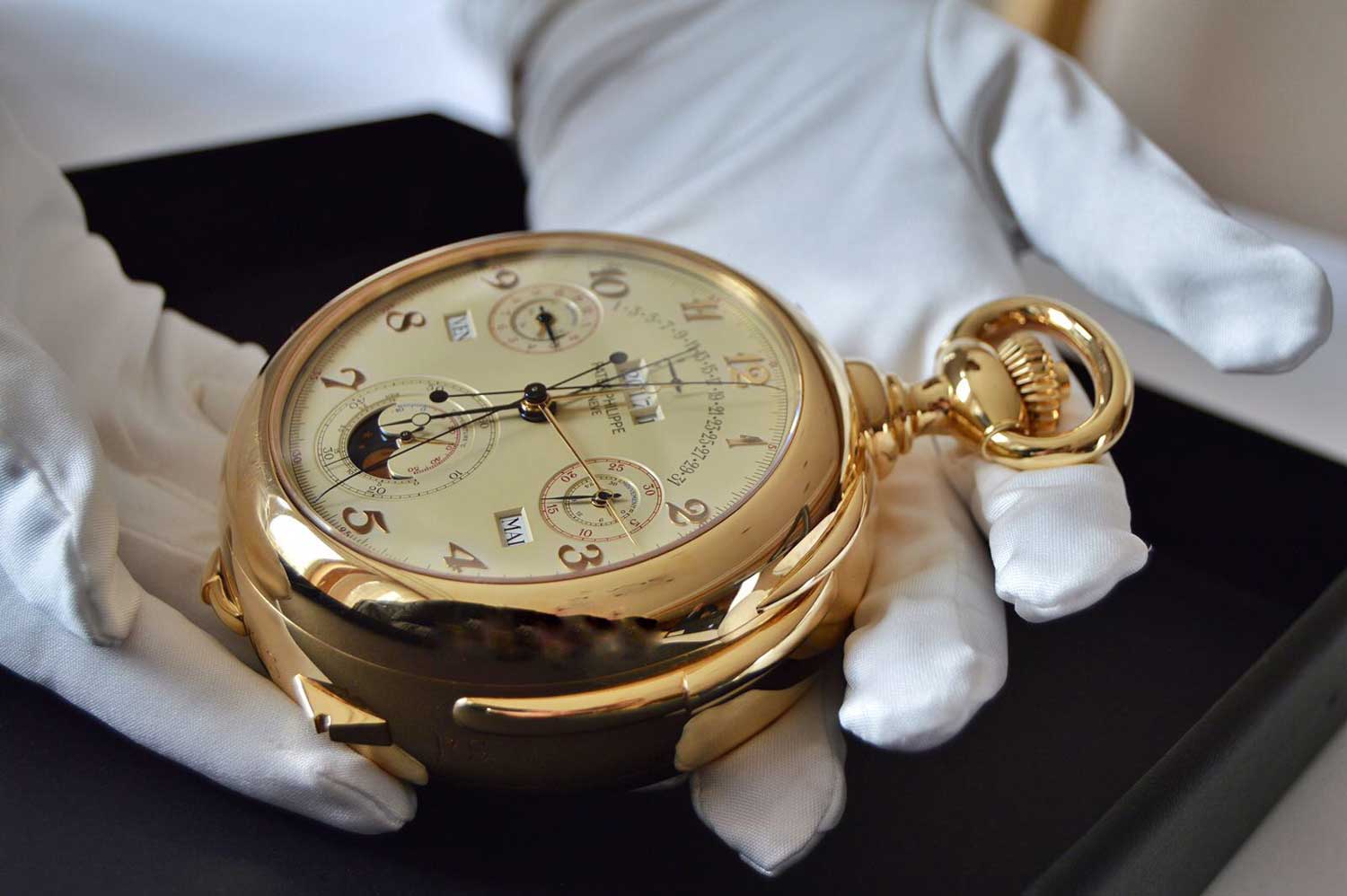