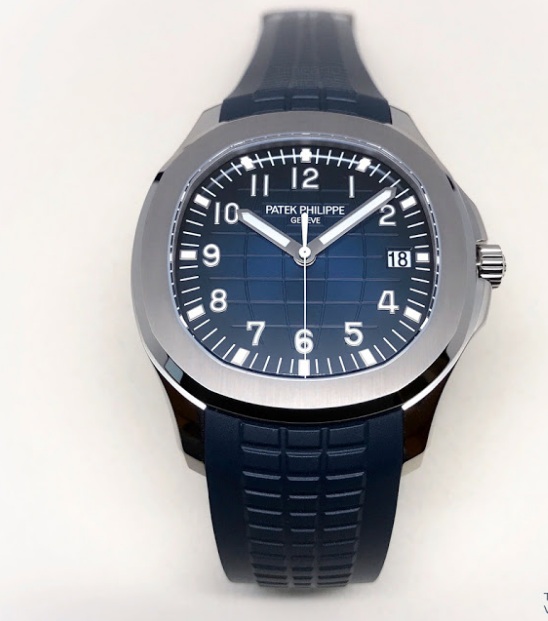 This year, Patek Philippe celebrates the 20th anniversary of its sporty Aquanaut collection that had its debut in Basel in 1997.

The brand has planned several premieres, the first being the new Aquanaut Ref. 5168G which is the first men’s Aquanaut wristwatch in 18K white gold. With its somewhat warmer hue, it clearly sets itself apart from stainless steel. But as with the other Aquanaut models (and the Nautilus watches), the design of the gently rounded octagonal bezel with vertically satin-finished flats and chamfered polished flanks remains unchanged. 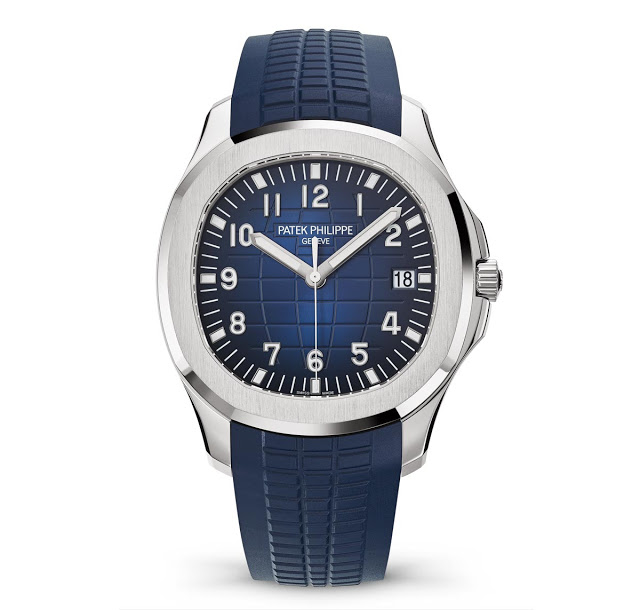 Another novelty is represented by the night blue colour of the dial that darkens to a subtly gradated black toward the outside. Its delicately embossed structure sets the stage for applied Arabic numerals in white gold that complement new luminous five-minute markers, also as appliques in white gold. 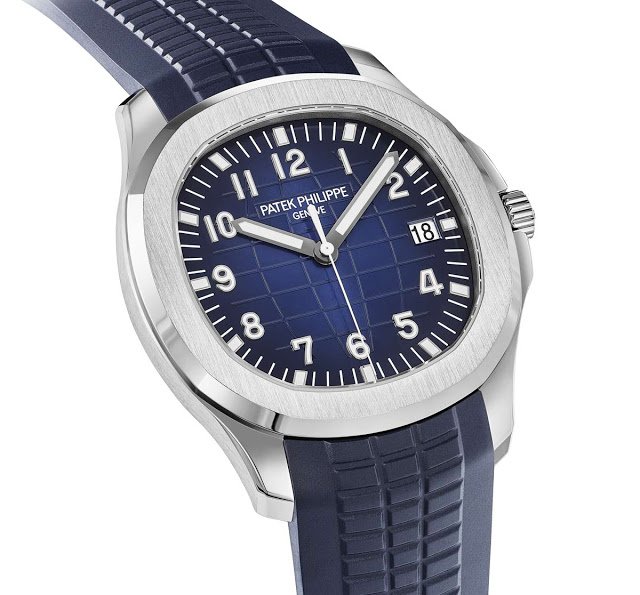 With a diameter of 42.2 mm, the Ref. 5168G is also the largest model in this line. The format pays tribute to the original 1976 Nautilus of the same size that was nicknamed “Jumbo” and today is still referred to by that name among collectors. 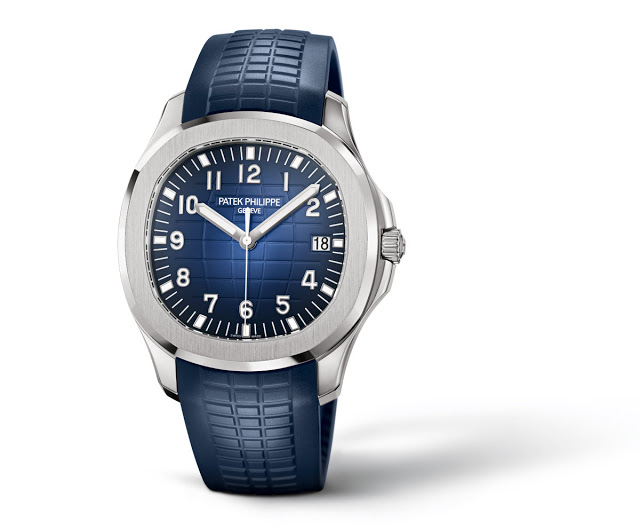 Water-resistant to a depth of 120 meters, the refined case houses the self-winding calibre 324 S C movement. Merely 3.3 mm in height, the movement is so flat that even with its elaborate seals and gaskets, the complete watch is just 8.25 mm thick. 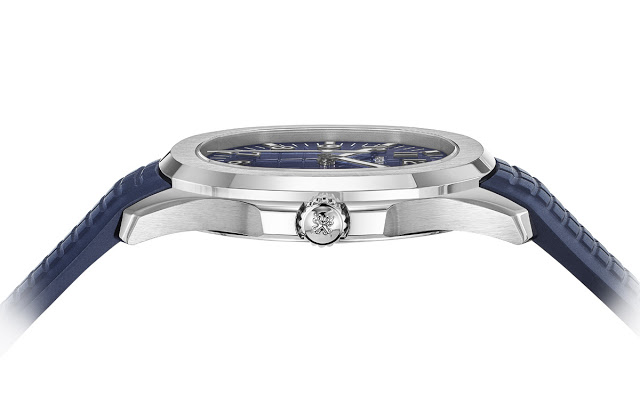 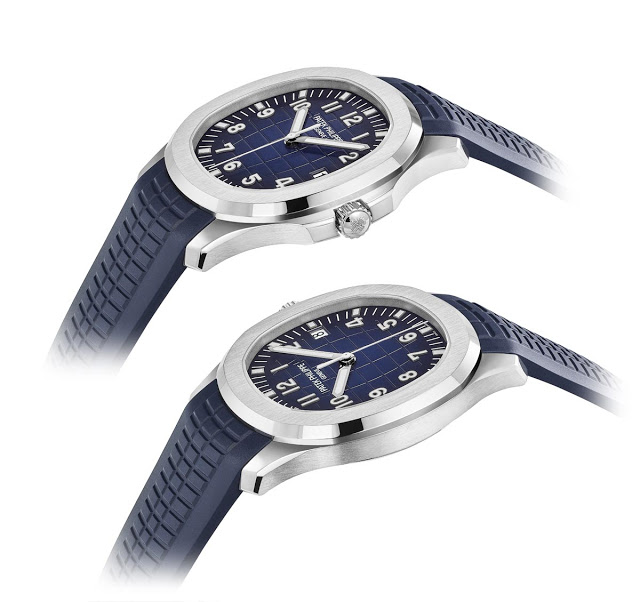 Its heavy central rotor in 21K gold provides a power reserve of up to 45 hours and it is decorated with perlage and Geneva circular graining as well as an engraved Calatrava cross, a registered Patek Philippe trademark. 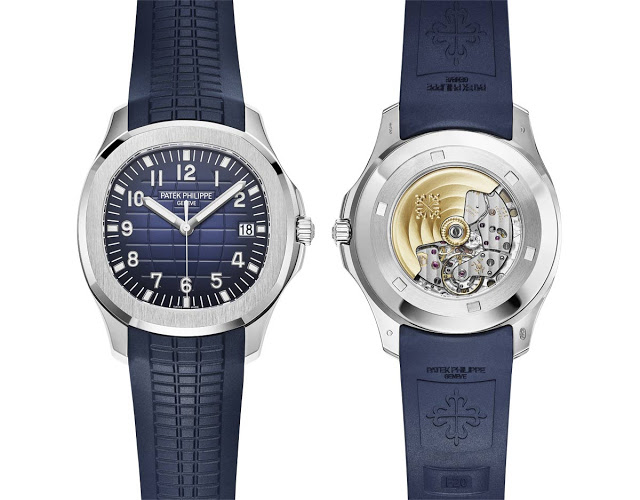 In terms of rate accuracy, the new Aquanaut has a maximum deviation of -3 to +2 seconds per day. The finishing of the movement is aligned to the Haute Horlogerie standards : Geneva striping, countersunk and polished bores, gold-filled engravings, and round-chamfered, polished edges that emphasize the shapes of the individual bridges.