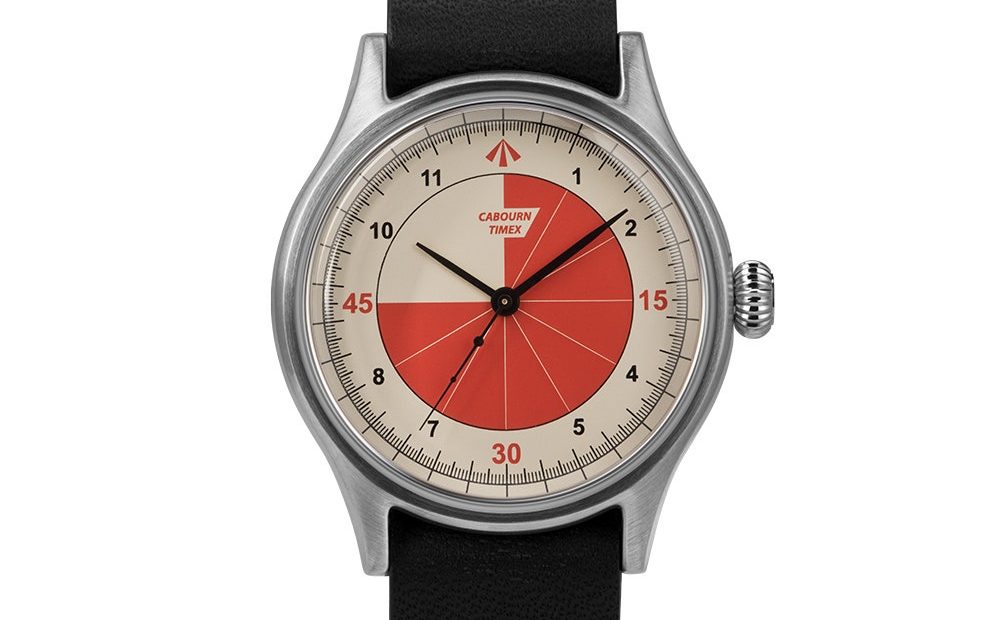 Yellow alert: vogue designer Nigel Cabourn has once again teamed up with everyman watch brand Timex to create another combat-ready edition motivated by his lifelong fascination with military apparel.
Long-time horophile Cabourn is often seen wearing a military Lemania and an IWC MK XII pilot’s watch simultaneously so as to keep track of time equally at home in the North East and together with his team in Japan.
Elements of the IWC’s dial affected the Nam edition and the new Survival watch, which takes its urgent yellowish hue in the Ministry Of War Transport seaman’s protective suit which features from the designer’s collection of over 4,000 pieces of military clothing.
Cabourn also drew inspiration from other survival devices, such as life rafts, life vests as well as the Ventile attachments utilized around the immersion suits which helped save the lives of RAF pilots and crew after emergency landings in”the drink”.

As a result, the opinion is provided with some leather-backed Ventile strap of the Nato slip-through type, attached to authentic, fixed-bar lugs. The piece also conveys the”Broad Arrow” government property markers on the dial, while the rear of the 36mm case is engraved with mock issue numbers.
The set is completed by a spare leather strap along with a yellow cotton carrying pouch based on a military mending kit and published with text describing the background to the Survival Watch.
Cabourn, 70, was introduced to Timex at 2017 as a consequence of his relationship with Newcastle’s End Clothing shop and, following the success of this Nam watch, ” he went on to create his own next piece with the US brand, the so-called Referee Watch.
Based on a classic football referee’s sport watch, it featured a 45-minute segment highlighted in orange and was supplied with a strap of claret and blue stripes — that the team colors of Scunthorpe United, the city where Cabourn grew up.