Who needs some attention after BaselWorld? Apparently, Vacheron Constantin has been feeling a bit ignored in the wake of the last few weeks and are now making sure they once again enjoy the full attention of the watch-loving world. Shortly after the dust has settled following Baselworld 2016, they are back at it again by announcing the Vacheron Constantin Maître Cabinotier Retrograde Armillary Tourbillon, a sequel – or rather, a little brother, if you like – to the most complicated watch ever made, the Vacheron Constantin Reference 57260 that we wrote about here.

You will likely remember the 57260 – if you don’t, I urge you to read our full explanation of it at the link above – a unique piece that Vacheron’s in-house skunkworks (that they for some reason prefer to call not that, but “Cabinotier”) developed on special order. Although its price remains unclear, Vacheron Constantin says it took them 8 years to develop the 57260 – and since, on average, the development of a new movement costs around 1 million Swiss francs per year, even if you’re as bad at math as I am, you will see that it only makes sense for them to try and amortize those development costs by releasing ever newer pieces based on it.

The Vacheron Constantin Maître Cabinotier Retrograde Armillary Tourbillon is the first in that line of spin-offs, and hence, it is also the first wristwatch at least partially built on the foundations of the 57260. The interesting thing to see here is what happens when you take a, relatively speaking, no-limits construction of a pocket watch – the 57260 was 98 millimeters wide and 50.55 millimeters thick – and try and squeeze some of it into a wrist watch. 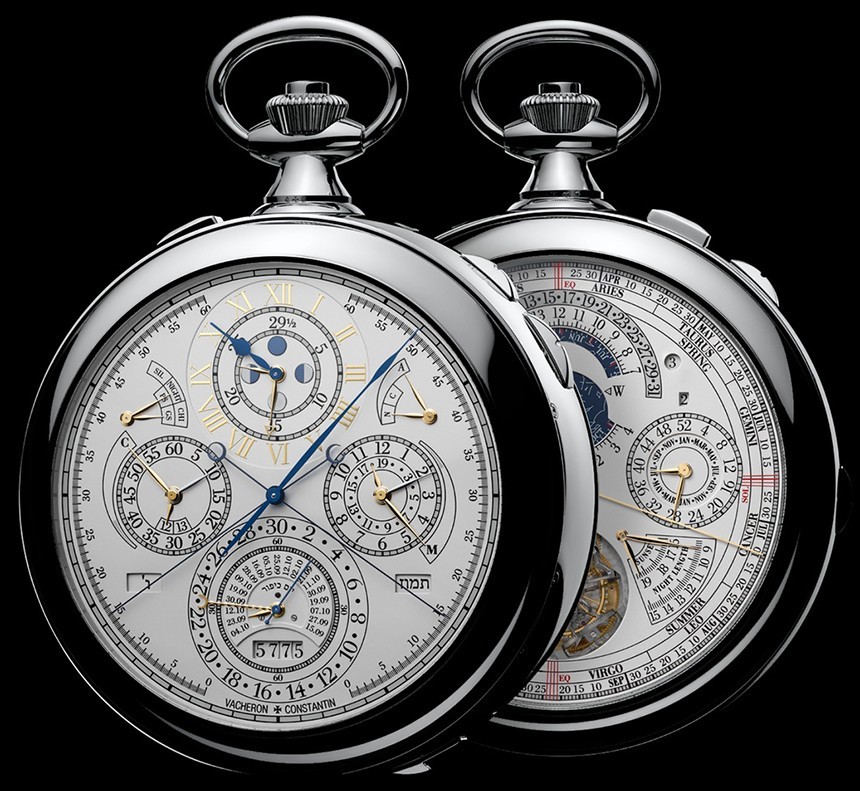 Unsurprisingly, this new piece lifts not all, but two of the new complications of the 57260: the armillary tourbillon and the bi-retrograde indication system. The reason for the weird name of the tourbillon is that the tourbillon mechanism is visually reminiscent of the armillary sphere, a scientific instrument comprising interlocking spheres. The armillary tourbillon inside the Vacheron Constantin Maître Cabinotier Retrograde Armillary Tourbillon has been dumbed down to a mere double-axis one from the triple-axis version of the 57260. Still, a trademark visual feat remains: once every 15 seconds, the cages stand in a position where they reveal the company’s Maltese cross logo – and this time around, you can see it through both the dial, case back, and case sides, while it was hidden deep inside the bowels of the dual-dialed 57260.

The case is a whopping – and barely wearable – 45.5 millimeters wide and 20.06 millimeters thick; although that, presumably, also includes the dome of the sapphire front element that incorporates the upper cage of the armillary tourbillon. A neat detail is the sapphire crystal set into the side of the 18k white gold case, allowing for a side view of the tourbillon as it’s spinning away frantically.

The Vacheron Constantin 1990 caliber is 35 millimeters wide and 10 millimeters thick, is composed of 299 components and 45 jewels, runs at 2.5 Hertz or 18,000 vibrations per hour, and boasts 65 hours of power reserve. The bridges received a dark gray NAC treatment to look cool and crisp when viewed from the case back. The dial is “silver colored,” which is a bit of a disappointment, as one would expect to see a more precious base for the face of the watch. The hour markers are in 18k white gold, while the hands are in titanium because… 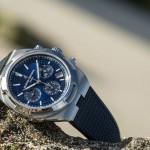