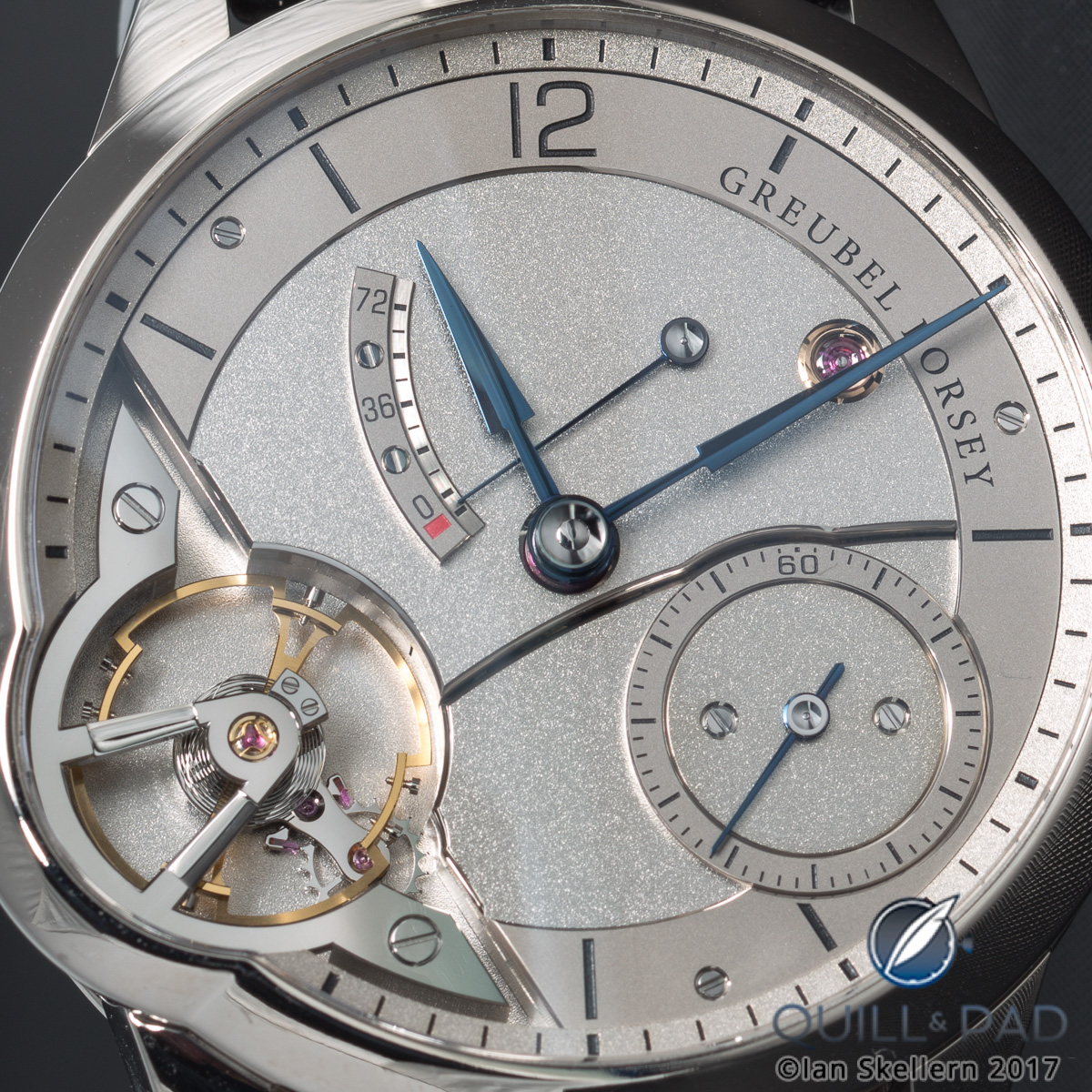 In watchmaking, complications are widely appreciated because they both look good − there’s often plenty of visual action to marvel at − and it’s easy to appreciate the skills of the developer and watchmaker in designing, assembling, and regulating an obviously complex micro machine consisting of many hundreds of interacting components.

But that obvious complexity can also draw the viewer’s eye and attention away from seemingly minor details like less than perfect fine finishing and not quite harmonious design.

When you strip away complexity, there is nowhere to hide: everything has to be absolutely perfect because the viewer’s gaze has no distractions. Just as the smallest of scratches on the otherwise unblemished paintwork of a new car appear magnified to our eyes, the design and execution of a relatively simple watch have to be flawless. 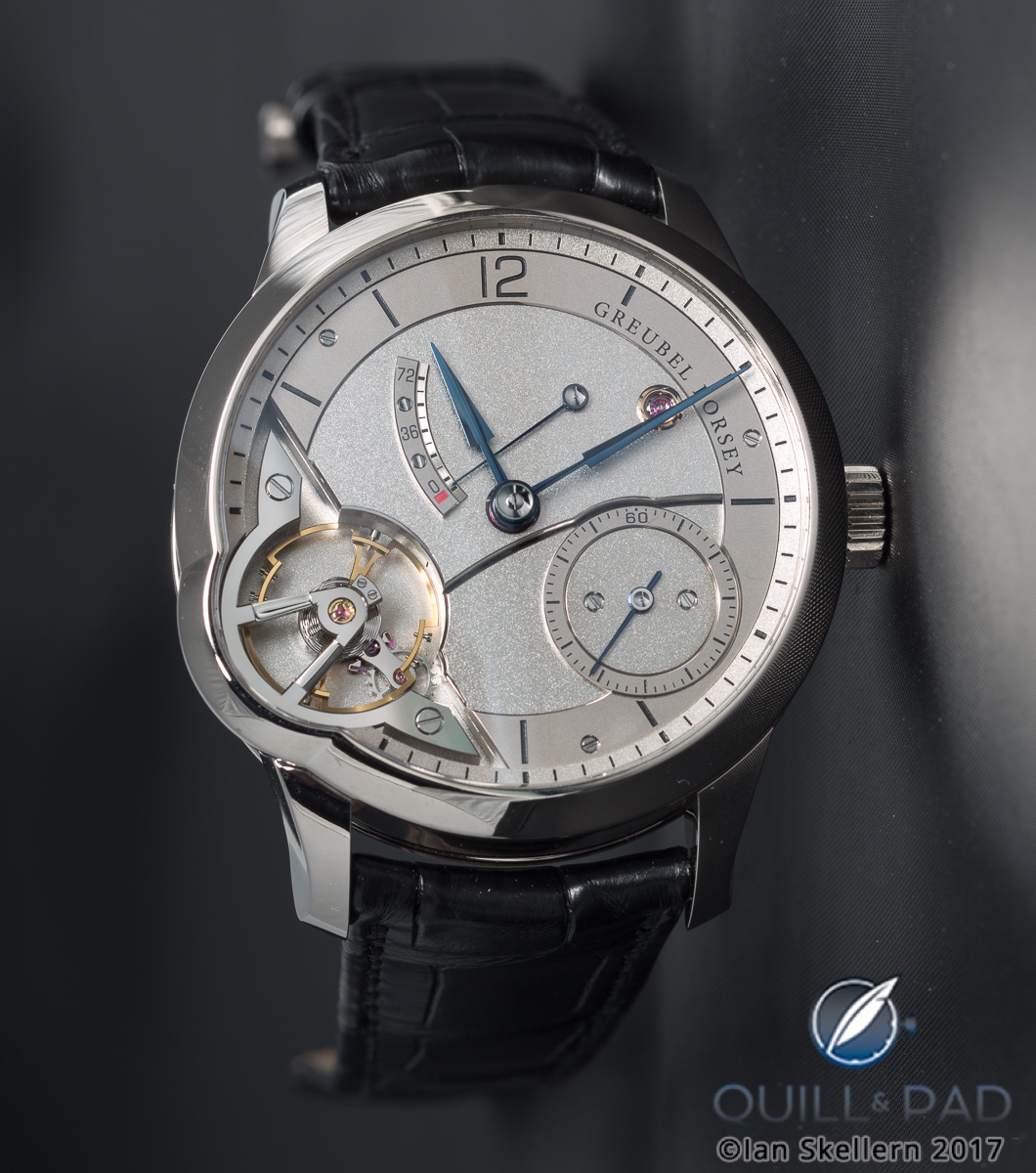 It should surprise no one that the Greubel Forsey Balancier has achieved that.

While the Balancier is neither Greubel Forsey’s simplest timepiece nor its most affordable − those two accolades go to the sublime Signature 1 (see Signature 1 By Greubel Forsey And Didier Cretin: Traditional In A Non-Traditional Way (And Check Out The Click!) − it has a traditional, though nevertheless extremely well thought out, regulator: there is no trace of the multiple inclined tourbillons that the brand is usually known for. 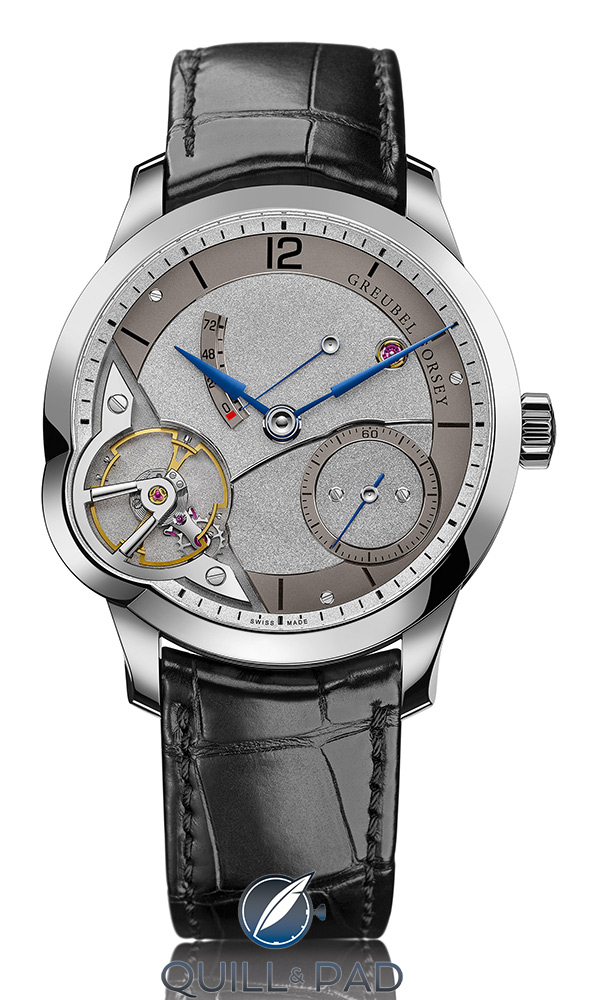 The Balancier indicates hours and minutes and boasts a 72-hour power reserve indicator. Plus there is that large-diameter, relatively slowly oscillating (3 Hz) balance in full view on the dial, which gives the watch its name. 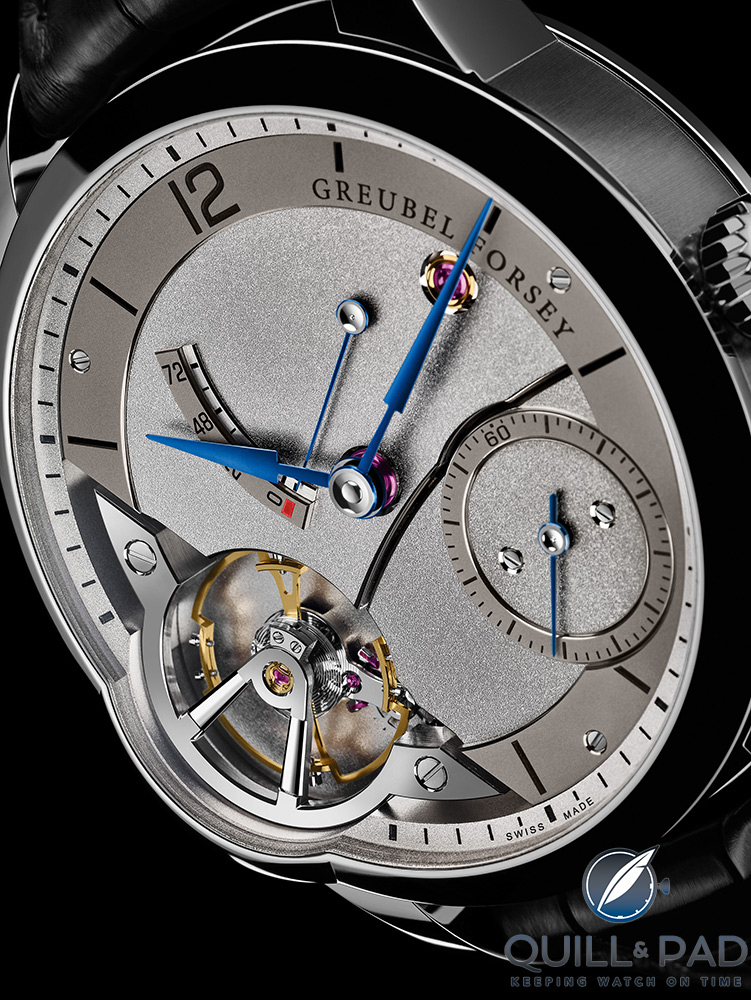 The frosted dial is well laid out and the heat-blued hands make for highly legible read-off. And while the engraved, black lacquered-filled and hand-lapped indexes are quite discrete in highlighting the care and attention that has gone into the dial, the complex form of the hand-polished balance bridge stands up and shouts GREUBEL FORSEY!

And, in a nice touch, there is a narrow window set into the caseband at 8 0’clock allowing both light into, and an alternate view onto, the balance wheel. 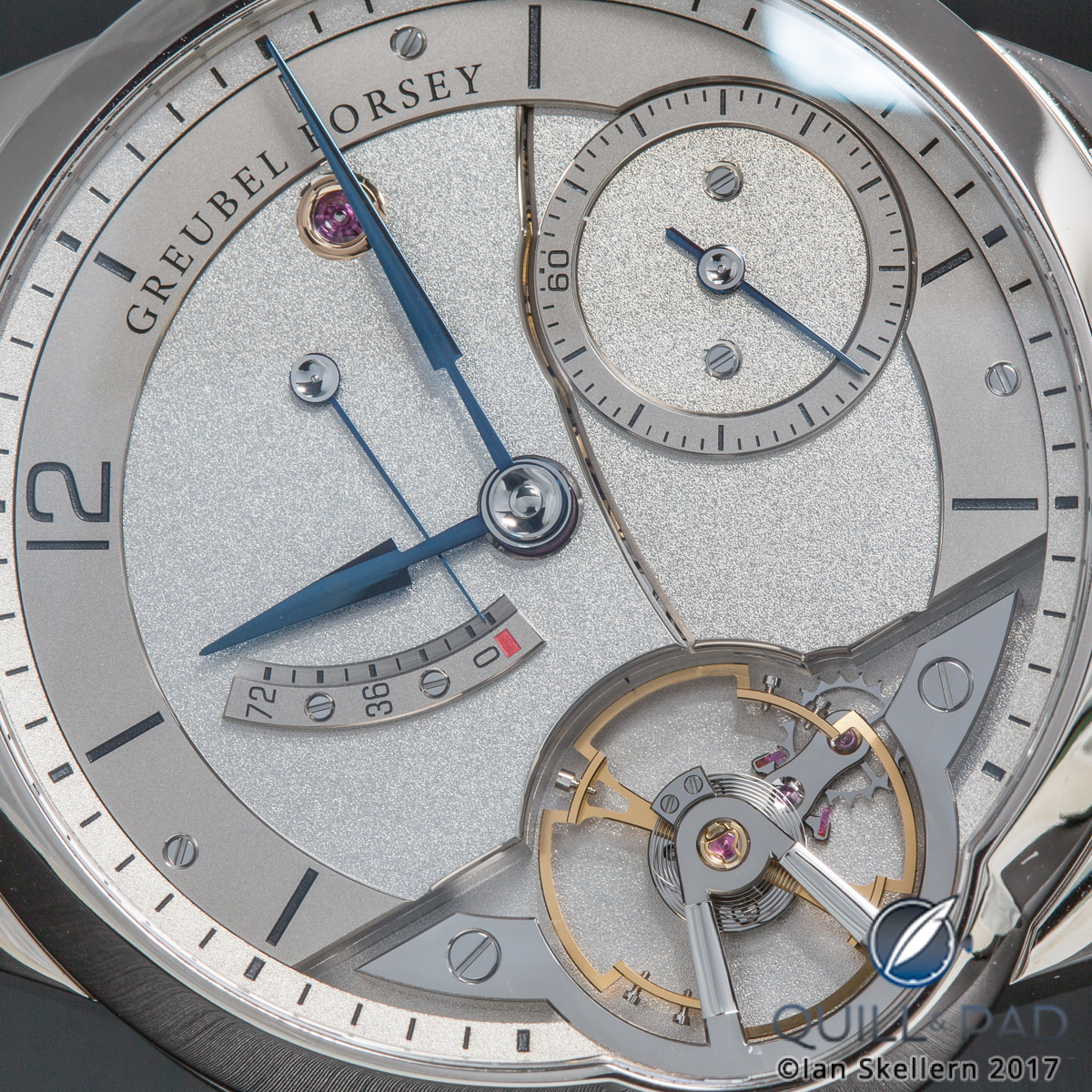 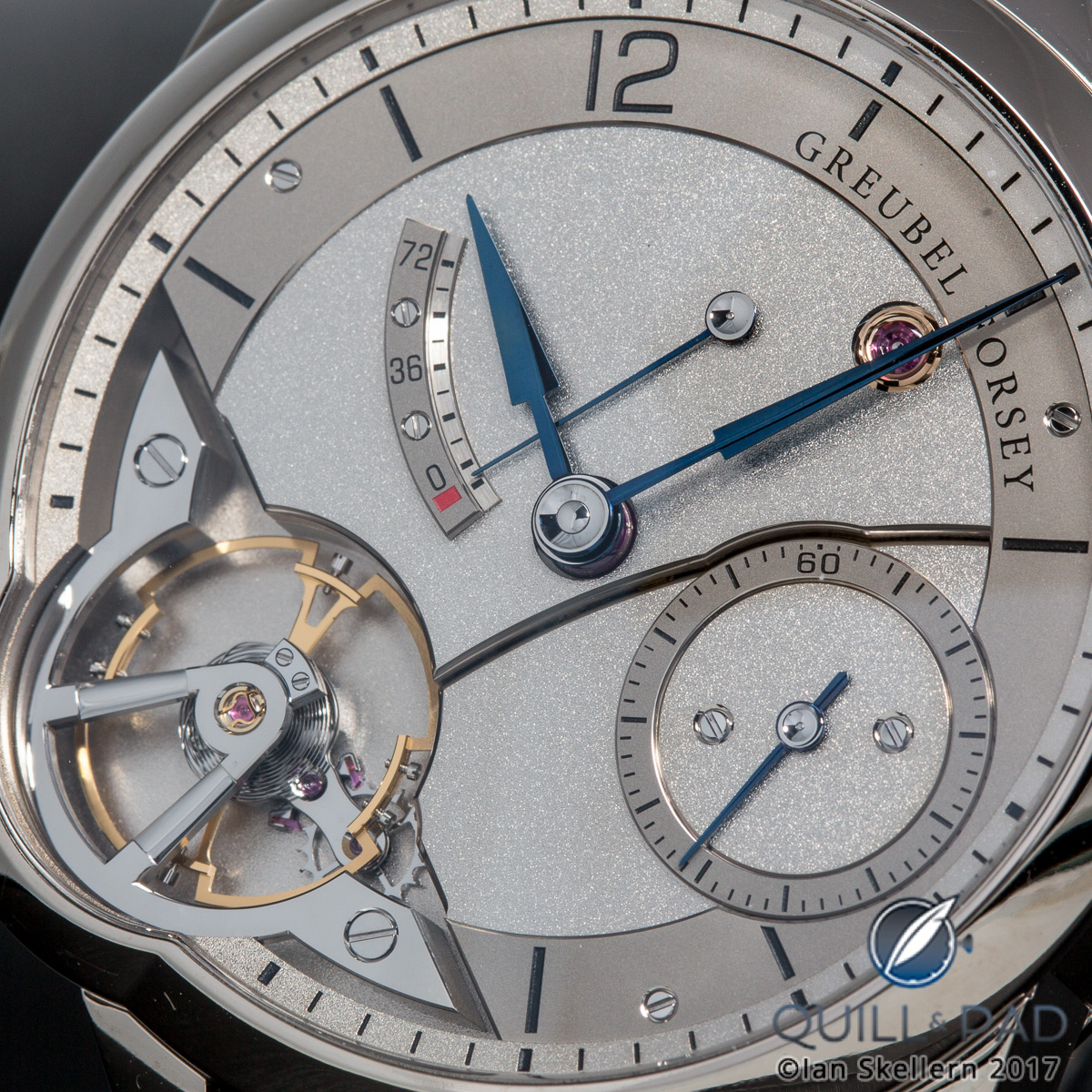 That large 12.6 mm balance balance wheel was developed in-house by Greubel Forsey (as is everything else in the movement) and features in-house variable inertia with six gold mean-time screws. But perhaps both more importantly and more easily understandable for most, the balance also has a stop function activated by the crown, making precision time setting so much easier. 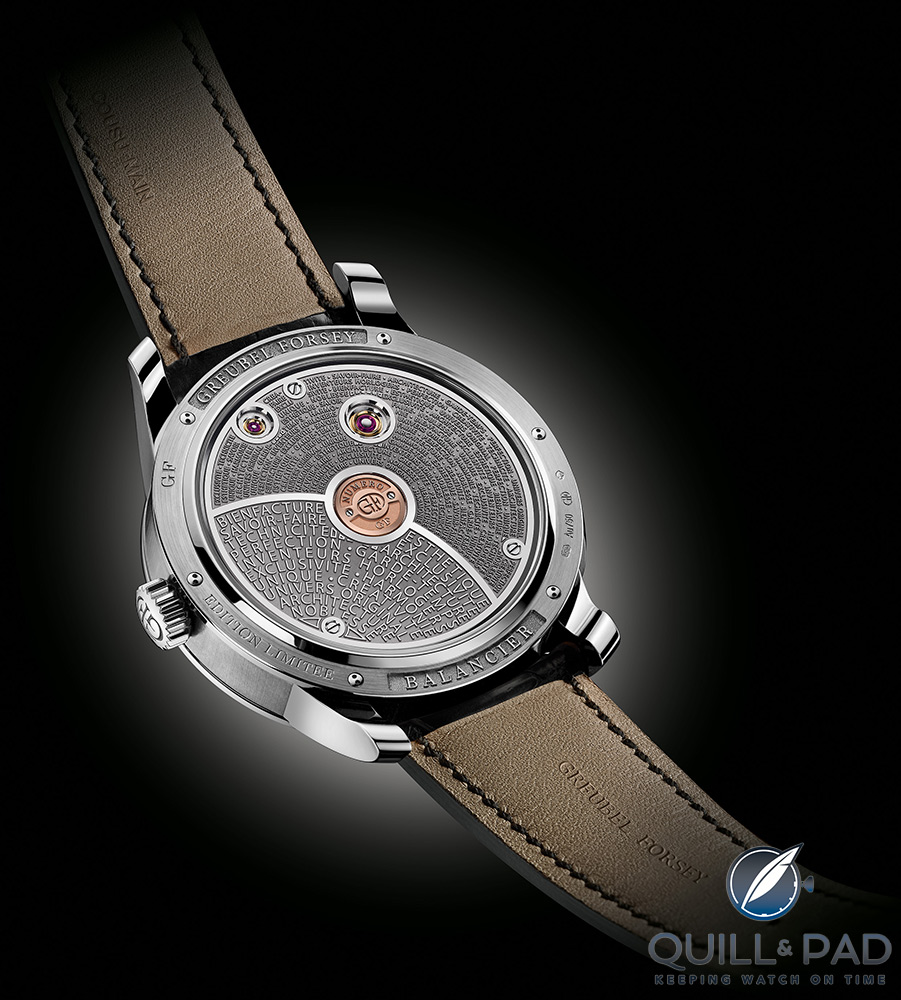 Back of the Greubel Forsey Balancier

Turning the watch over, the display back reveals two large plates completely covered with bas relief text (so you will always have something to read if your phone goes flat) and punctuated by two large mirror-polished countersunk jewels. 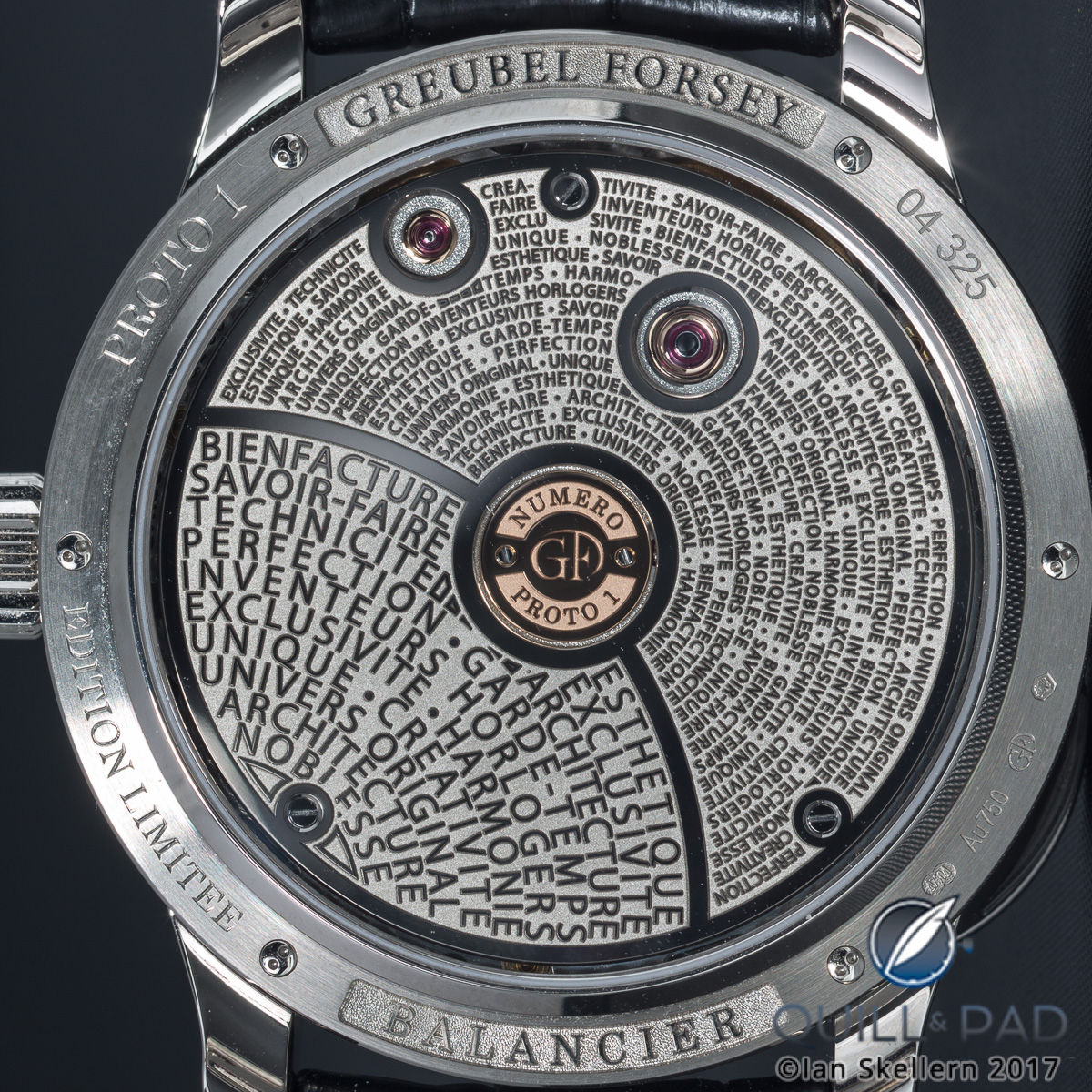 View through the display back of the Greubel Forsey Balancier

The subdued back of the Balancier serves as a contrast to the busier dial side.

For those following Greubel Forsey, another contrast worth noting is the timing of the presentation of the relatively simple Balancier, which comes just a couple of months after the brand launched its most complex timepiece, the Grande Sonnerie (see Greubel Forsey Grande Sonnerie: Confounding Expectations In A Class Of Its Own (Live Photos, Wristshot, And Video). 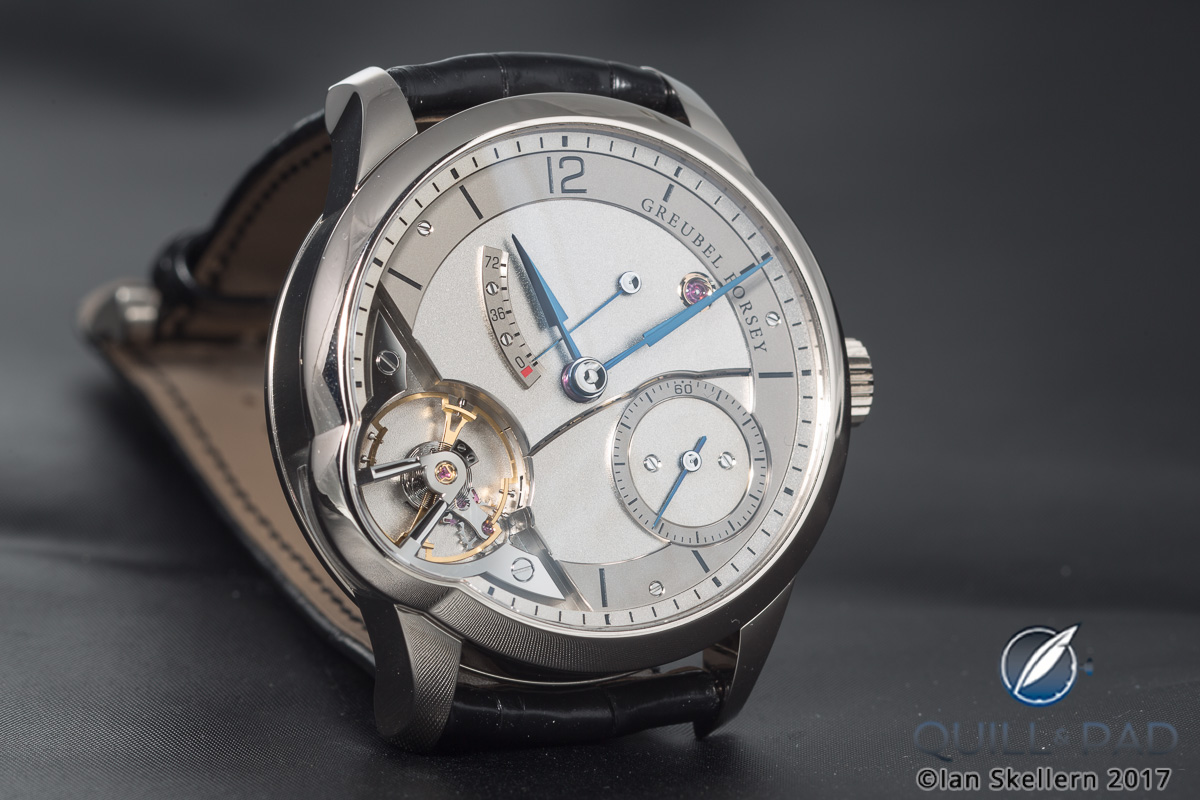 The Balancier may not have the multi-tourbillon bells and whistles of other more complex (and more expensive) timepieces by the brand, but in its flawless design and execution there is no mistaking that it is 100 percent pure Greubel Forsey. 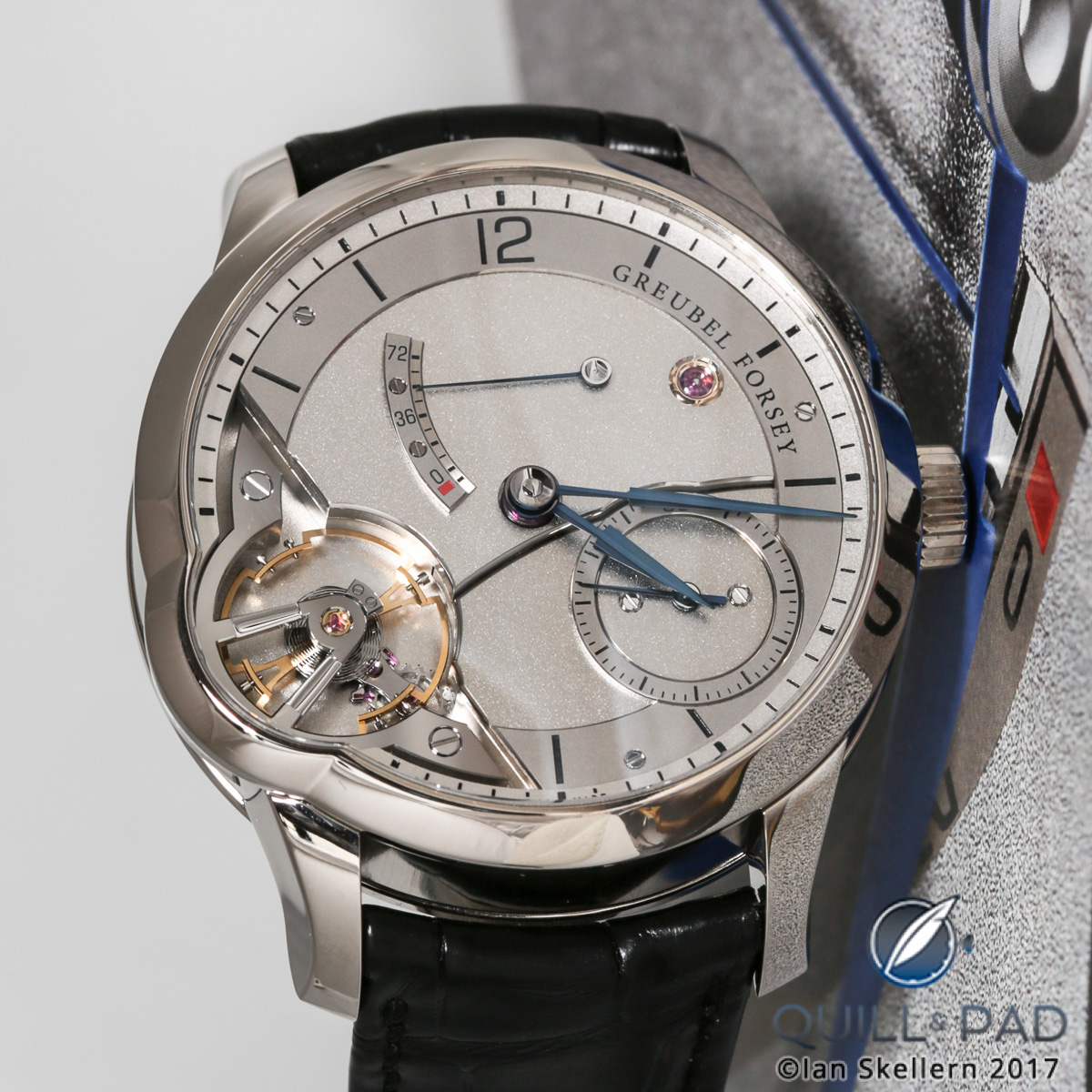 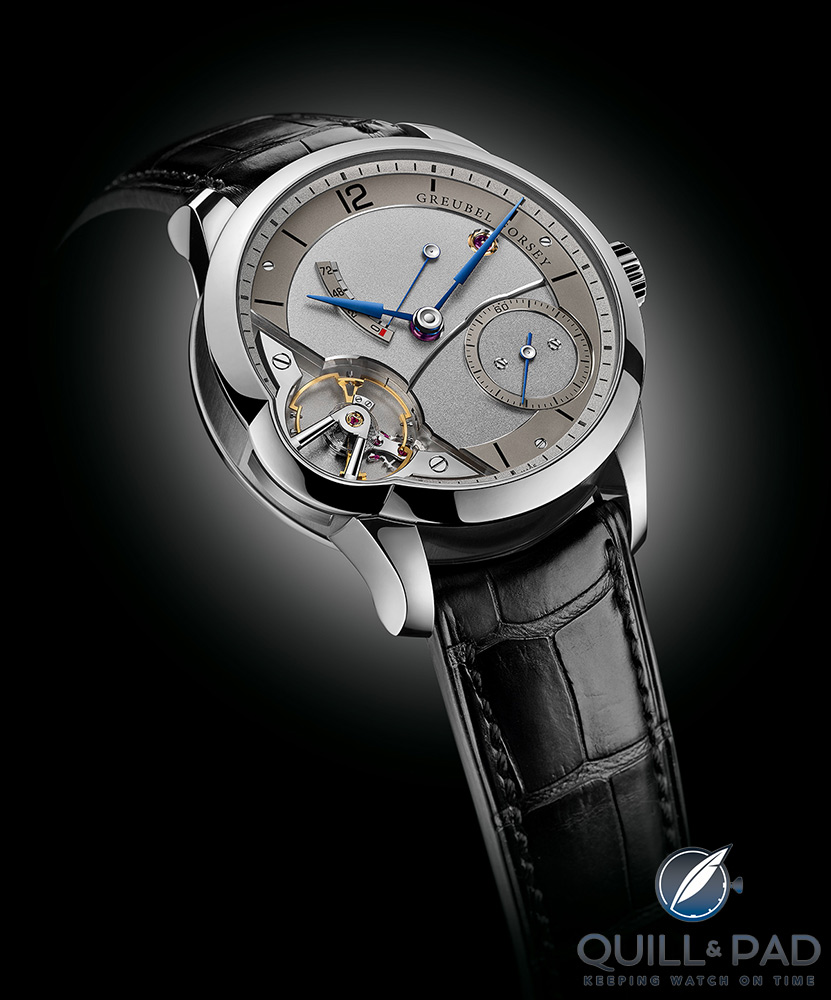