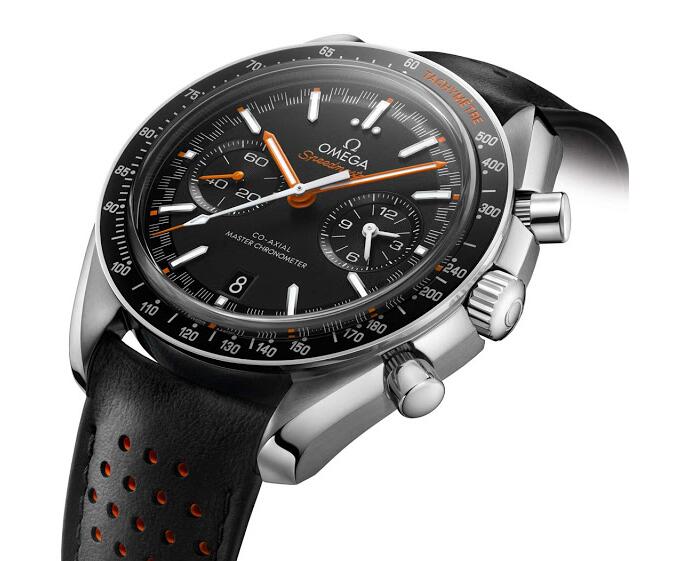 As a preview of Baselworld 2017 novelties, Omega introduced the new Speedmaster Racing Master Chronometer, a classic variation of the Speedmaster with a distinctive minute-track style which first appeared on a 1968 Speedmaster model. 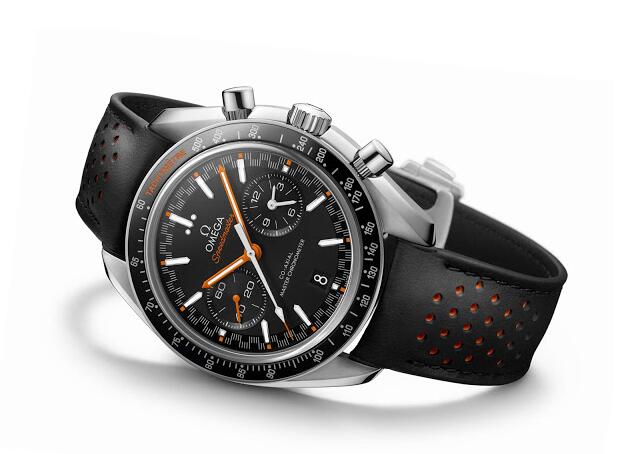 The new model is characterised by a matt-black dial with orange markings and bevelled white gold arrowhead indexes that are filled with white Super-LumiNova.

The subdials have also been slightly expanded for improved readability and the 44.25 mm stainless steel case is thinner than previous versions thanks to the work done on the sapphire crystal in particular. 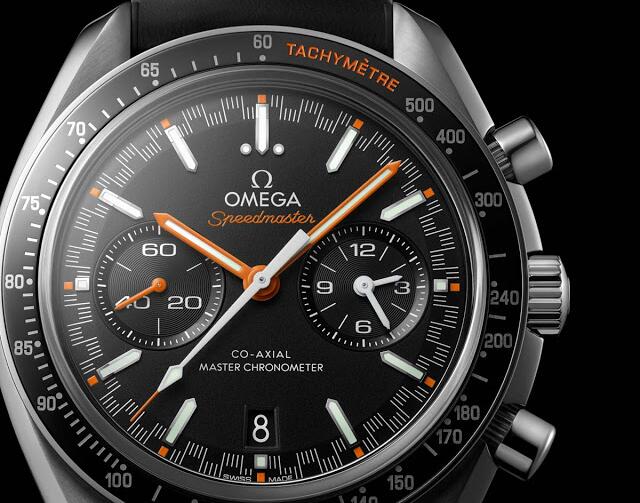 The polished ceramic bezel features a brushed Liquidmetal tachymeter scale as well as distinctive orange wording that matches the colour of the varnished hands and tip of the seconds hand.

The robust black leather strap contains a section of orange rubber through the middle. A milling tool has then been used to create micro perforations through the constructed strap that reveal the orange rubber inside. This perforated design provides the perfect sporty look and also has the benefit of aerating the wearer’s skin.

The Speedmaster Racing Master Chronometer is powered by the Calibre 9900, a self-winding chronograph movement with column wheel mechanism and Co-Axial escapement. The 2 barrels mounted in series guarantees 60 hours of power reserve. 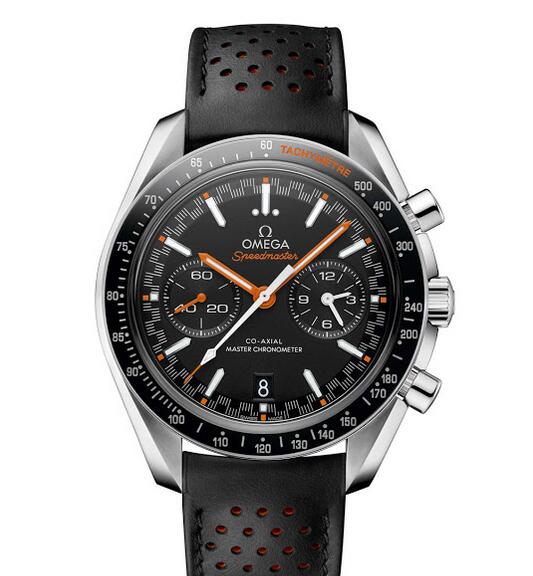