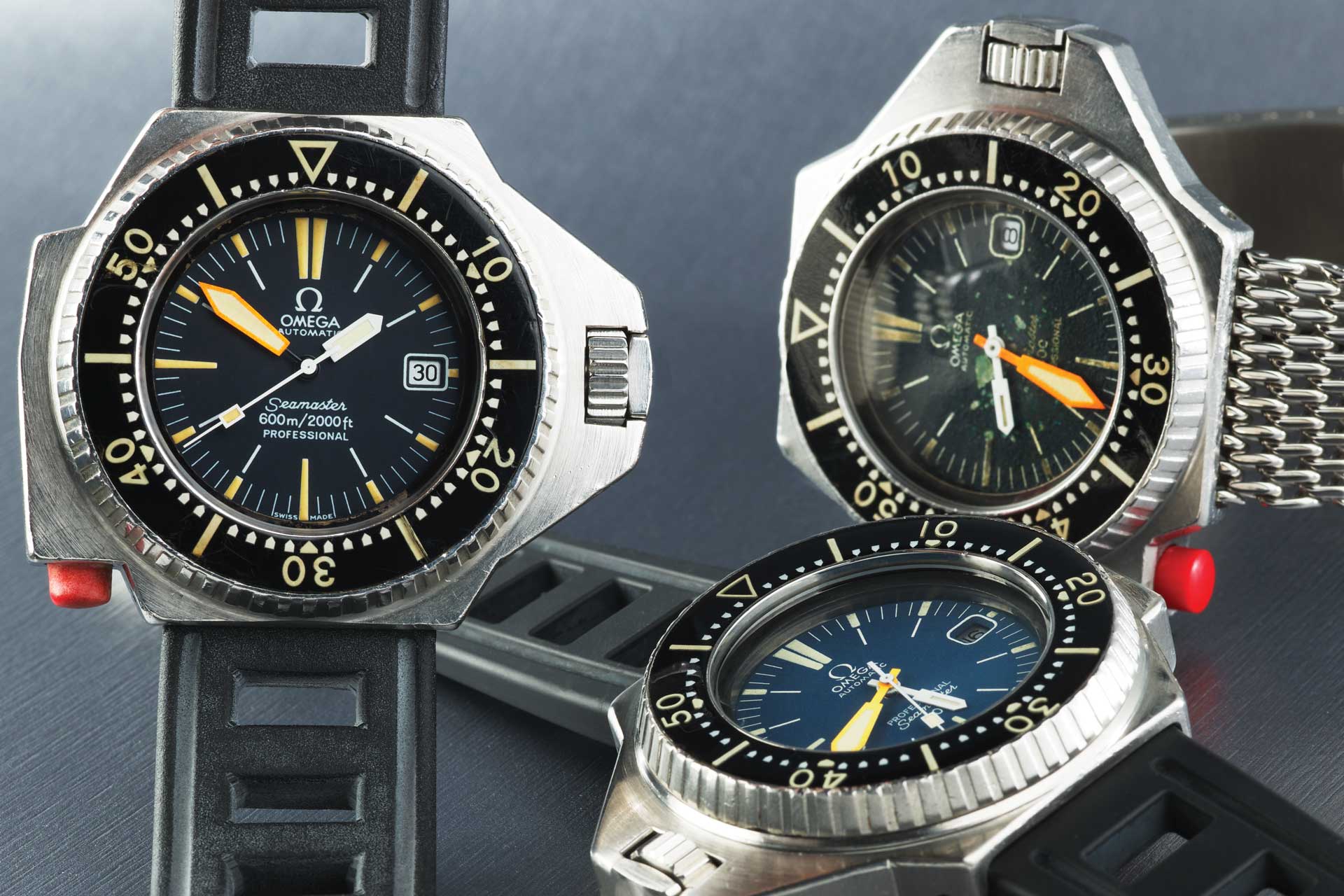 The Ploprof’s aggressive polygonal lines could well have emerged from the pen of the Cubist artist and philosopher Albert Gleizes, but the shape of this horological juggernaut can be shown to be entirely functional. It is a tool in its purest form.

The name, like many of the best, arises from the watch community, rather than from the manufacturer. Other Omega dive watches of lesser resistance were OK for sport use, but the Seamaster 600 was for grown-ups. Plongeurs professionnels even now, are men with disproportionately high incomes and unexpectedly short lifespans. Theirs is a world of underwater welding, recovery of sunken ordnance and the inspection of pier footings. Thus was the nickname born.

A reliable watch is indispensable to every diver; watches like the Sea-Dweller, the Doxa Sub, and the Ploprof were a crucial part of the energy industry’s success in the 1970s, with booming offshore exploration and engineering. 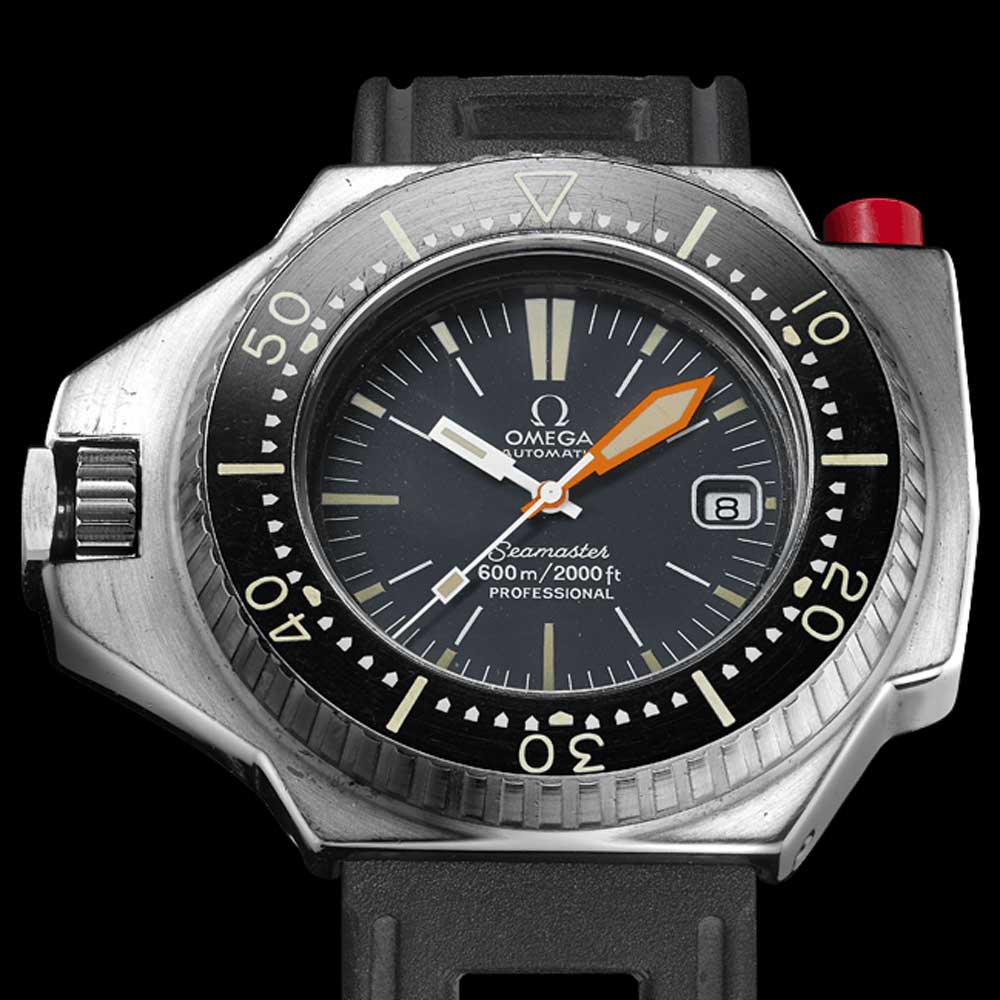 In 1970, Omega co-operated with specialist dive engineering firm COMEX, the oil company Elf, and the French Centre National pour l’Exploitation des Océans, in testing a watch that could withstand the deadly forces encountered by divers working at depth. Three prototype Ploprofs accompanied divers on the undersea Janus II expedition, spending four hours a day diving at 255m. During this eight-day excursion, the men lived on the ocean floor in a dry, pressurised undersea habitat, not surfacing for over a week. Later the same year, the watch was successfully tested to nearly double that pressure, on the wrist of Jacques Cousteau, l’Homme Poisson himself.

The aim of these tests was ostensibly to secure contracts to supply dive watches to COMEX, however, the contract ended up being awarded to Rolex instead. Unlike the Sea-Dweller, the Ploprof has no helium escape valve. Indeed, it doesn’t need one. Its unique construction does away with the necessity to vent pressurised gas from inside the case. 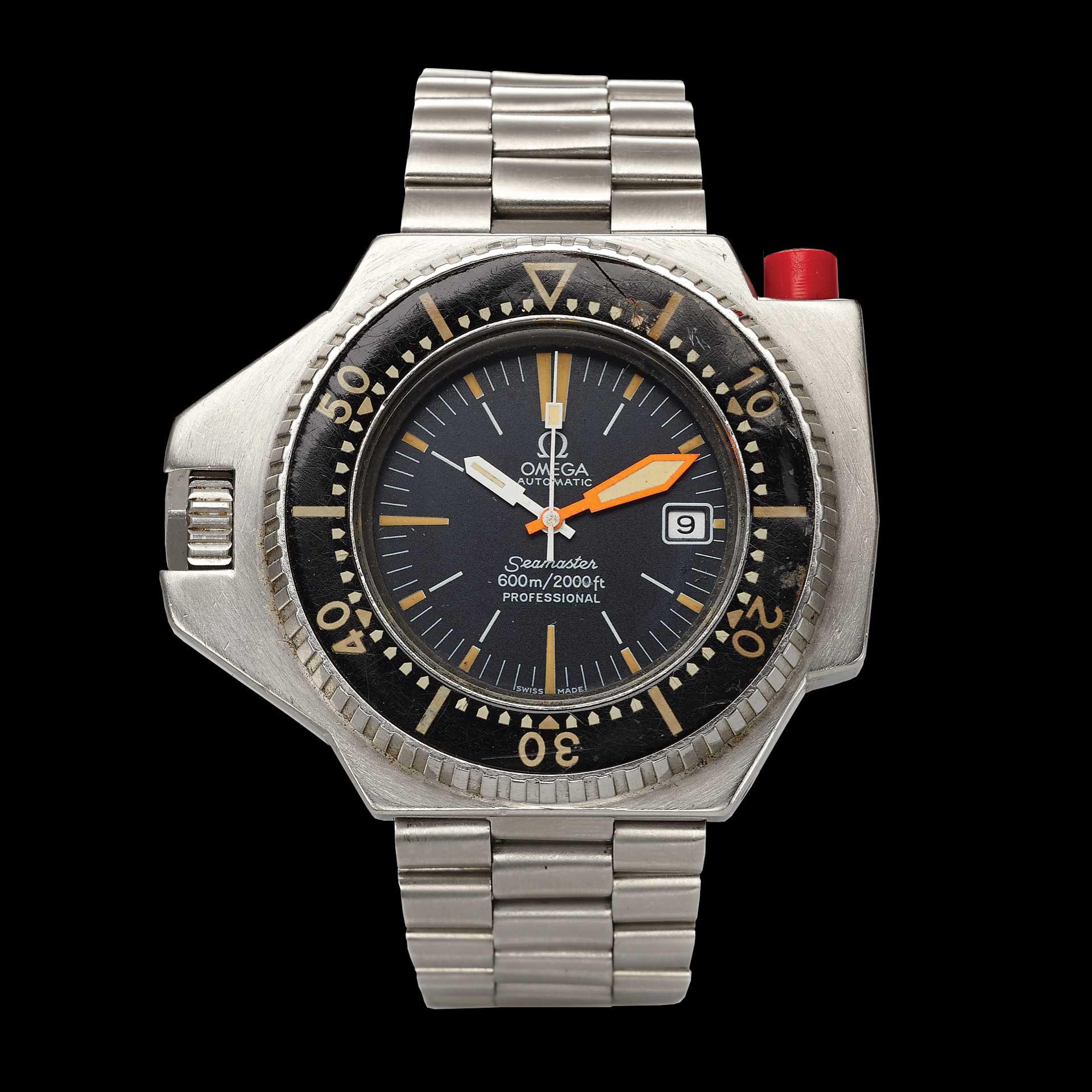 In diving beyond certain depths, both oxygen and nitrogen (the gases we normally breath), become deadly. Whilst on long-duration dives, divers breathe a gas that has all the nitrogen and most of the oxygen replaced with helium (we actually only need a tiny fraction of the oxygen we inhale). This helium substitution applies to breathing cylinders as well as to medical decompression chambers, and the air in the undersea habitats.

Inside the high-pressure underwater habitat, the helium-rich atmosphere, with its particularly small molecules, slowly leeches into solid objects. When it finds its way into a sealed capsule, like a diver’s watchcase, the space inside slowly fills with the high-pressure gas. Upon finally surfacing, the gas inside the case tries to expand. This is when a helium release valve comes into its own: excess pressure simply vents. If there were no way out and, crucially, if the watchcase weren’t strong enough, it would explode. However, much like an oxygen cylinder, a strong watchcase can contain high-pressure gas without harm. This is the concept of the Ploprof. It’s the mantra of an engineer I know: “Nothing too strong ever broke!” 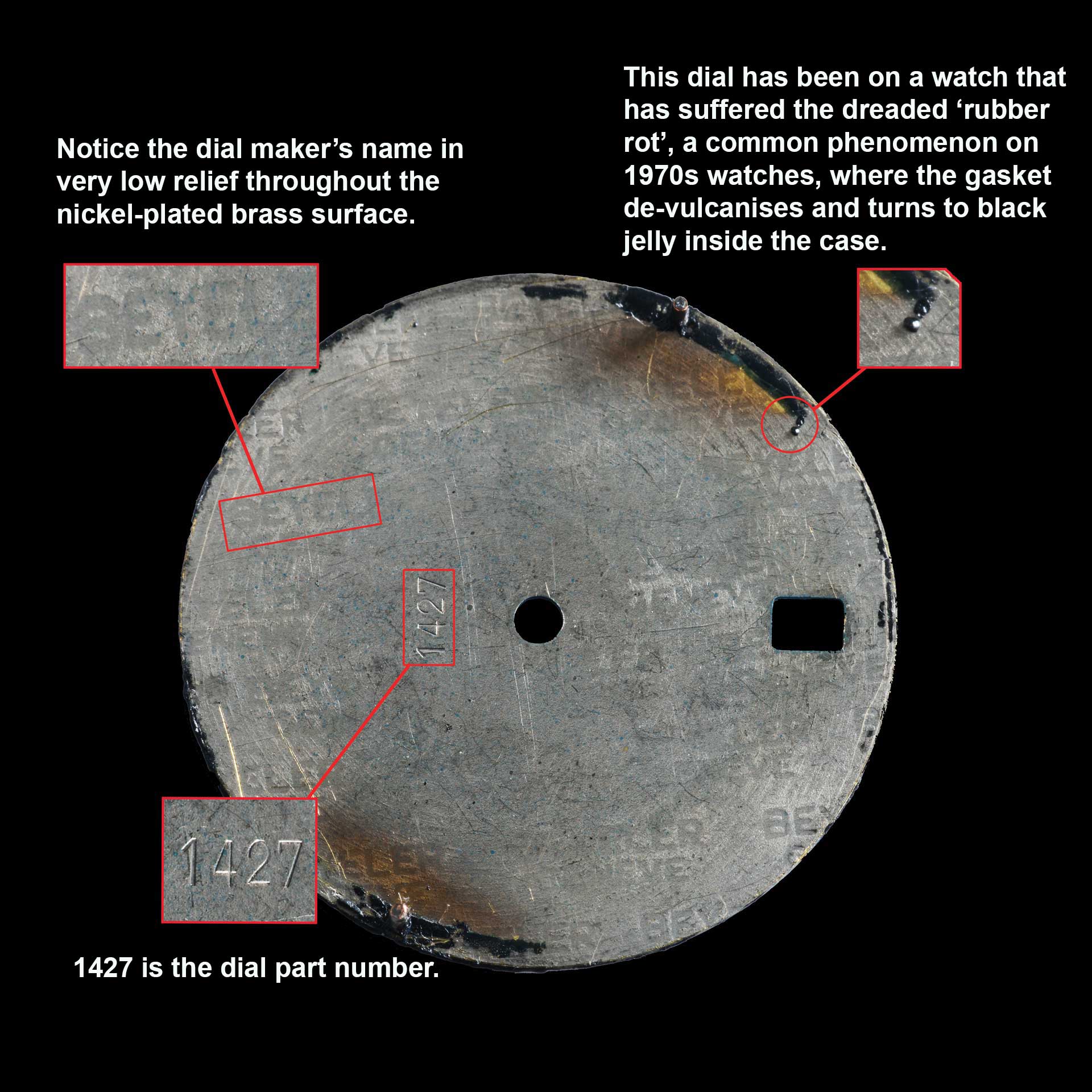 The secret of the Ploprof’s explosion-resistance lies in the way its crystal is mounted. Sandwiched between layers of watchcase and a steel ring screwed down from above, the crystal cannot rise upward. The competitor’s model, while improving its seal as the external pressure rises, has almost no resistance to a force pressing up from within.

The massive (some would say grotesque) case is, therefore, all about function. A no-nonsense, deflection-proof, helium-resistant solution that, in spite of not being chosen by COMEX, was vindicated by the thousands of professional divers who pegged their lives on its reliable performance. 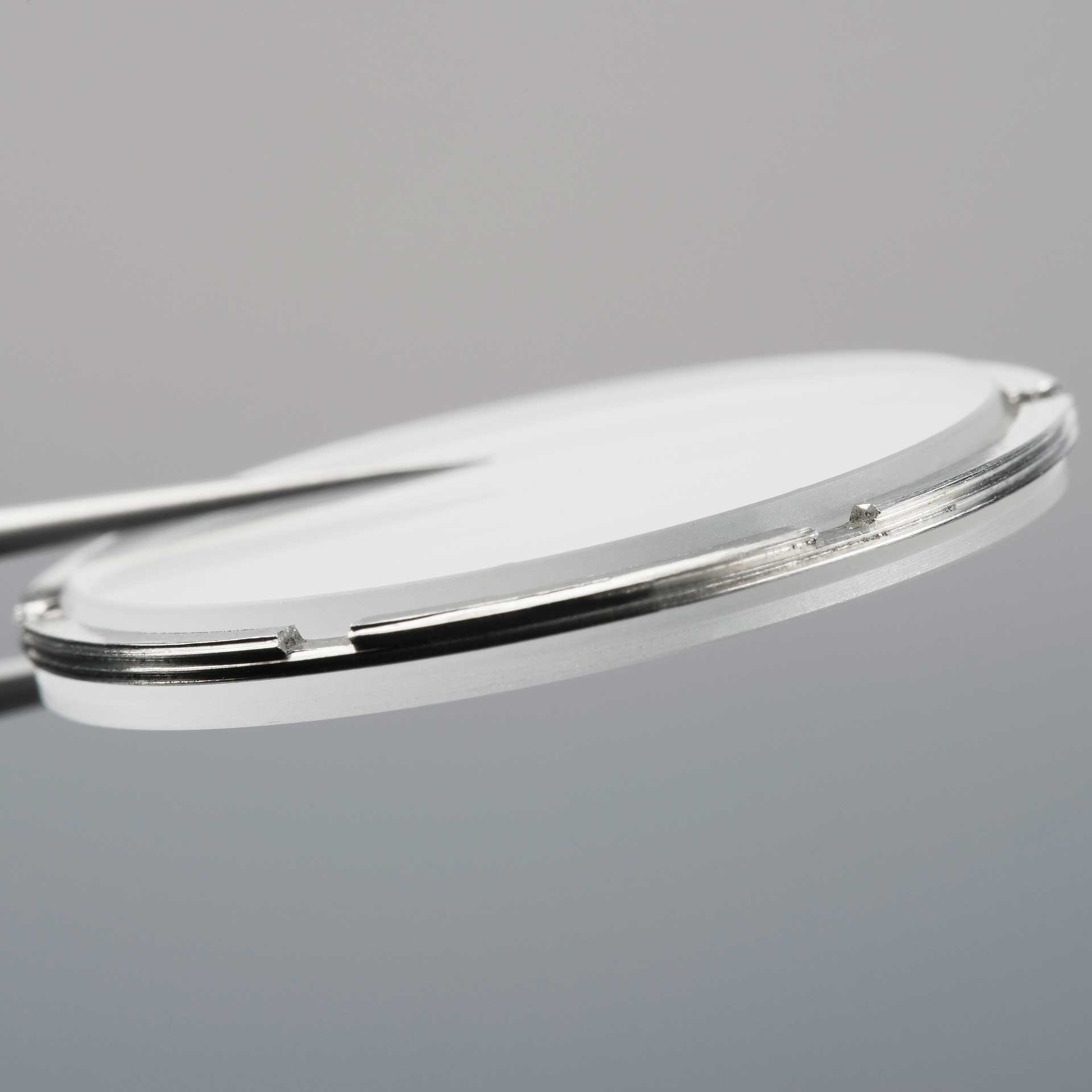 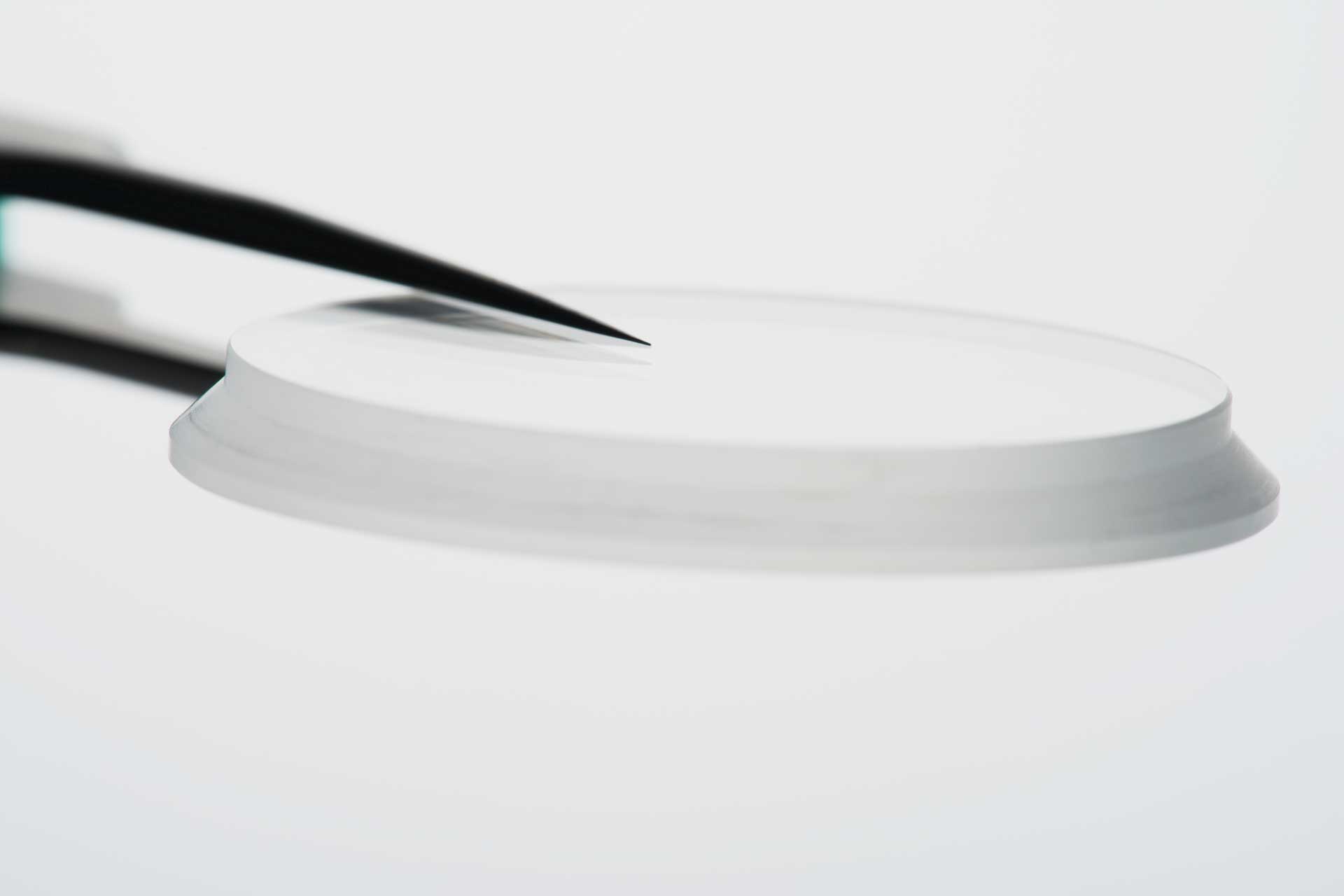 Turning to the stylistic details, we notice the Ploprof has fewer than a handful of dial variations. There are three types of original Ploprof dial, identifiable by the exact wording on the lower half. From oldest to newest, the wording appears as Seamaster 600 professional, Professional Seamaster 600 and Seamaster 600m/2000ft professional. 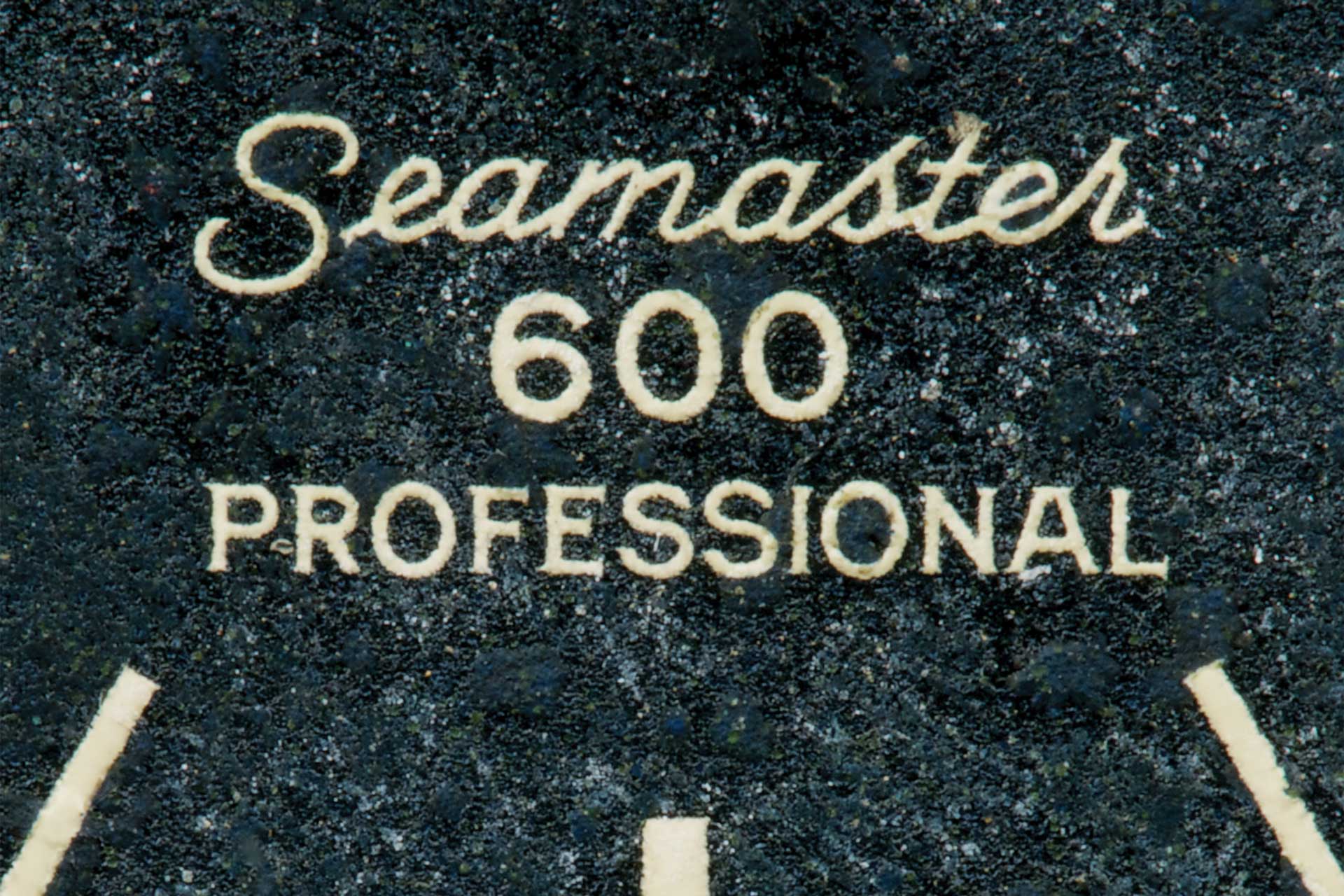 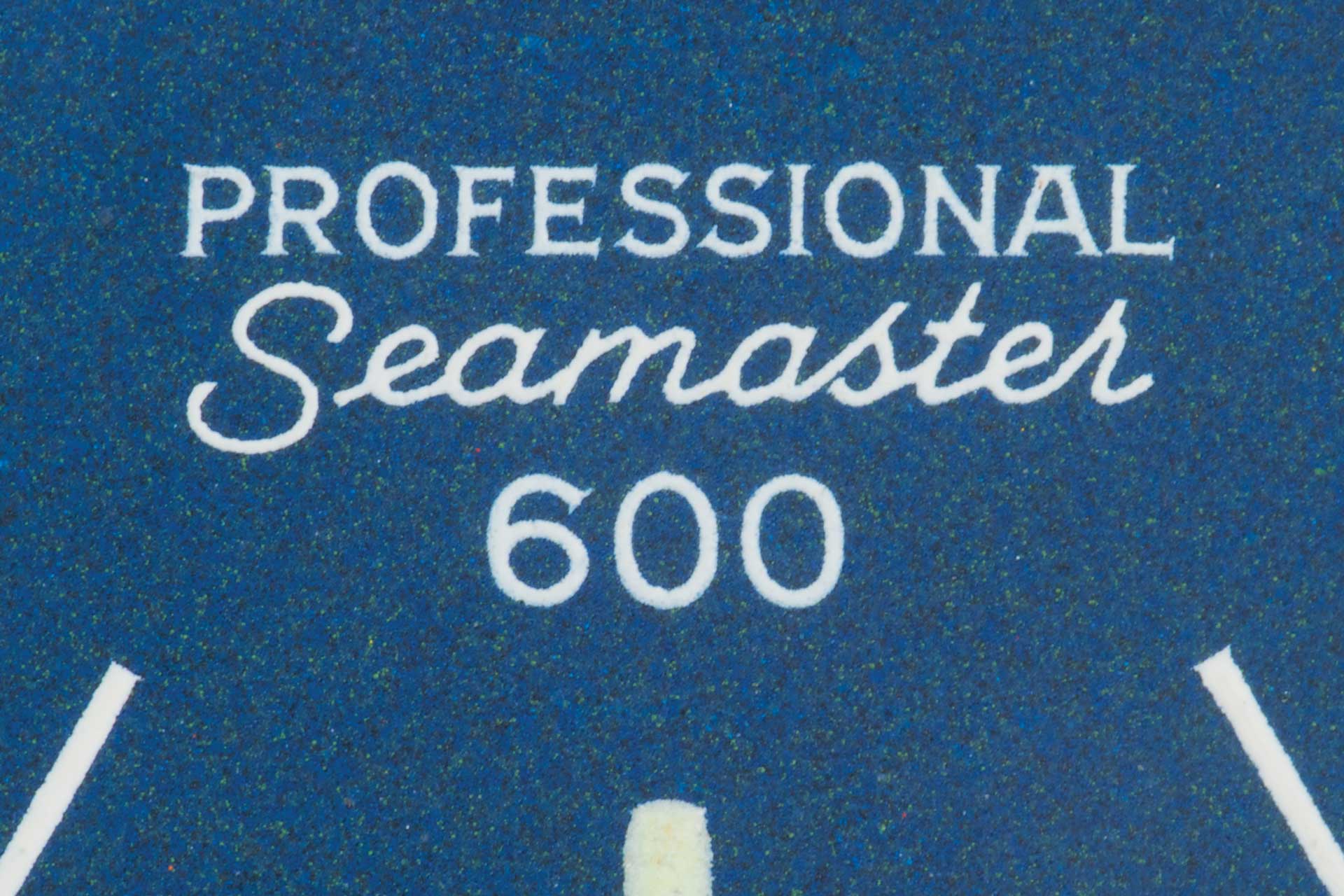 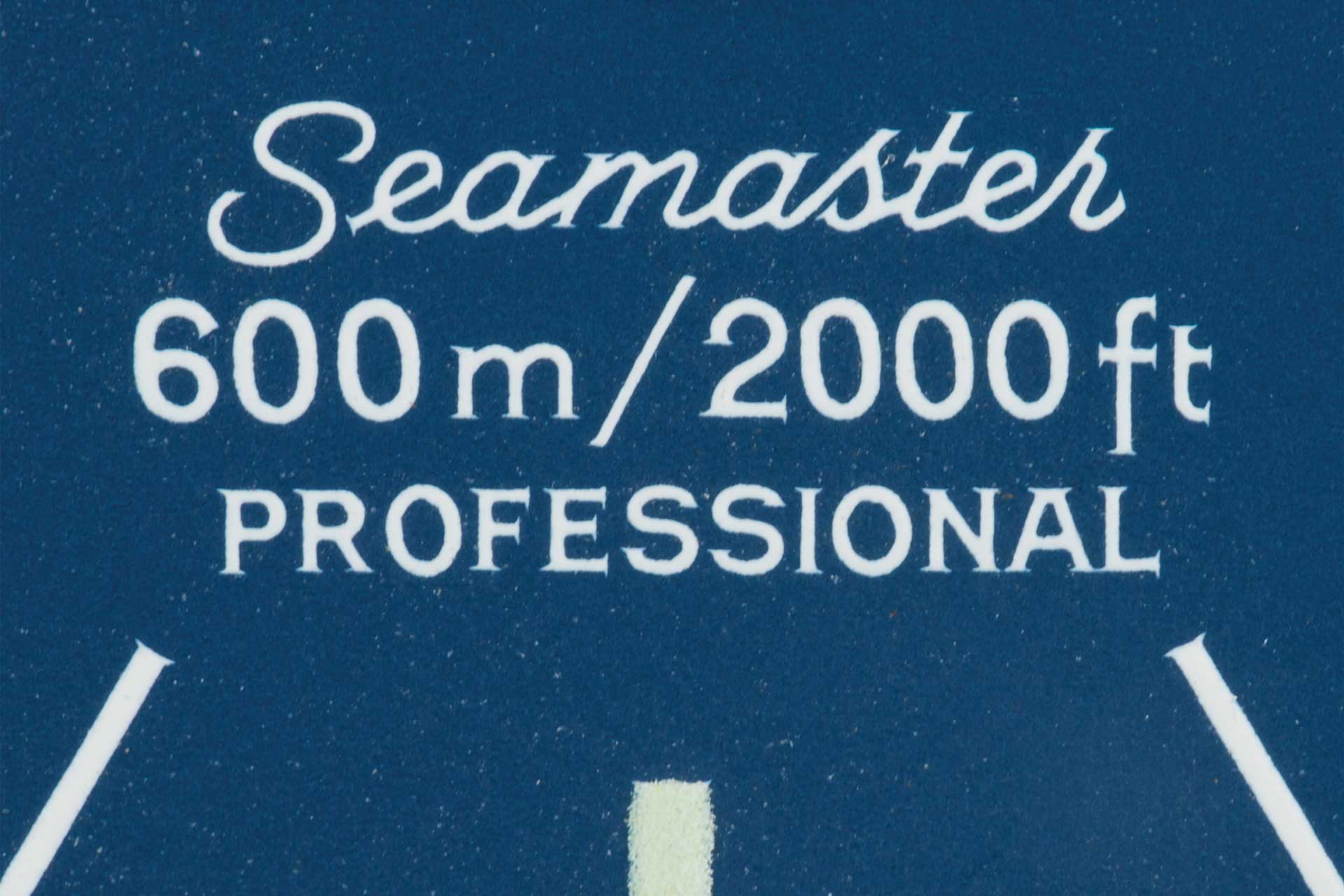 A so-called “post-production” or “service” dial also exists, very similar in appearance to the final version. There is a growing categorisation of the dials as follows: D1, D2, and D3a, for the layouts described above, and D3b for the factory service dial.

Service dials are fairly common. It’s likely that watches that endured years of occupational hazards in the hot sunshine (naturally discounting those used on North Sea oil rigs) might have had their dials replaced more often than those of watches that have led a tamer life.

What about the colour? The consensus of opinion is that it is always blue. A few black examples have been seen, and if original, would be very rare indeed. Certainly, if a vintage black-dialled Ploprof were to come to market now, it would be very carefully scrutinised.

Bridging the dial and the case is the calendar display. There is no correct Ploprof orientation. Most are seen with the crown to the left. This gives right-handed users the easiest access to the red bezel-unlocking button. The dial could legitimately be installed the other way round, creating a left-handed (Inversé) Ploprof.

But this inversion cannot be done willy-nilly, otherwise the date numerals will never line up with their aperture. In order to invert the watch, Omega offers a replacement calendar ring, with the printed numerals advanced by a half-pitch with respect to the calendar ring jumper teeth. If you think about it, a 31-digit disc cannot be symmetrical about its centreline. 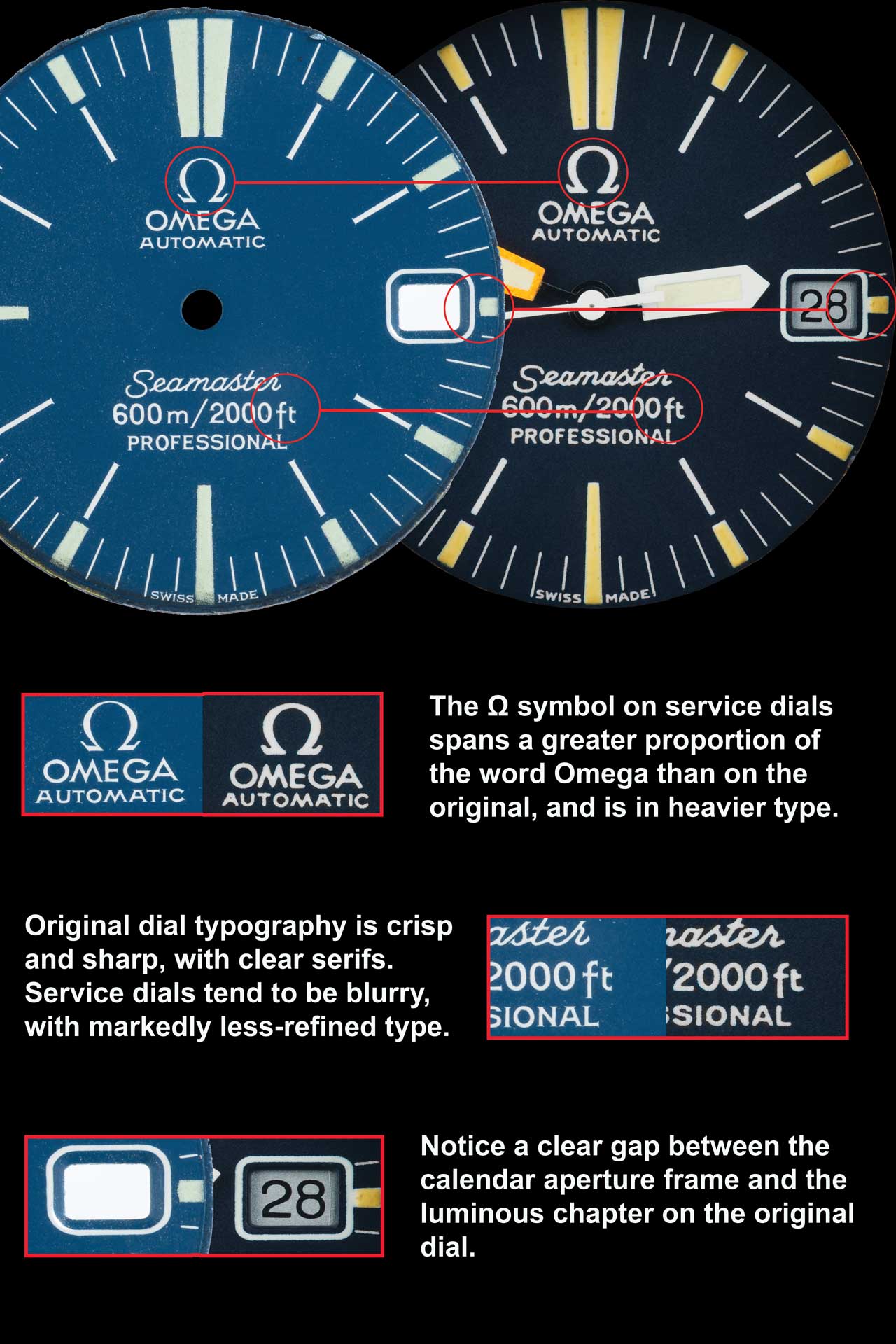 There are two types of watch case, both made by independent maker Schmitz Frères. The difference is in the shape of the ‘crown guard’. Viewed from above, the hulking shoulders that embrace the stem and crown, in the early kind curl inwards, the resultant slot forming a squared-off letter ‘c’(the C-Style). The later, more common kind, has a straight slot (the U-Style). Unexpectedly, there was no change in model number between the two styles, both are ST 166.0077.

The crown itself is unusual, being flat and square, locked by a large knurled stainless steel nut. To adjust the watch, this first needs unscrewing. The stem of the Omega calibre 1002 is remarkably puny, and is in two pieces, designed to (reversibly) break apart so that the movement can be removed from its monococque case. A delicate touch is needed when adjusting the watch, a procedure not helped by the fiddly square crown.

The tritium-filled hands of the Ploprof are profoundly legible, crucial when your domain is the foul depths of an underwater construction site. The dayglo orange épée hand is impossible to confuse with its plain white hour counterpart. The seconds hand is punctuated by a unique rectangular luminous lollipop. 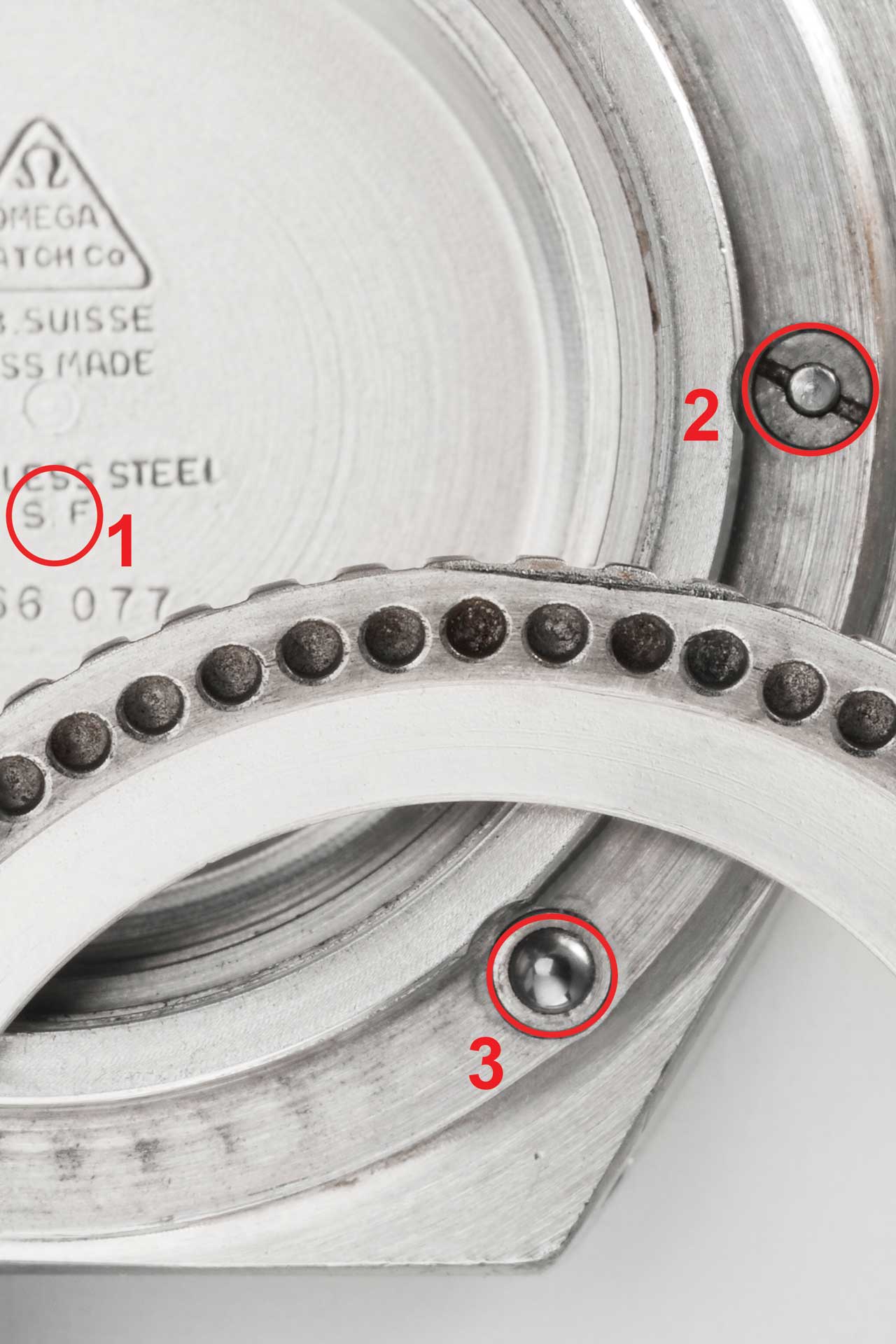 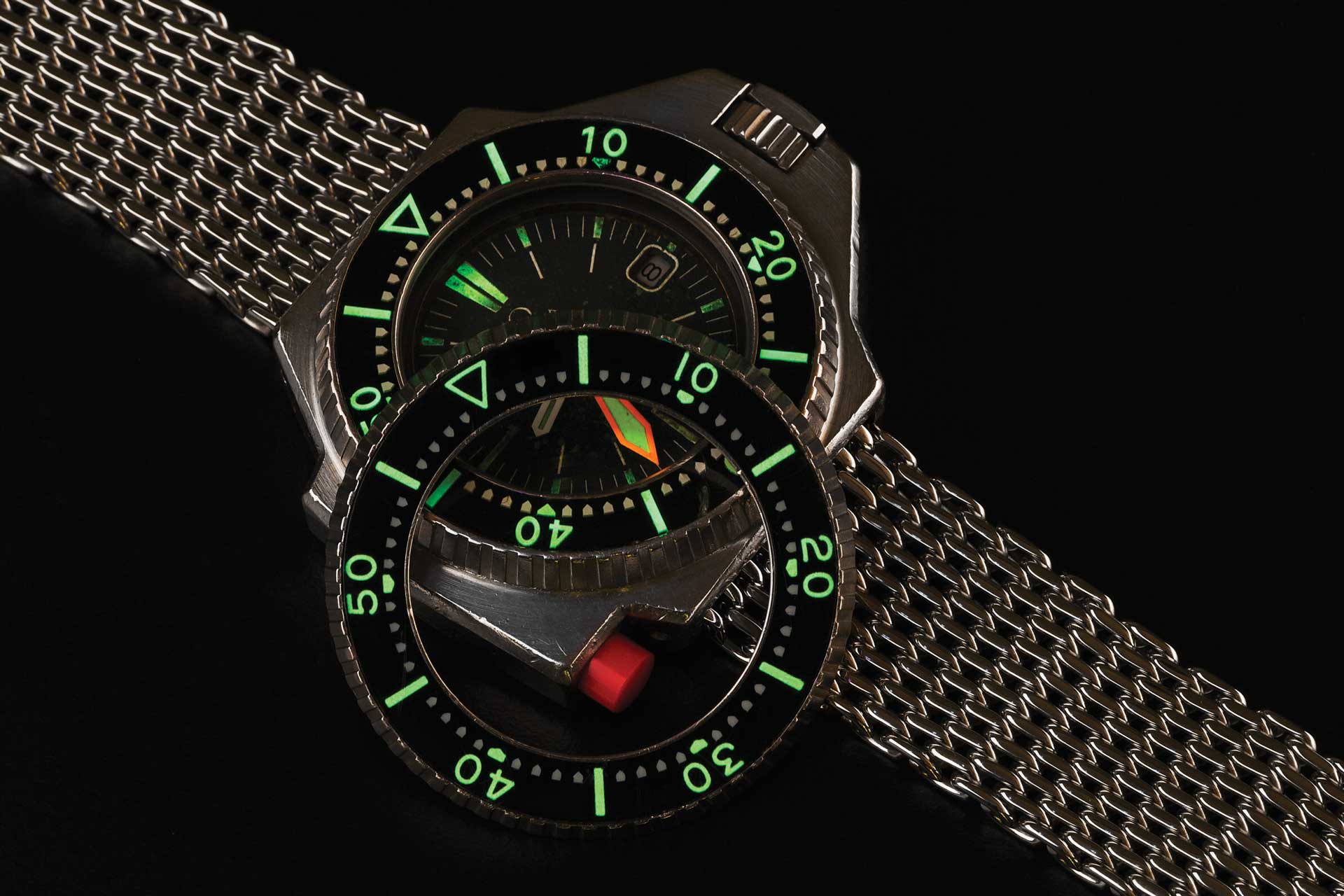 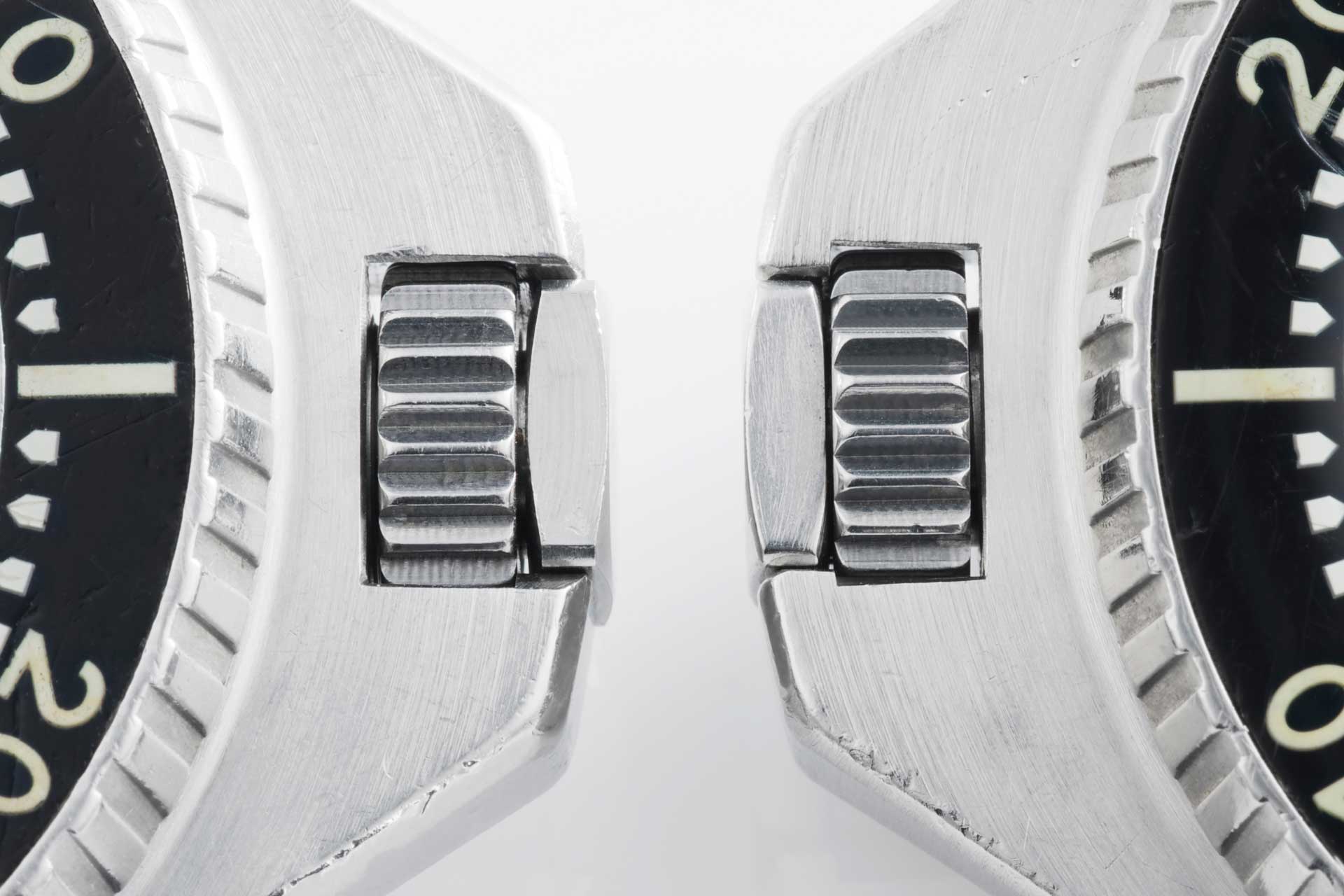 The bezel insert is peculiar in that the digits and five-minute chapters are filled with luminous tritium compound, embedded below the surface of the acrylic. There won’t be much residual glow now in a true vintage bezel, but they can be made to light up.

The bezel itself is of superb quality. The shape is a truncated cone, with flat-bottomed castellated ridges all the way round. Counterfeit bezels will usually have round-bottomed grooves instead. It’s much more difficult to produce a flat-bottomed slot than a round one. The originals were forged – a blank ring being pounded with tons of force into a hollow metal die, the way coins are minted. These hardened steel dies are impossible to produce both cheaply and well, leaving the fakers to resort to the cheerful method of basically drilling holes into a steel ring, and then cutting half the remaining metal away. Let’s not forget, original Ploprofs currently sell for quite modest prices – thankfully there just isn’t the margin yet to make high-grade fakes. 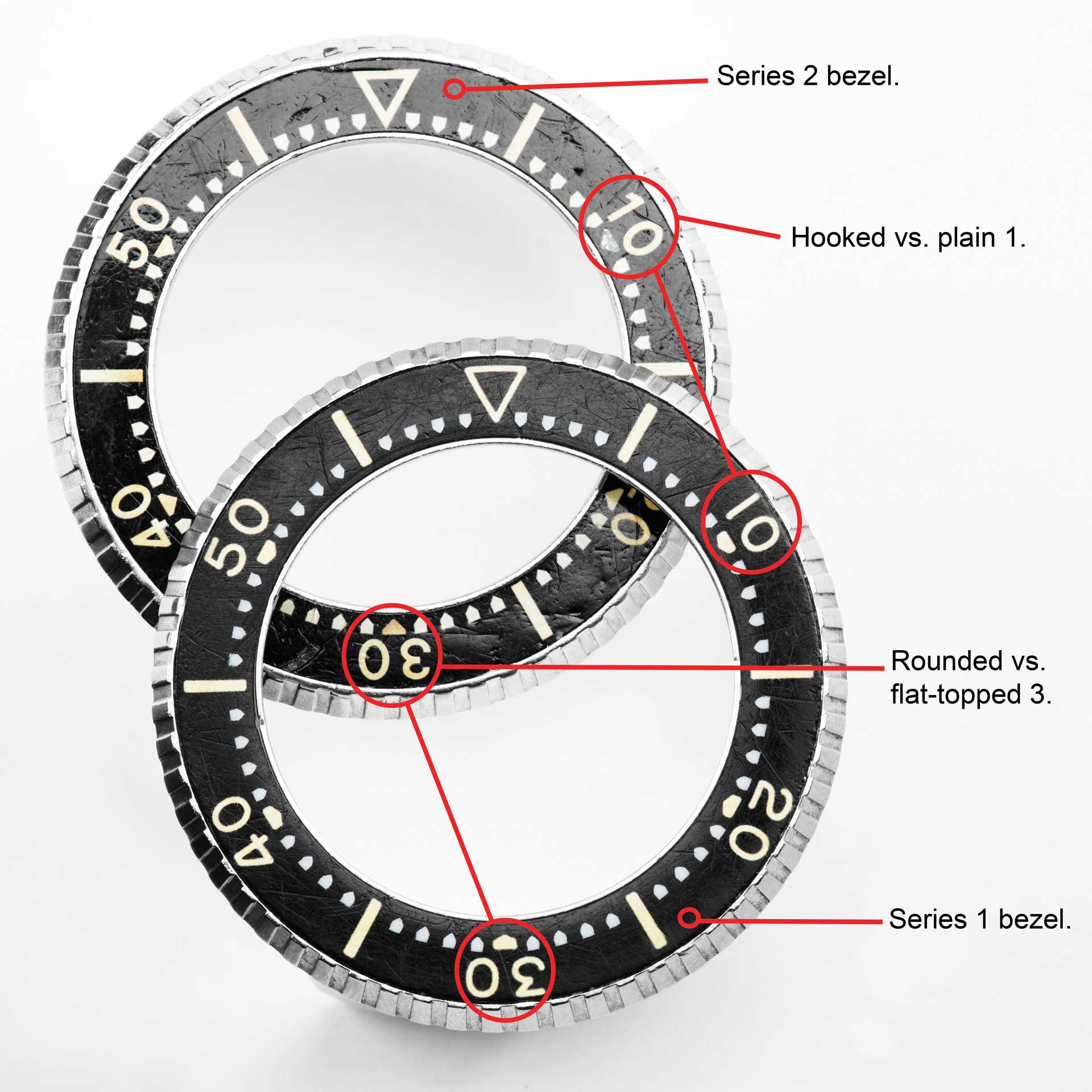 Even if COMEX didn’t think the Ploprof was the toughest, baddest dive watch of its day, it certainly looked the part, thanks to that Big Red Button, alarmingly iconic of its cold war generation, aggressively thrusting at the world, threatening to fulminate at the slightest approach. Hell, even if you knew nothing about watches, the first sight of that crimson cylinder would scorch the Ploprof into your memory for ever.

Pressing the red button results, not in cataclysm, but, perhaps disappointingly, in nothing at all. The bezel is quietly unlocked, freeing it for being turned. Of course, to a diver, inadvertently extending his time under water is akin to dynamite – he’d want easy cognisance of that button’s state at any moment, jealously guarding it as if it were a detonator. The bezel is normally locked. Pressing the button unlocks it, leaving it free to turn, whereupon it can be clicked round in either direction. When you release the button, the bezel locks again. 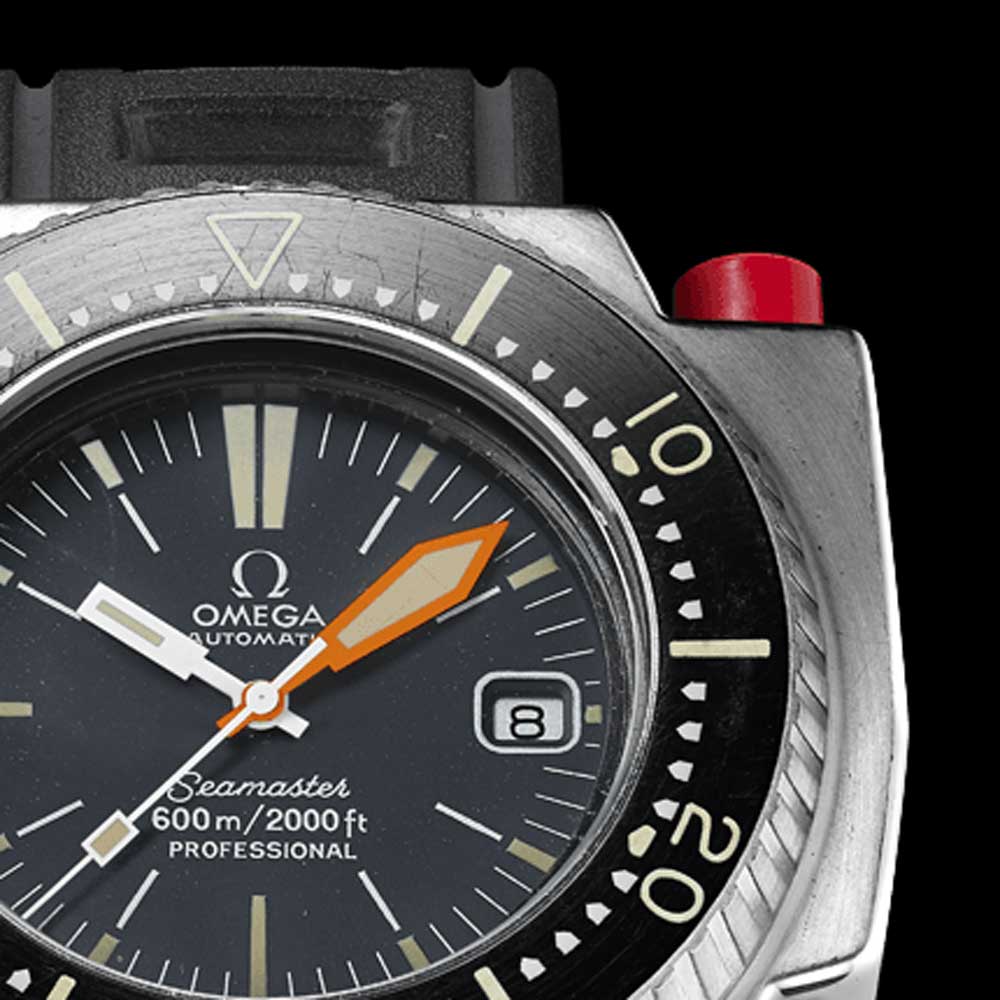 There are a few final details worth noting: being such a massive lump, it will be very common for a Ploprof to have seen much more metal lost to over-enthusiastic grinding and smoothing than most other watches. Look out for misshapen cases – much less desirable than ones with fair wear. Also, the internal rubber compression ring, if original, will be badly decomposed by now, leaving the movement surrounded by the stickiest black goo you’ve ever seen. This should only be a problem for the watchmaker who has to handle it, but be warned: if that stuff ever gets onto the front of the dial or the hands, it can never be removed.

Yes, cult status is guaranteed for the Ploprof. In spite of it being the least likely watch you’d wear day-to-day, it’s unequivocally part of the collectors’ canon. Prices have gradually and steadily risen over the past ten years, making this enigmatic watch as reliable in the portfolio as it is in service. 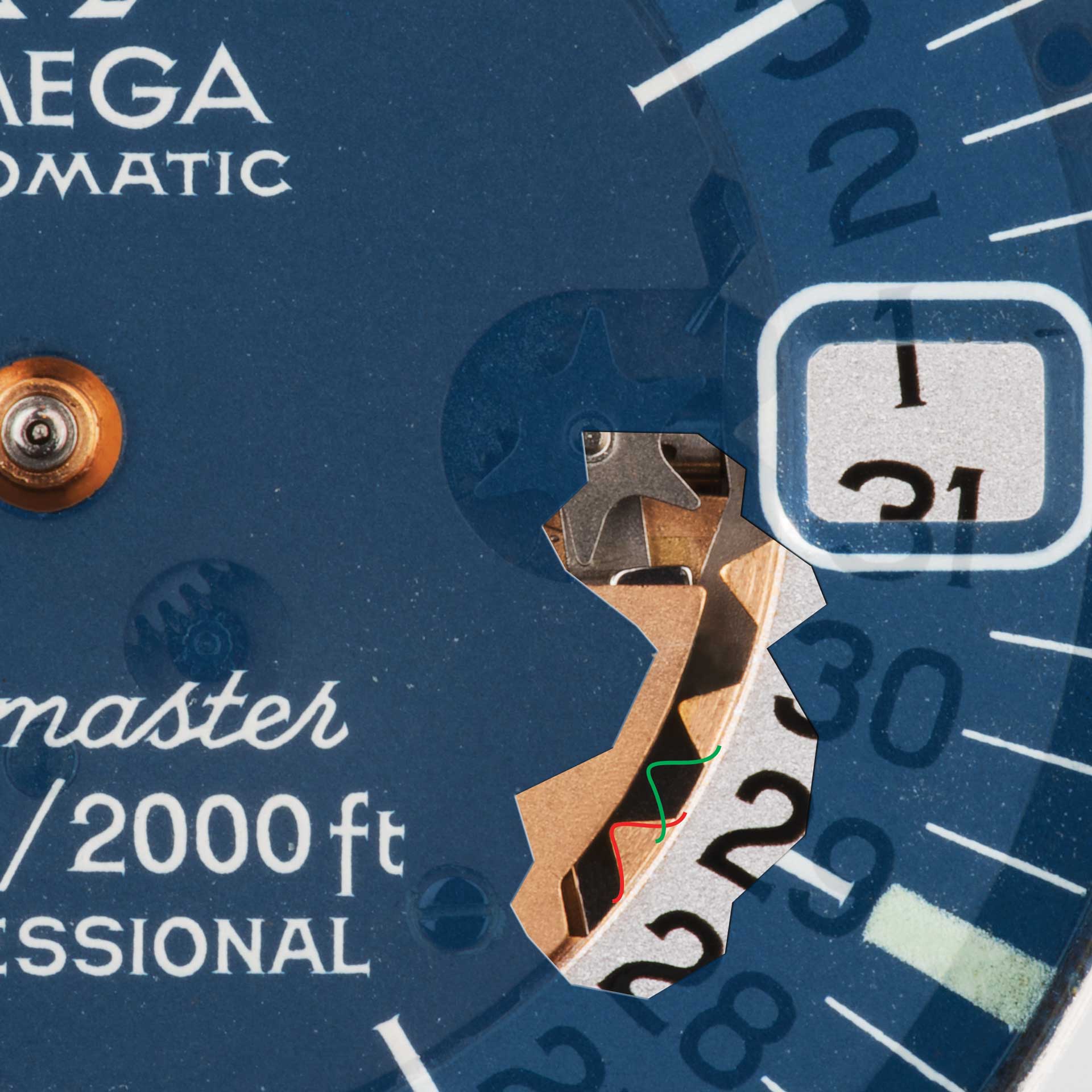