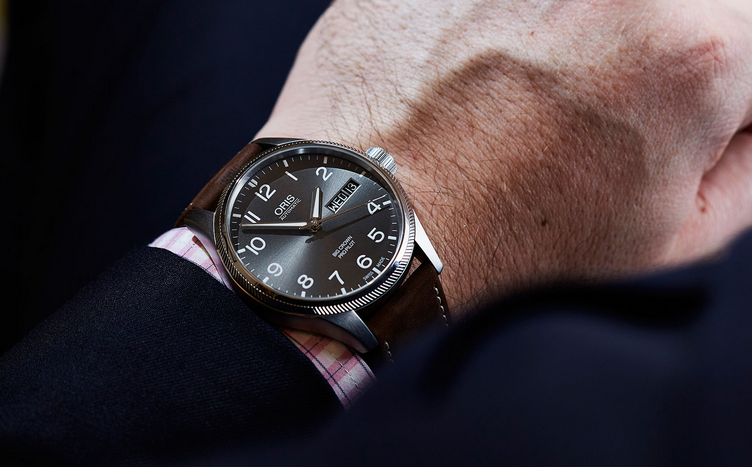 The Big Crown Pro-Pilot Day Date, with its sunburst dial and nuanced case detail adds a touch of class and makes for a nice alternative to the typical macho aviator fare.

Avalon (part-way between Melbourne and Geelong) will become one of the busiest air spaces in the country in March. The normally sleepy airport will be transformed when state-of-the-art planes including the gigantic RAF Atlas airlifter and the F-35 Joint Strike Fighter (in its first Australian sighting), will thunder down from the skies. The reason, of course, is the bi-annual Avalon Airshow, the world’s third largest aviation trade show, and if you’re in the market for a private jet or just looking to stock up on heat-seeking missiles, no doubt it’s already in the diary. We’ll be there for a more down-to-earth purpose, spending time with event sponsors Oris, a brand with its eyes firmly on the skies. 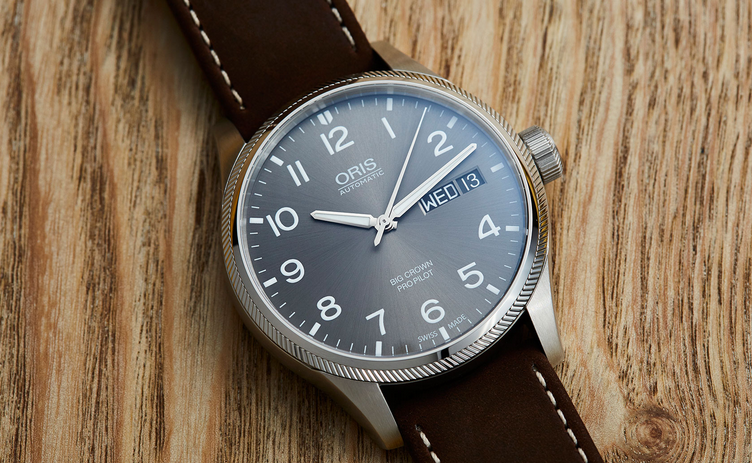 Typically, pilot’s watches are pared-back, utilitarian affairs with simple cases and black and white dials, so this offering from Oris is definitely at the dressier end of the spectrum. While the bold printed Arabic numerals (that 4!) and highly readable hands are still present, the dial finish is a rich grey starburst, which makes a pleasant change from plain black. And though the 45mm case means there’s plenty of space, the proportions are all quite neat. On a dial this size, a date on its own would look a little lonely, but the day and date balances things nicely. The other feature that really helps this watch stand out is the bezel. The milled finish is a nod to the coin-edge bezels of historical pilot’s watches, as well as bearing more than a passing resemblance to a jet turbine – a detail picked up on the crown. And if you look closely, you’ll see that the bezel sits flush with the lugs, a detail that demonstrates the extra level of care Oris has taken in the case construction.

It’s powered by what appears to be a SW-200, with Oris’s trademark red rotor. We can’t help feeling the movement looks on the lost side through the caseback. Perhaps something solid with an interesting engraving might have been a nice option, but for the price that’s a minor quibble. The calfskin strap with contrasting stitching has a nice vintage feel, and suits the refined character of the piece – though if that’s not your thing, steel and textile strap options are also on offer. 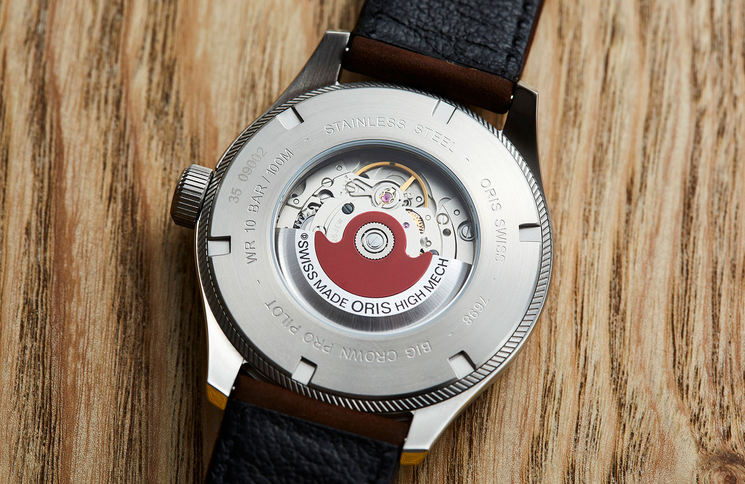