Spring 2017’s auction season is in full gear with the announcement of Phillips Watches Hong Kong catalog to add to the excitement. With a total of 350 lots amassed — eye popping vintage pieces and a good load of recent rarities — this one, like all of Phillips’ other watch auctions, is shaping up to look like a doozy.

Headliners include a steel Patek Philippe ref. 530, a white gold 3448 and even a Khanjari Sea-Dweller 1665 in dream-like condition. But, perhaps, the round up that the man on the street is most curiously going to be speaking about is a collection of 43 watches and other objects from the personal collection of Chronopassion’s, Laurent Picciotto.

“When an auction does well, it provides confidence to consigners to come back. It even encourages new consigners, who may have never considered engaging an auction house. This is because they see the healthy numbers. It helps build the reputation that Phillips has, which in turn allows us trust from our clients on both ends of the transaction,” said Mr. Sam Hines, International Head of Watches at Phillips, commenting about prominent collectors constantly seeking out the auction house’s expertise.

Speaking then about the May 2017 Hong Kong catalog, Mr. Hines shared saying, “Our offered categories cover vintage, contemporary, independent watches, pocket watches just to name a few. Especially for the Hong Kong market, which is split down the middle with interest in contemporary and vintage, we have to try and satisfy the complete range.

“We’ve always tried to focus on a lesser number, which has allowed us to pay greater attention to quality, condition and provenance. We are fairly confident that we are going to have a good season. The market is healthy and I think the steady interest in vintage is doing all the auction houses a great deal of good.”

With that nicely summed up, time now to consider some lots from the auction that portray this range that Mr. Hines spoke of and also some of the top lots on offer. 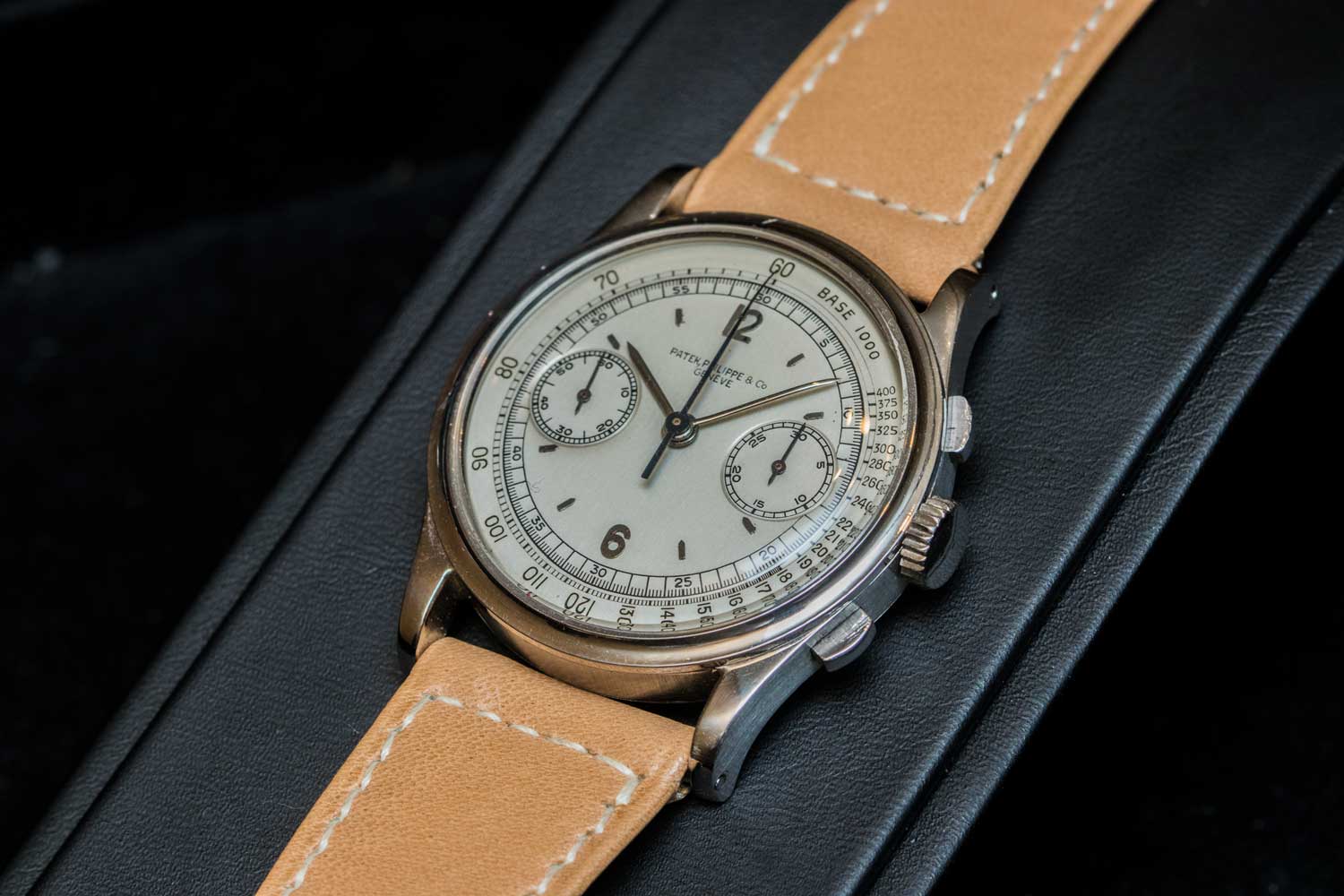 36.5mm, stainless steel Patek Philippe from the mid-1900s. The exact combination of elements in a lot that Phillips auction records are made of. This particular example is the ref. 530, which went out from the maison’s grounds in 1943 and was subsequently purchased in 1946.

The auction literature reads that the owner who has tasked the watch to Phillips, purchased it at an auction some 15 years ago for well over a million USD.

This exceptional example of a métier d’art Patek Philippe from the mid 20th century, is a testament to the quality of craft from an age long past. The watch is now a little over half a century old, but from the way the enameled colors on this one pop, you’d be excused for mistaking the watch for something recently produced. But perhaps it’s also the age of the watch that’s led the colors to marinate and develop the richness it bears. 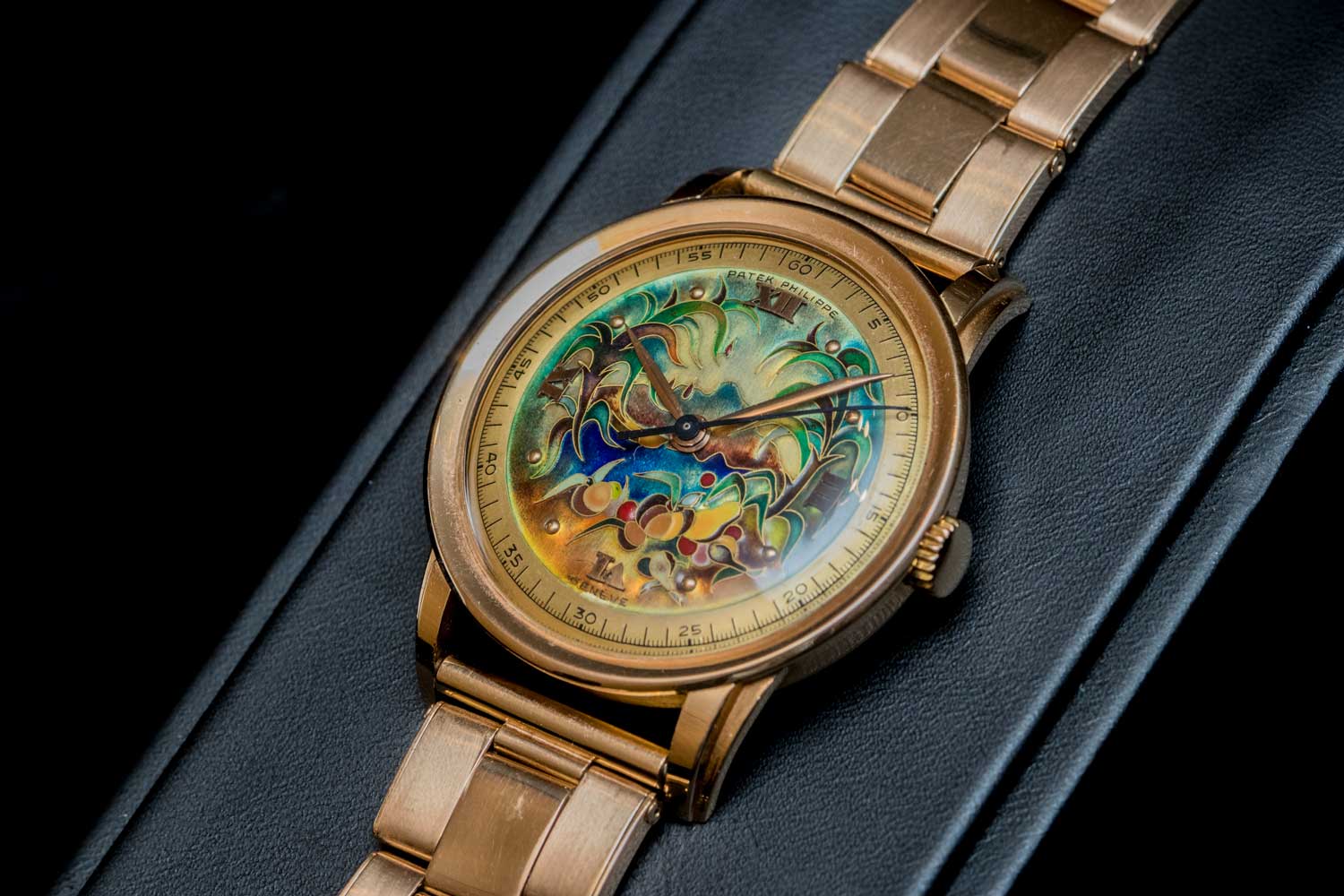 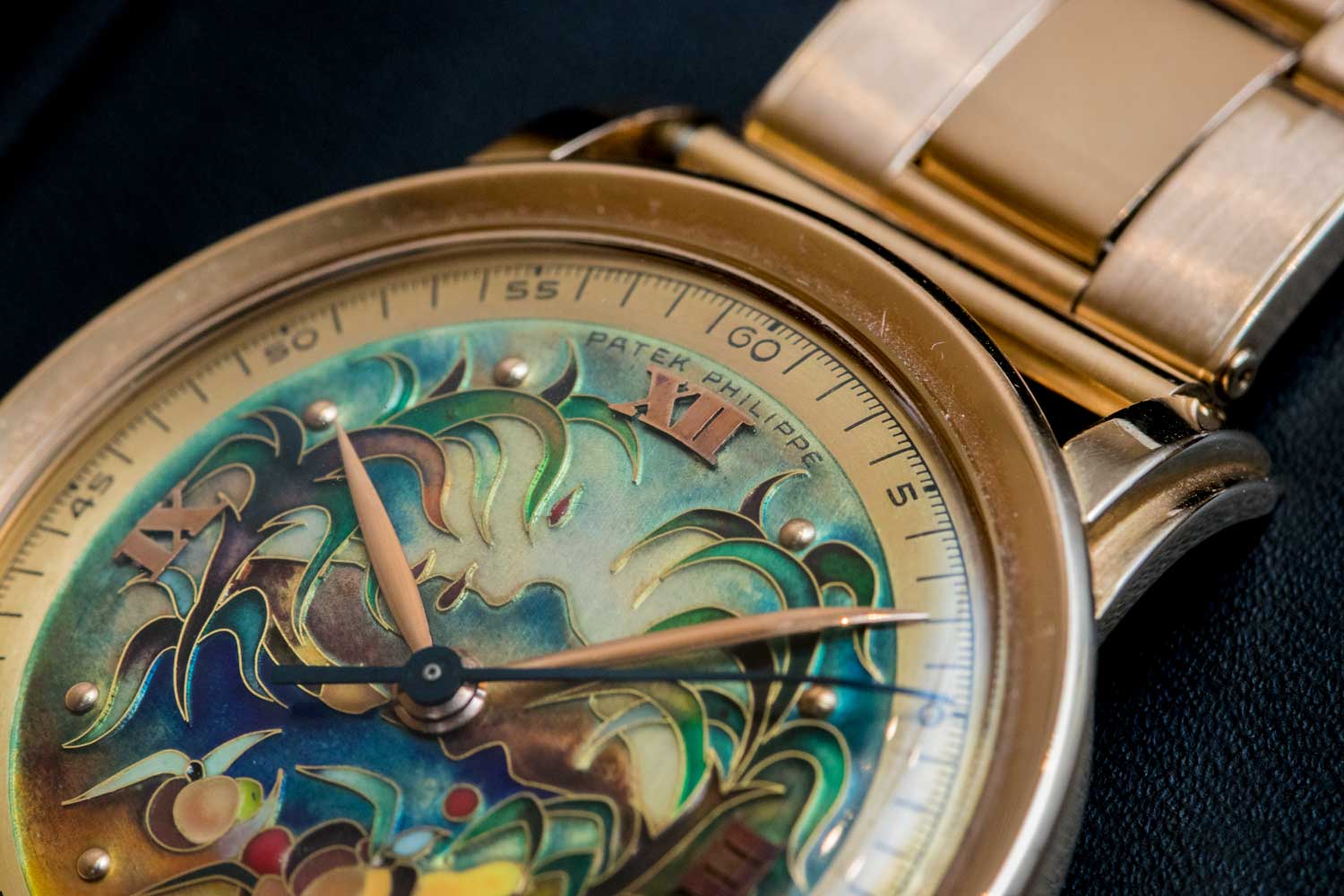 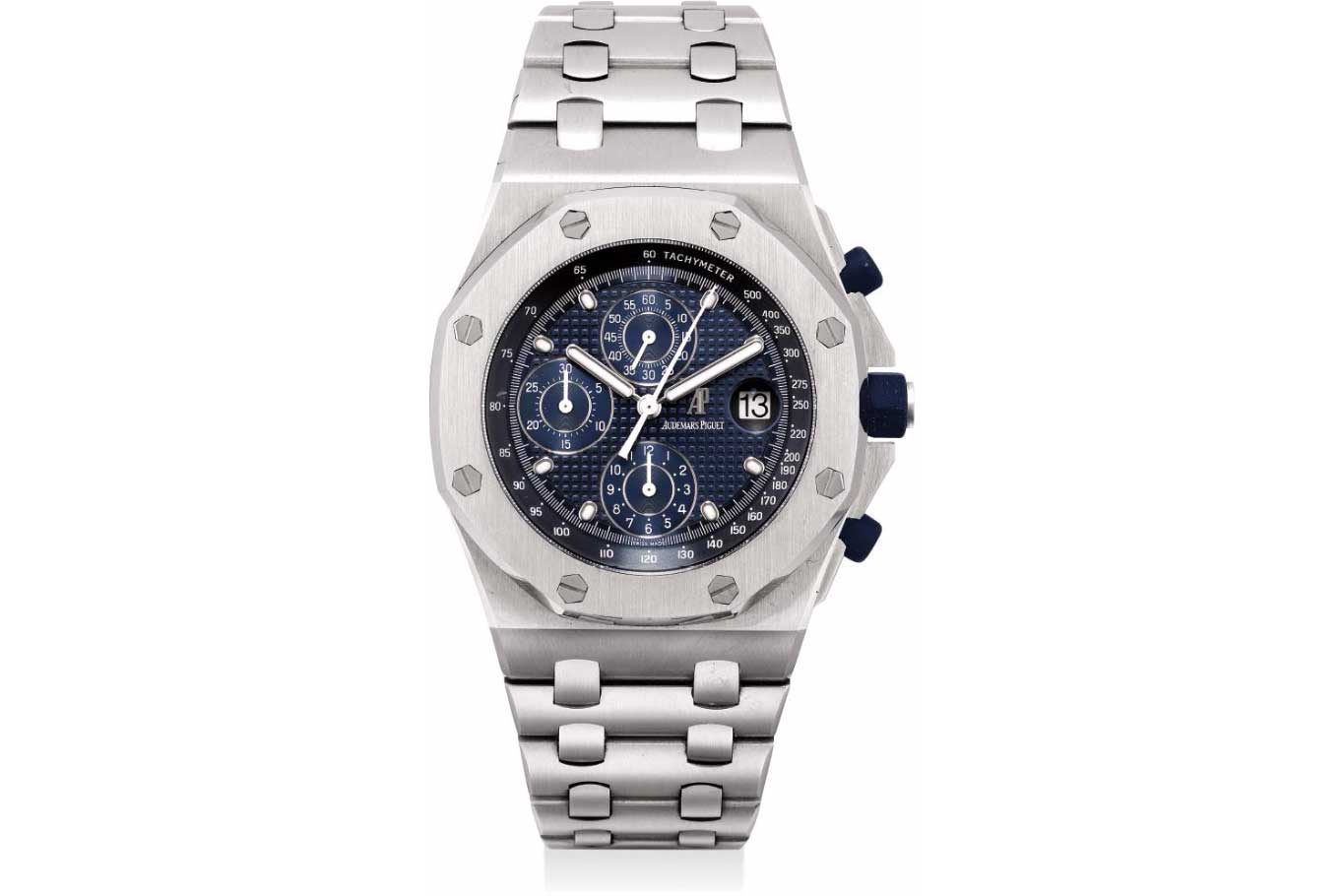 Lot 986 is precious cargo. In 2013, in celebration of the Royal Oak Offshore’s 20th birthday, Audemars Piguet made a watch that was offered up to a crowd of just 20 people at a private dinner event. This was almost an exact replica of the original 1993 Royal Oak Offshore designed by Emmanuel Gueit. The primary difference, though, was that this one had a see through caseback. Also — believe it or not — this was the first ever Revolution Limited edition. 20 pieces were created, all of which sold on the night of the private dinner.

This is it. This is where Richard Mille began. The first ever watch from the brand that triggered off a 21st century watchmaking phenomenon. There is a story about the RM 001 that you must read from stores of Revolution and in it perhaps you will be able to understand, why this is one of the most important watches of modern horology. Laurent Picciotto’s name is in that story, too, which is important to appreciate because this particular piece of RM 001 was formerly the property of Mr. Picciotto. 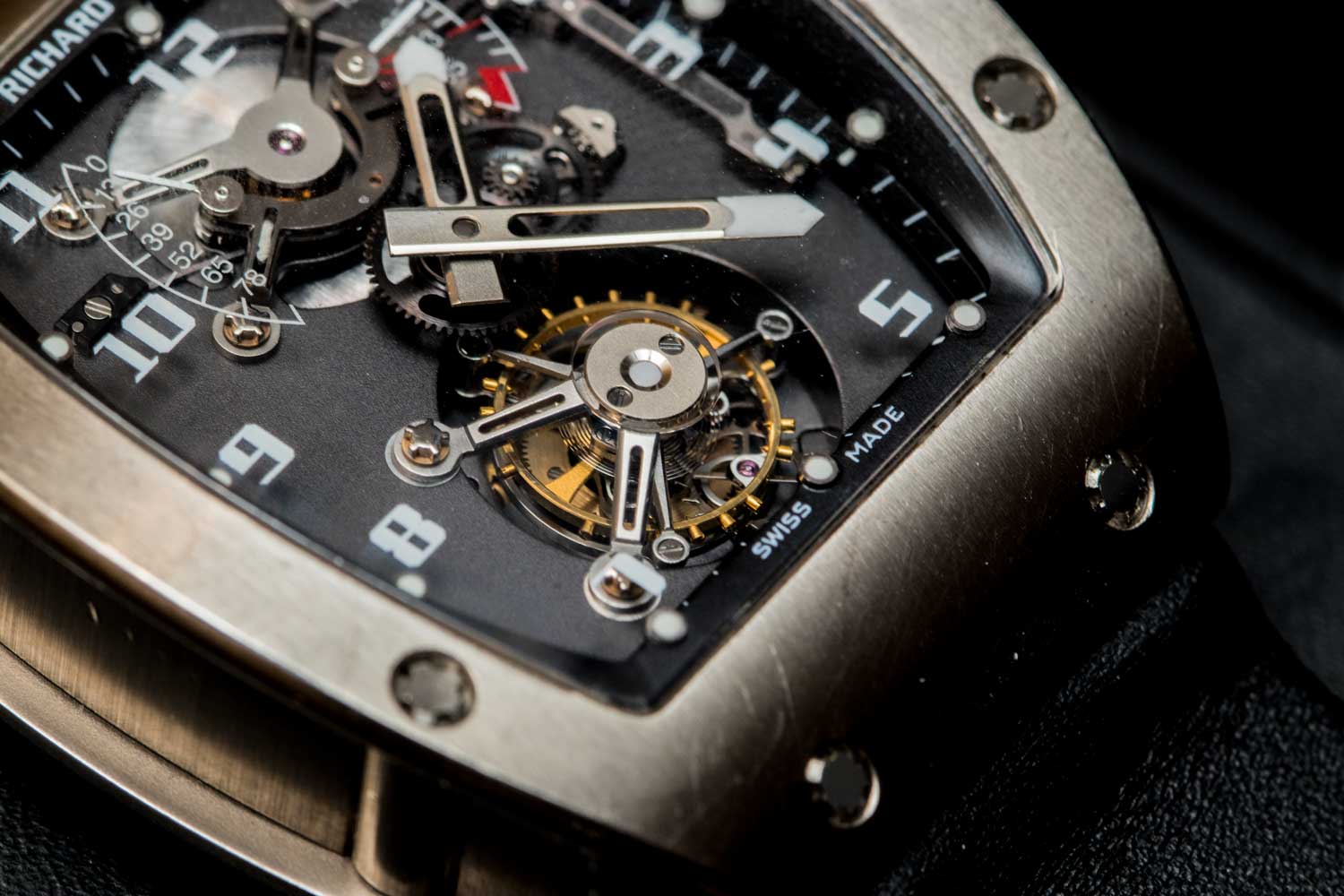