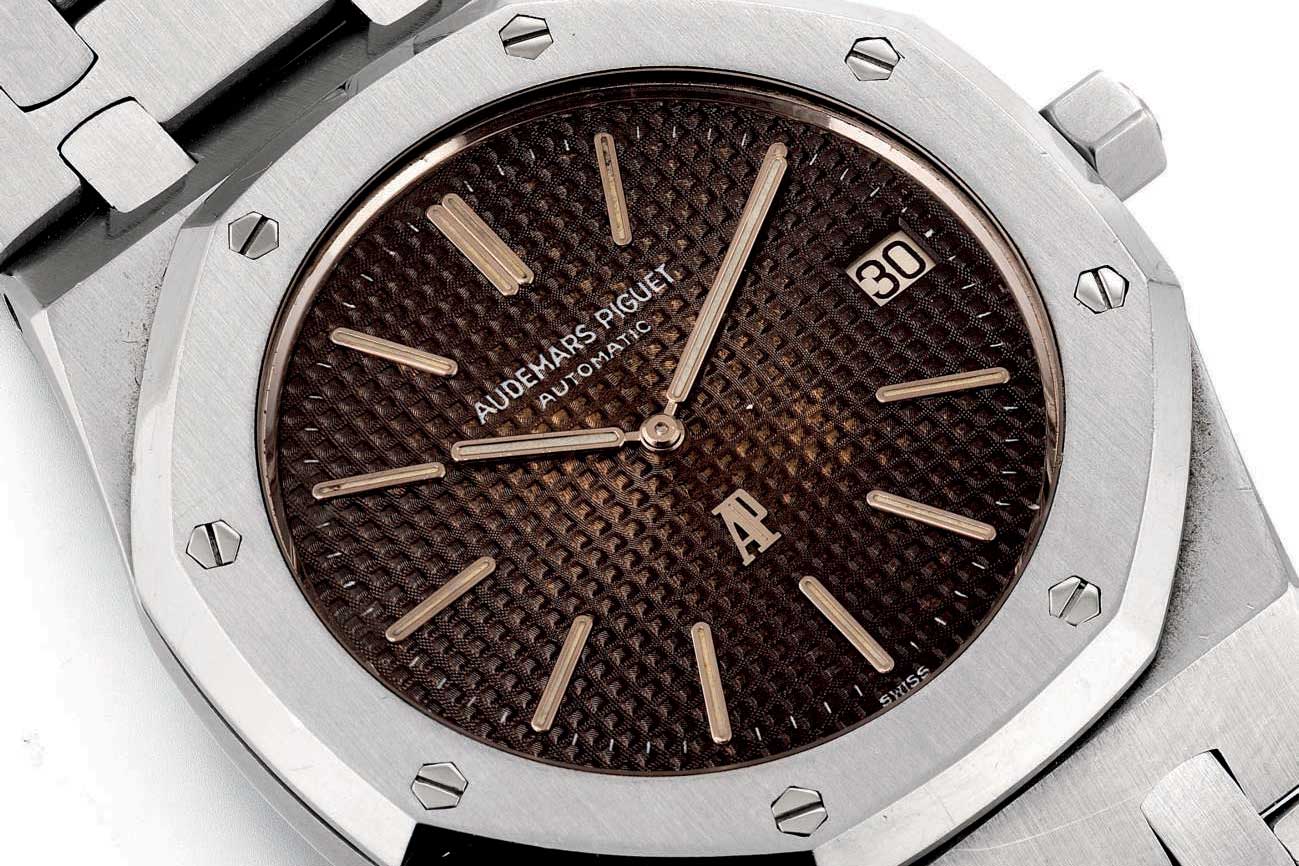 It’s a tale worth telling over and over again. On the eve of Basel Fair 1971, an expectant, Georges Golay, managing director of Audemars Piguet at the time, put through a phone call to a certain Gérald Genta, exclaiming that he needed to show his Italian retailers “an unprecedented steel watch” on his first day at the fair.

Golay’s brief to Genta was so simple and so innately progressive that it’s difficult not to hit yourself and wonder — huh, now why didn’t I think of that?!

Golay described that what he desired was a watch that would be considered stylish, by the style savvy Italians. But it shouldn’t be a watch that is stylish with classical sensibility. Rather it should be a watch that embodies modernity and robust versatility which, therefore, would allow the timepiece to seamlessly transit from the most formal of affairs to the coolest and most epic of poolside parties.

Needless to say, time was not something that Genta had a lot of, to fulfil this brief. But just in that moment he had visions of his childhood run through his mind, where he’s standing on the Pont de la Machine in Geneva, watching a diver have his diving helmet put over his head.

In his mind’s eye, he saw the eight nuts that held the helmet’s visor in place and an initial concept started to form in his head. He began drawing out what he was envisioning and what was finally on paper was nothing short of revolutionary. 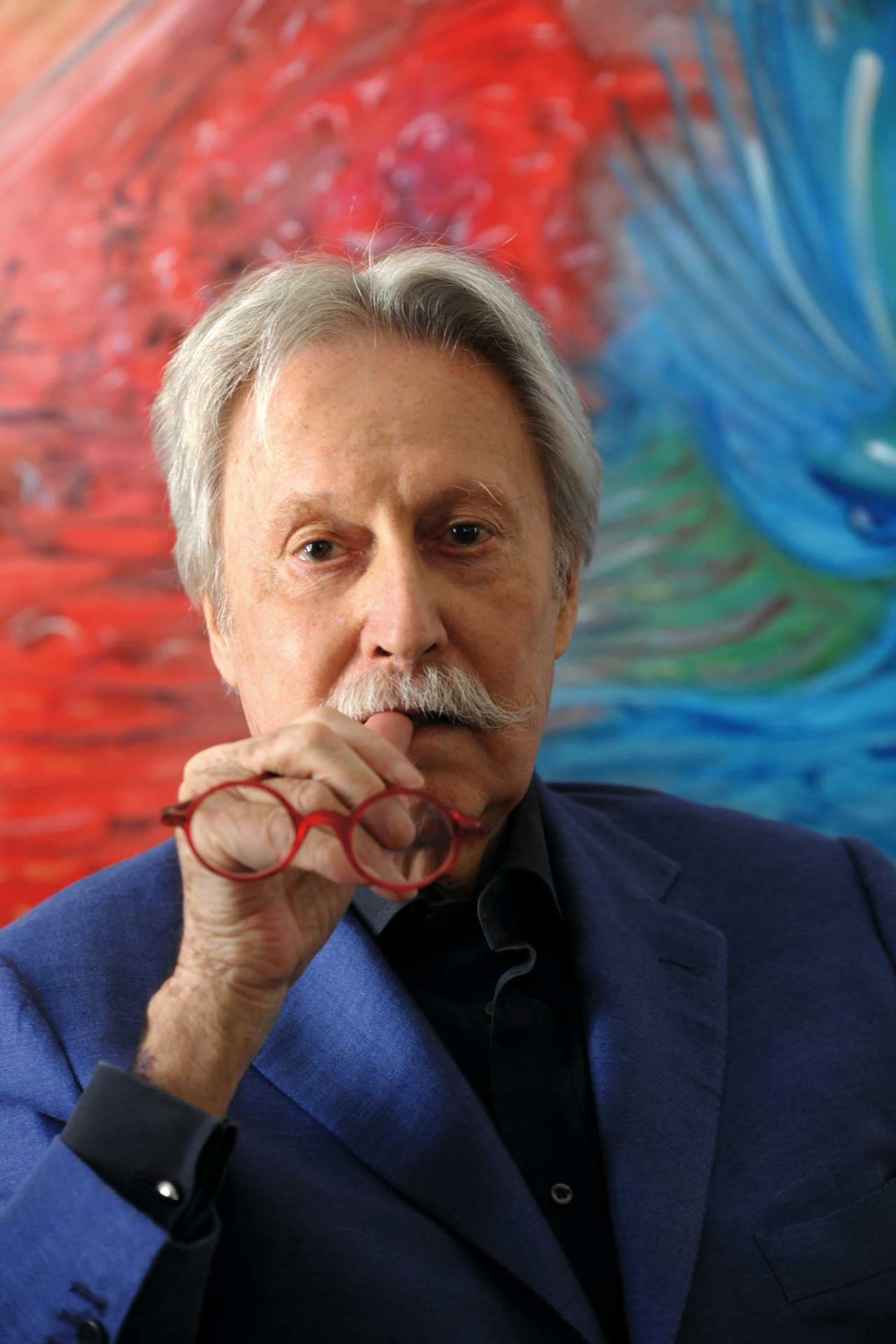 Golay took the drawings the next morning and presented it to his clients who were absolutely thrilled. But he had a caveat for Genta, saying that while his clients had given the idea a go ahead, he himself would’ve never approved it because it deviated too far from the identity of Audemars Piguet that existed before the birth of the Royal Oak. Oh, dear lord, the profound irony in those words.

Over the course of the year remaining, Audemars Piguet began prototyping. These were done on white gold, because the precious metal was softer to work with in achieving the multiple brushed and polished surfaces with countless angles to be mindful of. This made the process quite costly, but it was the quicker way to manage the prototyping rather than going straight to steel, which would’ve taken far longer to achieve the desired finishes.

When finally introduced at Basel Fair 1972, apprehension was in the air. Not just that of Golay’s but plenty others in the company, too, expressed their concerns about the product being a success. So, a decision was made that only 1000 pieces of the watch would be produced.

In the first year, they would allocate 400 watches each to the Swiss and Italian markets. The remaining 200, well, they’d think about that once the first 800 were dealt with. 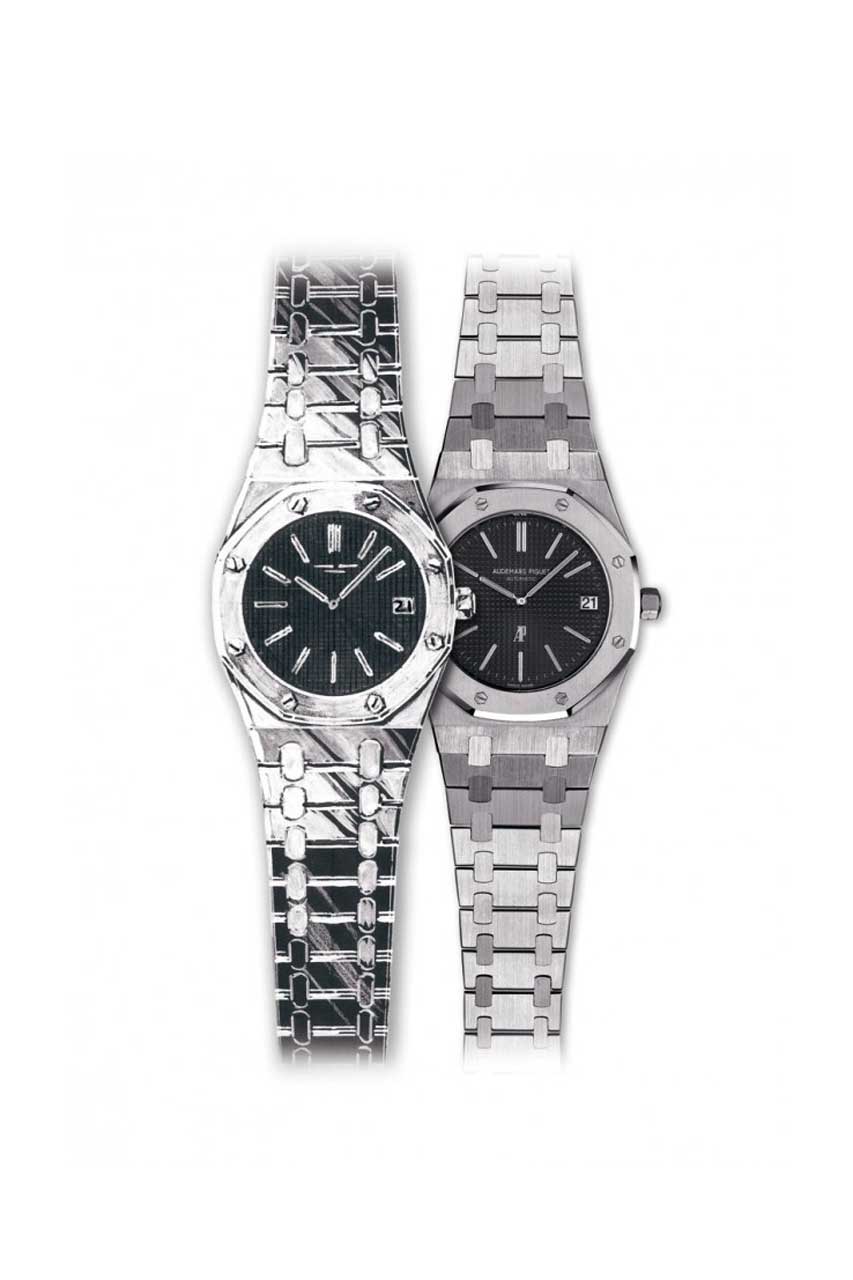 Three years past before the 800 were cleared out in Switzerland and Italy. The reason for this alarming lack of traction for the Royal Oak, in the early years, was purely cultural. In that, in the early 1970s, men preferred to wear smaller watches. Particularly in Italy, men were preferring to even wear small watches meant for women. Therein, at 39mm, the Royal Oak simply didn’t appeal to this generation of men, no matter how hard we argue the watch’s high degree of technical complexity and craft.

What then did it take to change such a cultural mindset? A cultural revolutionary, of course. In 1974, it is said that the Audemars Piguet Royal Oak was seen on the wrist of one, Giovanni Agnelli — style icon, business magnate and boss of FIAT motors. The rest, shall we say, is history.

As the cool factor of the Royal Oak become more widely acknowledged, so rose the demand for the watch. Audemars Piguet, however, had only planned a 1000 pieces. Just at the tail end of that figure is when demand really soared.

Therefore, Audemars Piguet found itself with no other choice but to produce yet another thousand pieces of the very first reference 5402ST of the Royal Oak. A Royal Oak in the instance of these first 2000 is termed an A-series Royal Oak. There was a progressive B-series and C-series (even a D-series), but it goes without saying that the A-series pieces remain today as some of the most sought after watches ever. 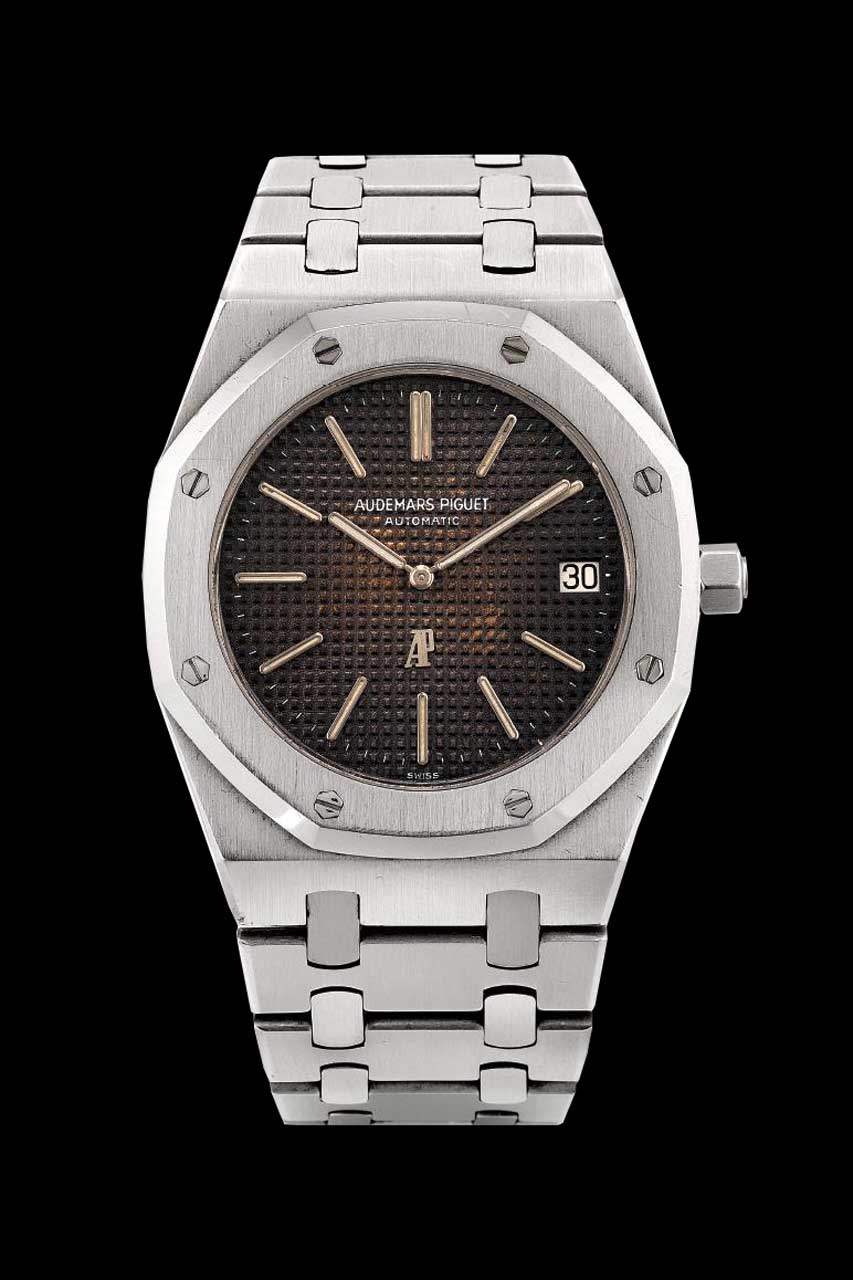 It is because of the known, finite number of watches that were made in the A-series run that every time an auction house puts up a watch in the catalog from the series, it’s easy enough to suss out what’s what. For instance, the coming Phillips Watches auction in Hong Kong, happens to have a piece with its case marked with the number A548. Meaning to say that this was the five hundred and forty-eighth Audemars Piguet Royal Oak to have been produced, since 1972.

All things consider, this is pretty special for Phillips Watches, because the last time an A-series Royal Oak passed through the hands of the auction house was during their Geneva Auction Two (7 & 8 November 2015). Lot 230 at that auction was a ref. 5402ST stamped with the number A323 on the back of its case. Sale estimate on the piece was set at CHF12,000 – 18,000 and it sold for CHF31,250.

There was another one, but this was an anomaly of sorts. At the Geneva Watch Auction (15 May 2016), Phillips Watches had on their hand an A-series ref. 5402ST, marked A959. Incredibly, however, the watch did not bear the typical tapisserie dial we are used to seeing. Rather it had a smooth, dark dial with diamond hour markers and the Omani crest where the “AP” logo typically sits (at 6 o’clock). This rare bird was estimated to go for CHF60,000 – 100,000 and sold for CHF93,750. 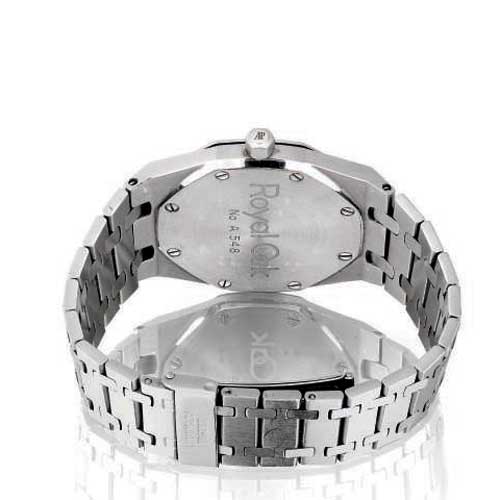 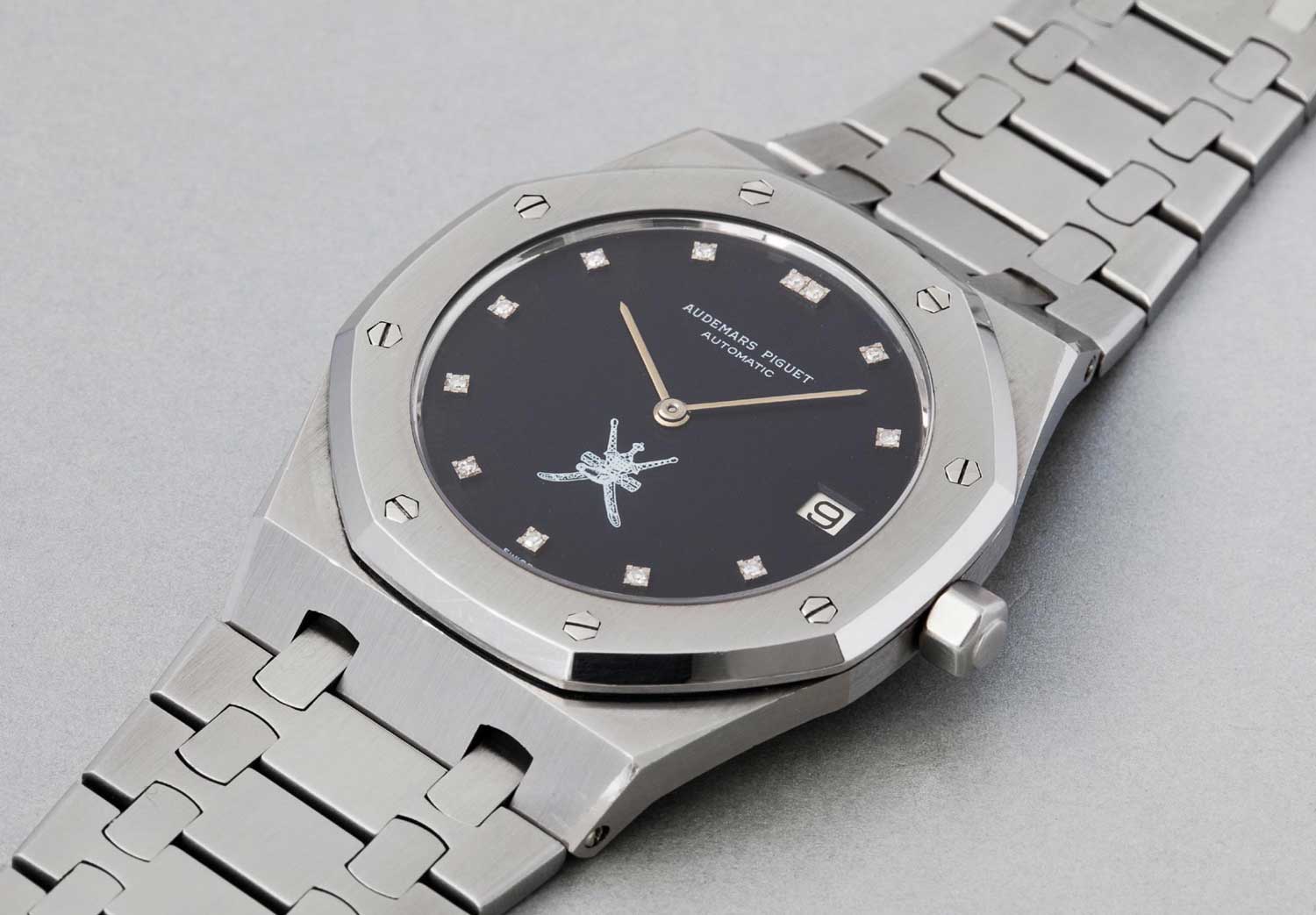 2000 pieces may sound like a large enough number, but the fact that there they were all manufacture in the early 70s puts a good 45 years of life on the earliest of A-series Royal Oaks. Which in turn makes finding one in good (or even decent condition) a challenge on top of the challenge of finding an A-series.

The present example with Phillips Watches, bares its fair share of signs of its lifetime. Kinda like your favourite pair of jeans, which are also possibly your oldest, too. The watch’s dial has undergone a good bit of oxidation, fairly uneven, but certainly not aggressive that it should be unappealing. Learn why watch dials oxidise here.

Phillips is estimating for the watch to go for $25,000 – 38,000, which places the figure from the last time they sold an A-series Royal Oak right smack in the centre. But here’s also a quick lay of the land, starting with one of the earliest A-series watches seen at a recent auction, specifically with Christie’s: No. 40. Lot 212 at their Rare Watches including Nautilus 40 Part IV last December, at the Rockefeller Center in New York, was estimated to go for USD 15,000 – USD 25,000 (roughly the same in CHF). That watch, a pristine example of an A-series, went for USD 56,250. 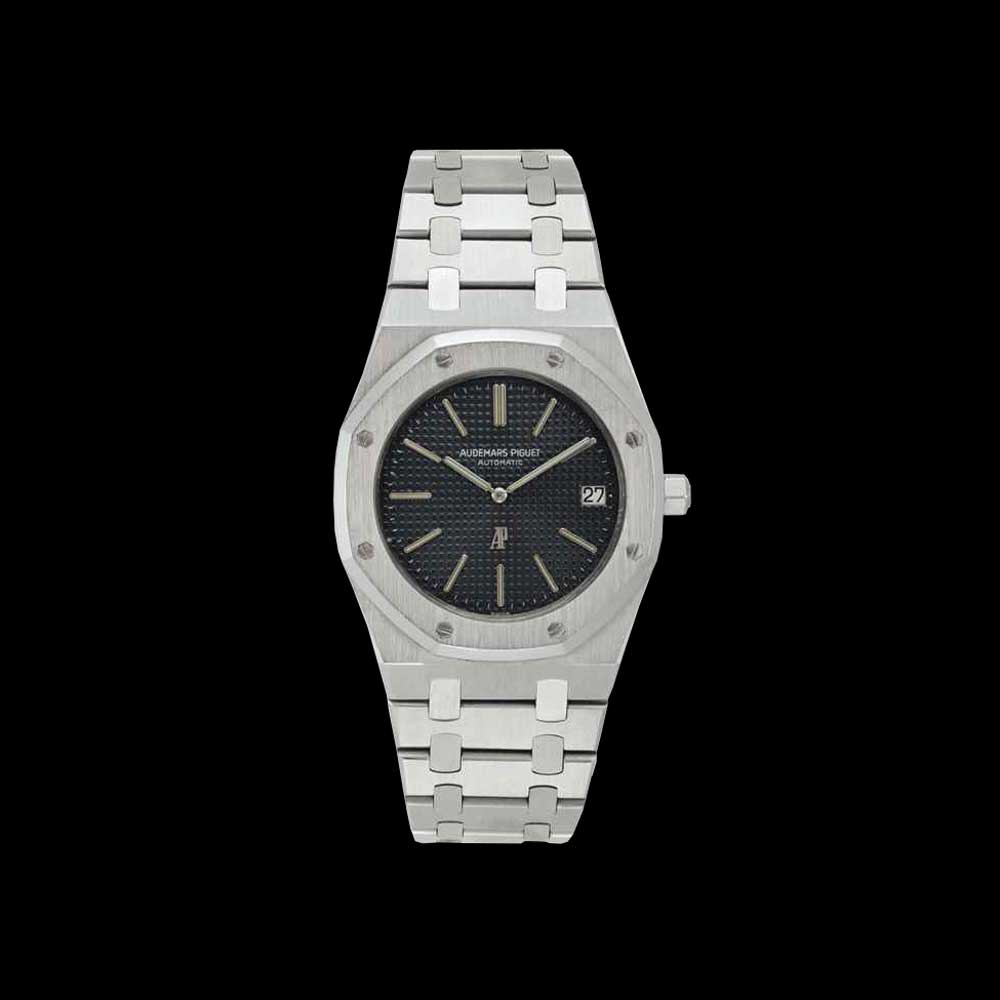 But you can consider that one an outlier. Double digit case numbers aren’t all that common at auctions (thank you, captain obvious). Most instances of A-series Royal Oaks are of the three-digit case number variety. Like the one Christie’s had on offer earlier at the May 2017 Geneva Rare Watches and a Rolex Afternoon sale, lot 138, which bore the case no. 485. Estimated at CHF 30,000 – CHF 50,000, the watch sold for CHF 40,000.

Christie’s, at their upcoming Hong Kong auctions (30 May), also has an A-series on hand, with quite the pronounced dial oxidation. This one’s case no. 436. Making it an earlier instance from the one with Phillips. Christie’s estimate is listed at USD 25,800 – USD 51,600.

With all the information on hand, here’s hoping that the winning bidder will do so responsibly. We really don’t need another person bidding with anything but their brains and ruining the price market for the rest of us who love and adore the A-series Royal Okay. 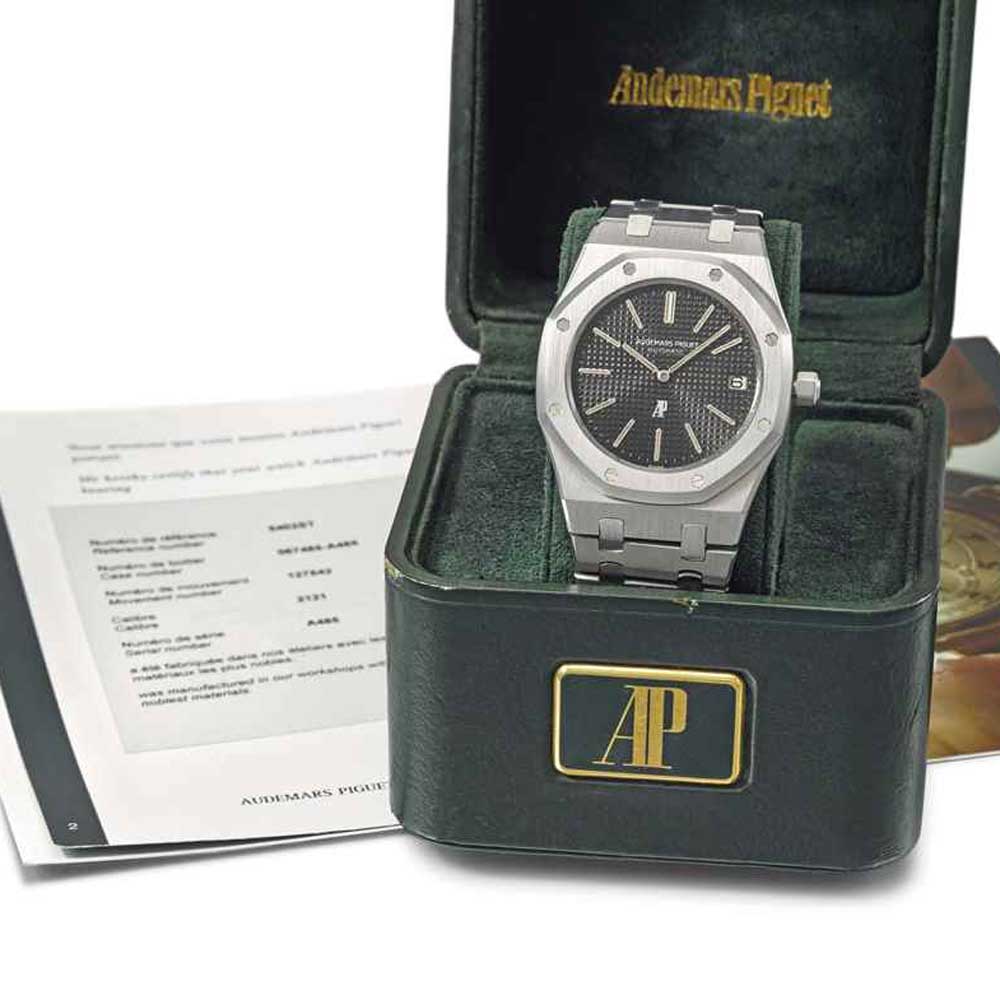