Alain de Cadenet has an obsession to surround himself with “the best”. And it’s for that reason that the cars he drives on the road are a 1931 Alfa Romeo and a 1950s Porsche 356; why his motorcycles are a pre-war Brough Superior and an American Crocker; why he’s had the same Venetian-made bed and horsehair mattress since the 1970s – and why the watch he wears is the very one that has been on his wrist, day in, day out, for the best part of 50 years.

But before we get to the watch, let’s hear a bit more about de Cadenet who, it’s hard to believe, celebrated his 70th birthday last November. It’s likely you’ll recognise the surname as also belonging to his daughter, Amanda, who achieved celebrity status during the 1990s as a presenter of TV shows such as The Word and The Big Breakfast and as the first wife of Duran Duran’s bass guitarist John Taylor. 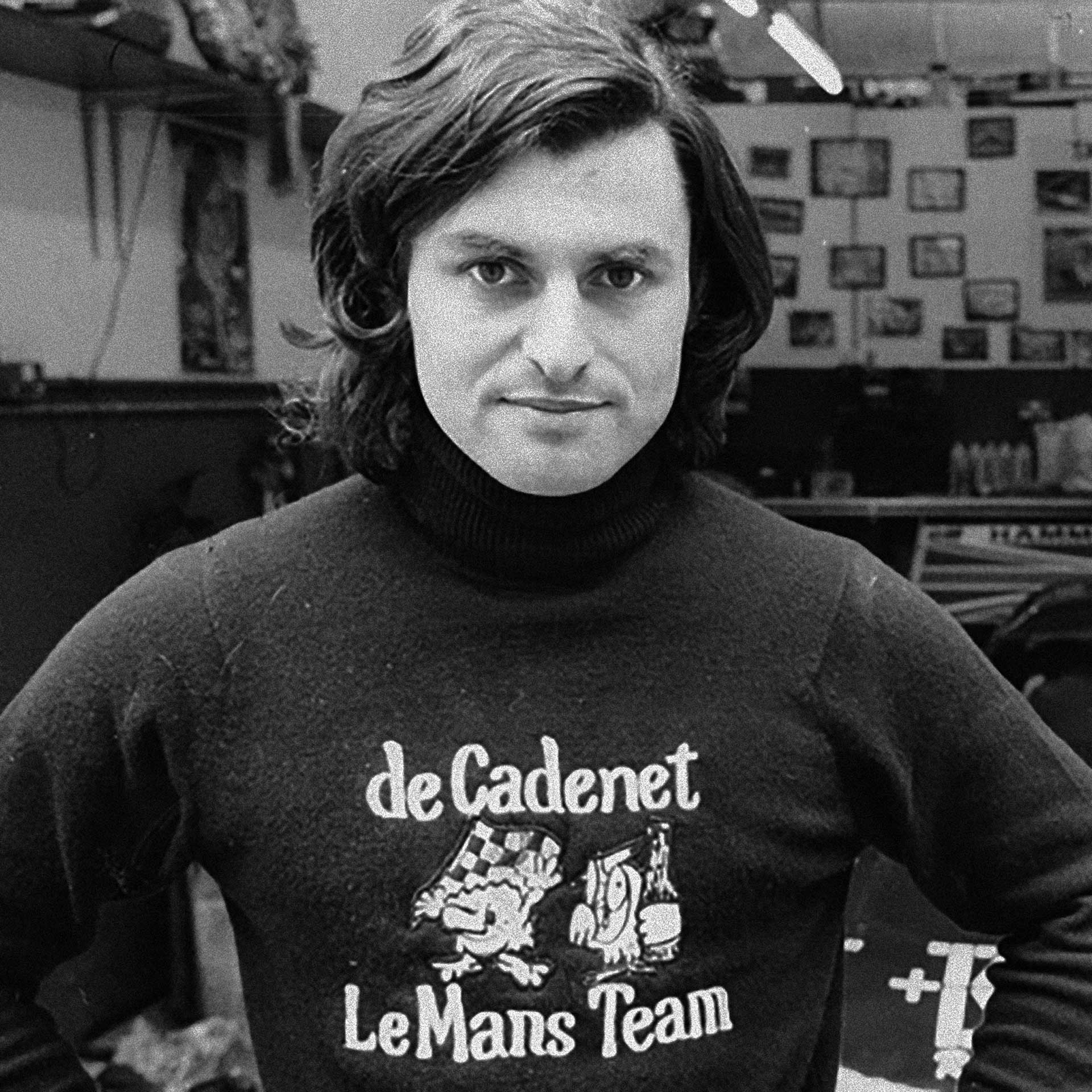 De Cadenet senior, however, has had an equally interesting life. Born in London the son of a French Air Force Lieutenant called Maxine de Cadenet, he began his career during the early-1960s in the somewhat strait-laced world of real estate as an employee of estate agency Jones, Lang, Wootton on a salary of 50 shillings a week.

But, being “quite a social sort of bloke” (a very modest description of this most gregarious of people, I can assure you), de Cadenet was soon itching to do something a bit more, well, social. So when a friend bought a photographic studio above the offices of pirate radio station Radio Caroline, he jumped at the chance to work  with him as an assistant.

“I wasn’t much good at taking pictures,” he confesses. “But people taught me what to do and I had a great time as a rock ‘n’ roll photographer working for Radio Caroline and Radio London, doing portraits of the big stars such as Jimi Hendrix and Eric Burdon of The Animals.” 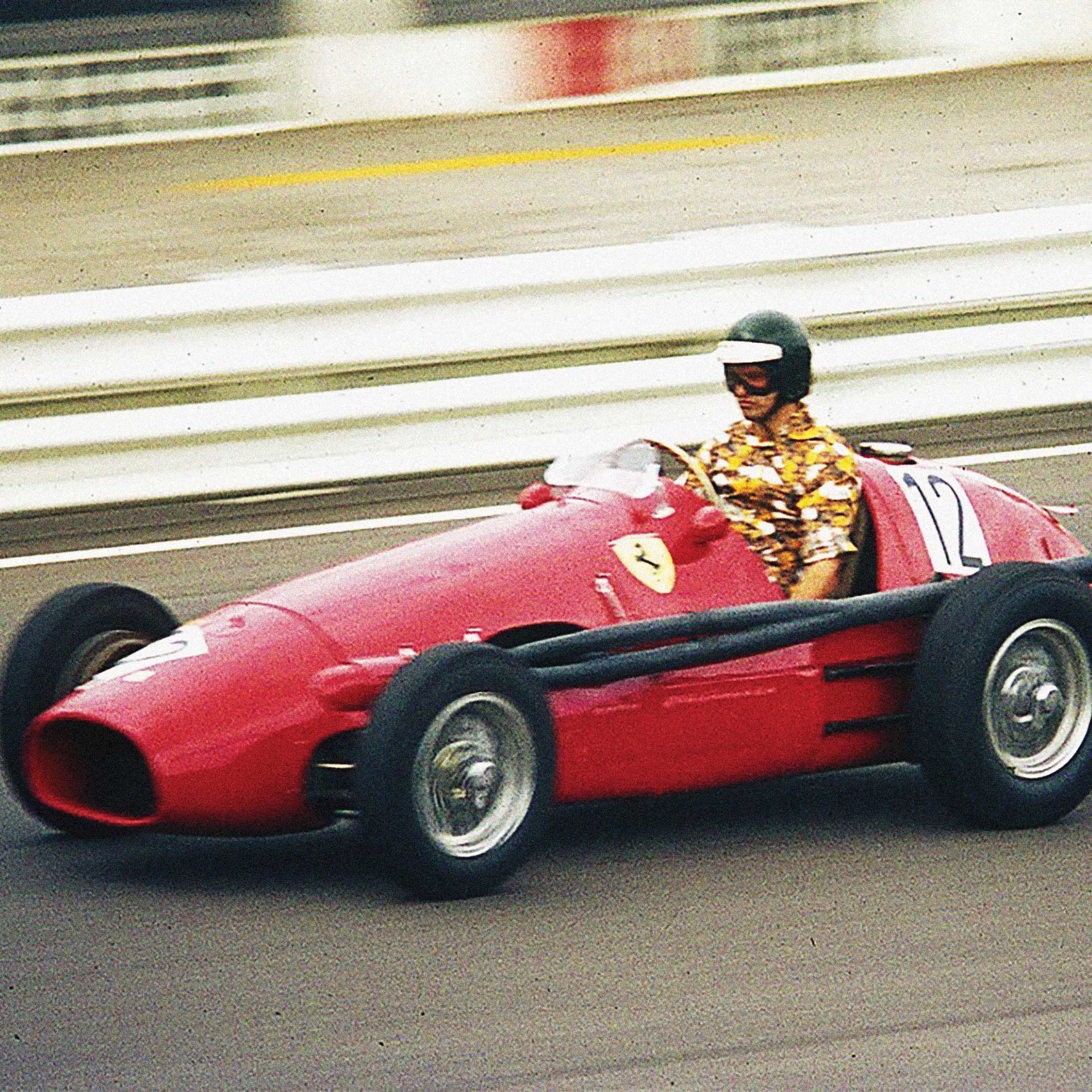 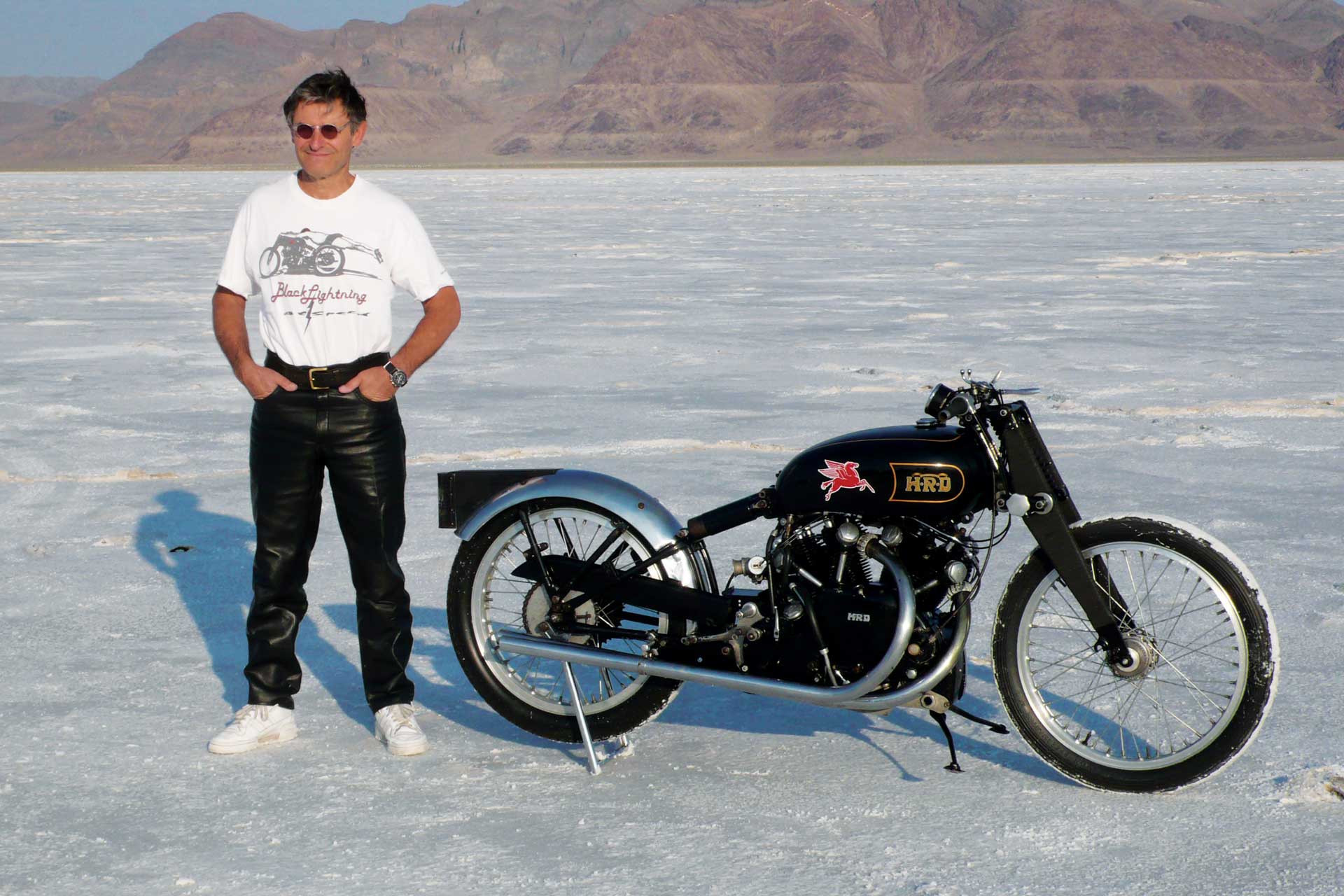 Follow the car
And it was through his work that he met a striking model girlfriend who, one weekend, invited him to Brands Hatch motor racing circuit. “Not only had I never been to a motor race in my life, I don’t think I had ever seen a racing car,” recalls de Cadenet.

“And no sooner had we got to Brands than the girl I was with promptly disappeared. She had gone off with a racing driver – which is when I realised that cars represented a good route to the ladies, and decided to get into racing myself.”

It was the start of a lifelong passion which saw de Cadenet compete in many major races, including the Targa Florio (which he has done twice), the Le Mans 24 Hours (eight times) and countless others at tracks around the world. “We never had any money, but somehow always managed to scrape enough together to go racing,” he recalls.

“When I started, it was the time when you’d drive a car to a race meeting, race it and then drive it home again – so you looked after it accordingly on the basis that, if you had a prang or blew it up, you probably wouldn’t be able to get back to base. But it still gave us track experience and, after half-a-dozen races or so, you’d gradually get the message as to what it was all about.” 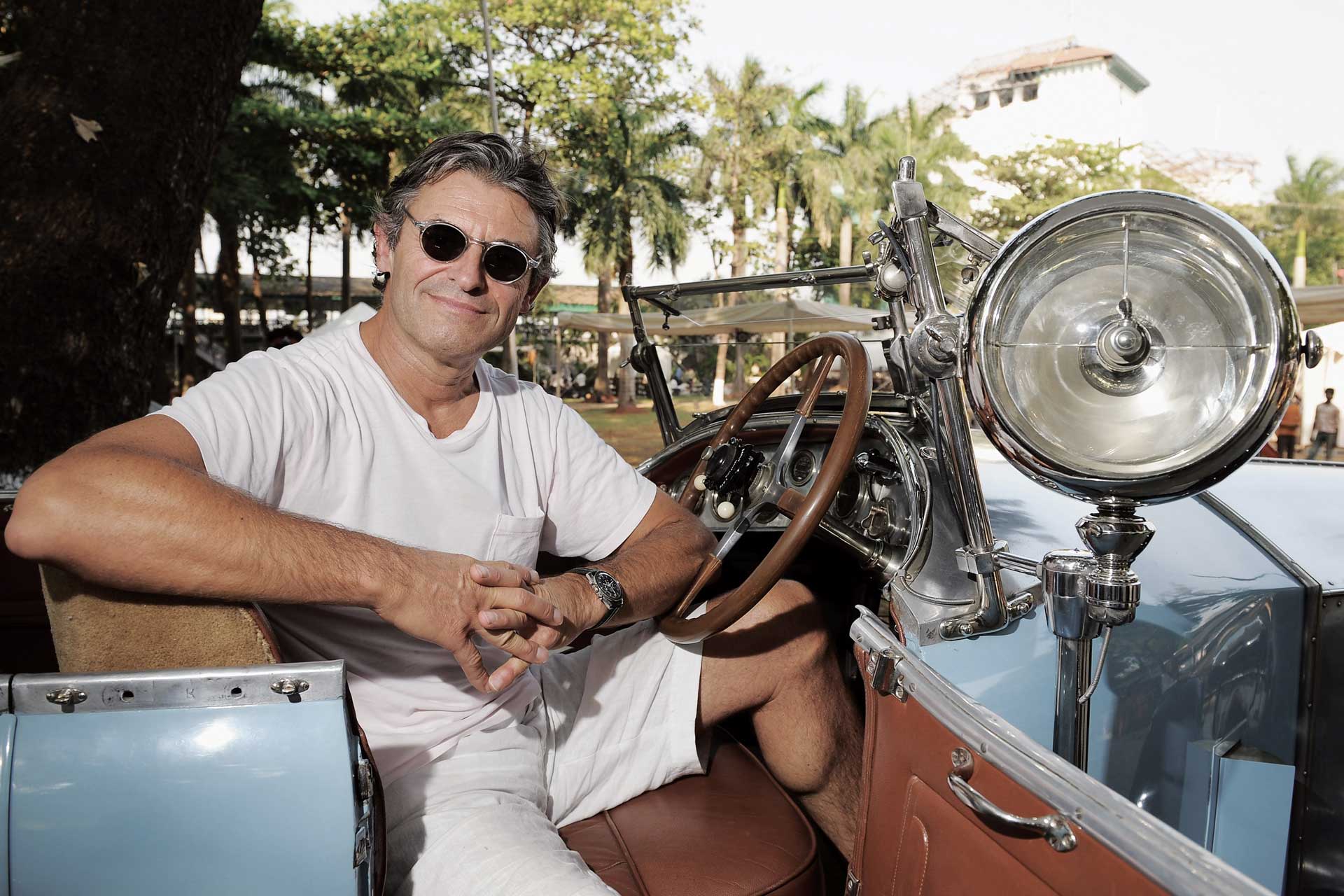 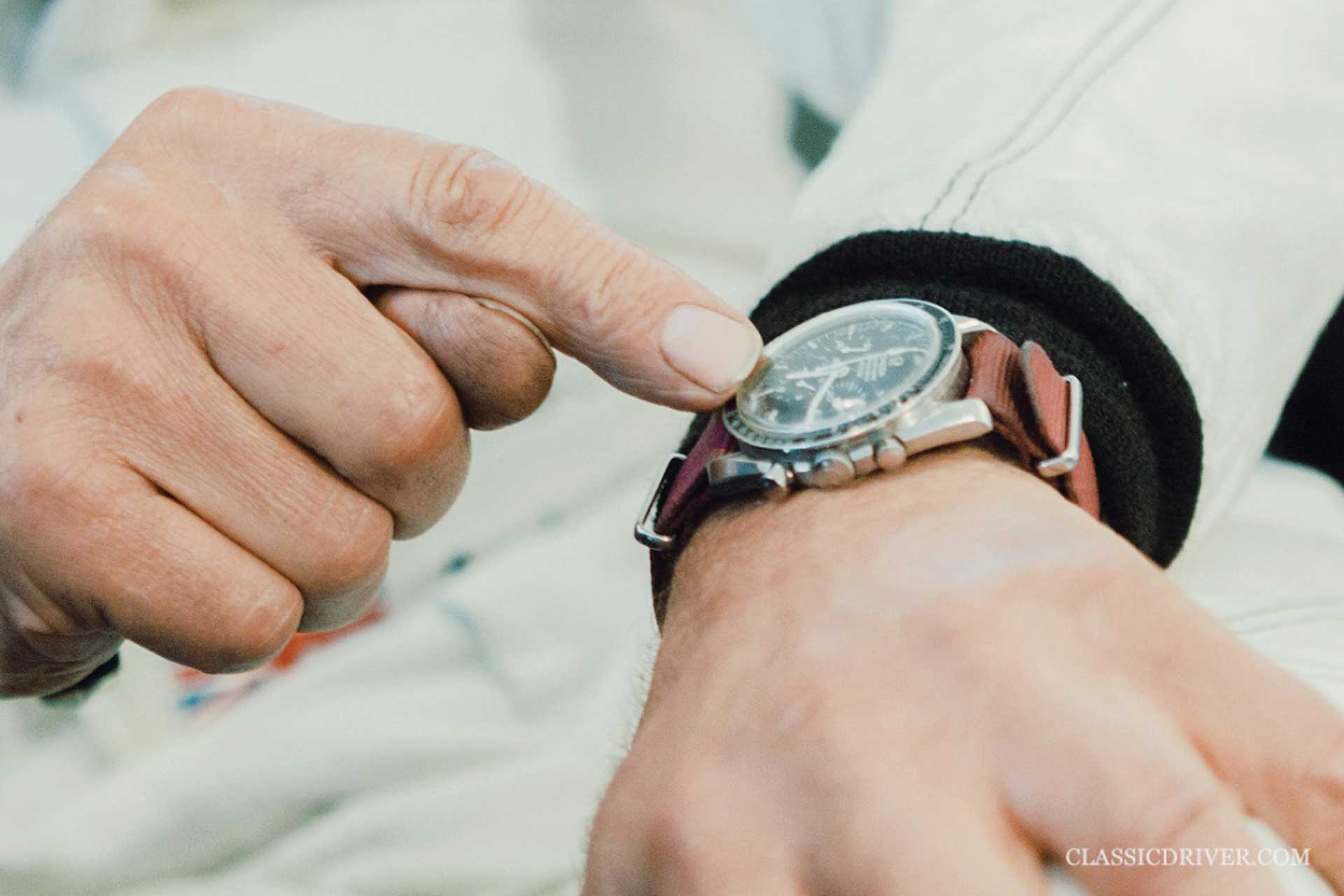 De Cadenet’s love of the sport grew quickly and soon he decided that he wanted to make it his life – despite knowing he was going to have to operate on a shoestring budget. “I had to take a job in a shop once, just so I could have access to the phone in order to be able to speak to people about finding cars to drive and so on,” he says. “But the big change came when it became legal and acceptable to have sponsorship – that brought me fairly reasonable money and I spent it frugally.”

Indeed, de Cadenet was canny enough to reach the point where he was able to set about building his very own racing car, the de Cadenet Lola T380, which he did in the garage of his Kensington mews house ( his home since the 1970s) with the not inconsiderable help of the now-legendary designer Gordon Murray of, among other things, McLaren F1 fame.

“My dream was to be the first person to build their own car and to win at Le Mans,” says de Cadenet. It was a dream that never quite came true – but he certainly made a very impressive fist of it, achieving third place in 1976, fifth in 1977 and seventh in 1980. 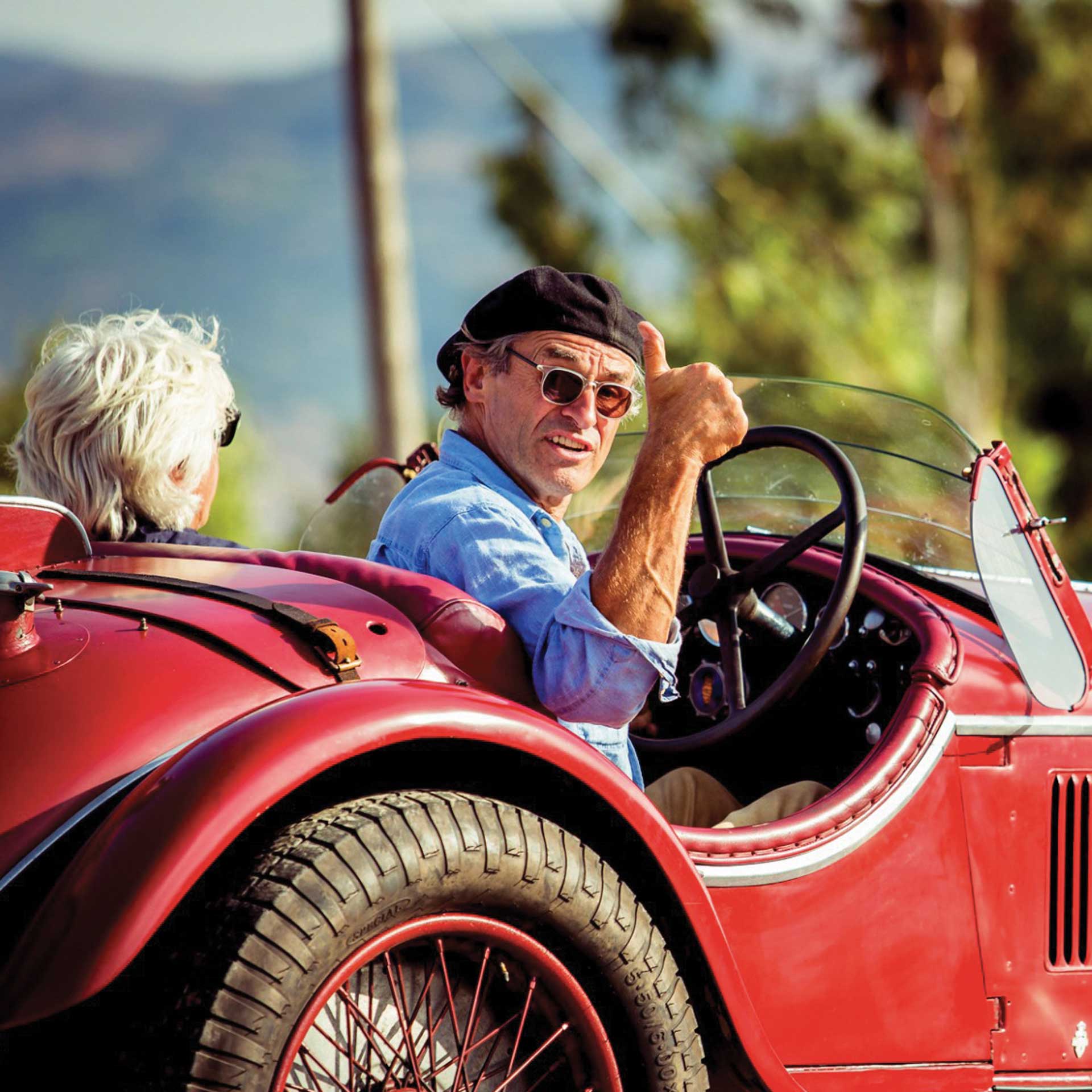 Voice of the machine
His life has revolved around racing ever since those early days – as  driver, as the manager of the late Formula One star Graham Hill, as an F1 commentator and, subsequently, as a BBC presenter and documentary film-maker. He’s also an accomplished pilot (qualified to fly Spitfires), an authority on George V postage stamps, a connoisseur of English landscape painting, an expert on early Leica cameras, a collector of silver and flintlock pistols, an insatiable traveller and a sportsman who counts scuba diving and tennis among his pursuits.

And he is, of course, a fan of fine watches – which is what brings this remarkable, entertaining, fascinating and lovable septuagenarian to the pages of Revolution. “Like most people with a passion for cars, motorcycles, aircraft and anything to do with engineering, I absolutely love watches,” says de Cadenet who, through his links with the old car world, developed a friendship with the late horologist George Daniels.

“That said, I only actually own three watches: one is an original Longines Lindbergh that I bought for its aviation links and because I think it is a brilliant design, and the second is a Lemania single button chronograph. But the watch I have worn almost every day for the past 48 years is my beloved Omega Speedmaster, which I simply can’t imagine being without,” he says.

“I bought it en route to the Nürburgring in 1968. I was towing a trailer from Brescia in Italy to Germany carrying a Ferrari 206 SP, which I was going to race. Feeling a bit tired, I stopped in Zurich. While looking around, I found two Omega Speedmasters in a watch shop and bought them for £35 each. I put one on my wrist and gave the other to a racing driver called Edward Nelson in exchange for driving me around the notoriously difficult ring so I could learn it.” 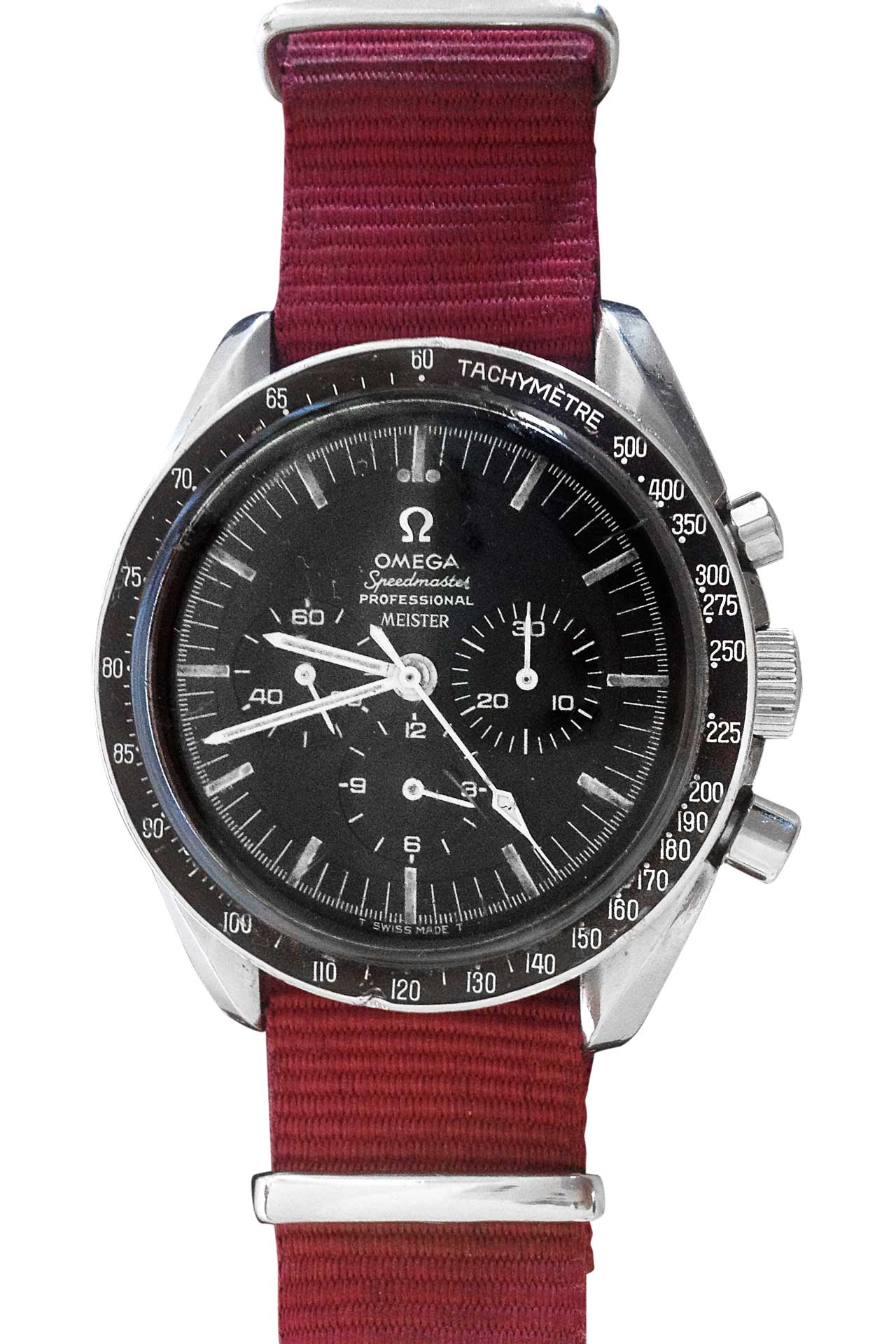 Constant companions
“My watch has the same ‘321’ hand-wound movement used in the original Speedmasters that went into space and, apart from when it’s sent for servicing, it’s on my wrist all the time – I always wear it while racing, and it was with me through all eight of my Le Mans races and while flying lots of interesting planes, including Spitfires. I think when you find something in life that is as good as it gets, you hang on to it – which is why I’ve never found a watch I would rather wear than my Speedmaster.”

Surely, however, there must be ONE watch that would tempt de Cadenet to wave goodbye to his ancient Omega. “Quite honestly, there isn’t,” he shrugs. “But the one watch I would quite like to own is the Patek Philippe Calatrava Pilot Travel Time that was announced  at Baselworld last year. It was panned by some critics, but I really like it, both for its appearance and its functionality as well as for the way it’s made.

“Apart from the fact that it seems to be almost unobtainable, it is too expensive for me, anyway. But even if I could afford one, I still wouldn’t give up that Omega. Not least because I happen to agree with Patek Philippe’s advertising slogan about handing things on to the next generation.

“Which is why the Speedmaster will go to my youngest son, Aidan – he loves it as much as I do, and his watch knowledge is encyclopaedic.” 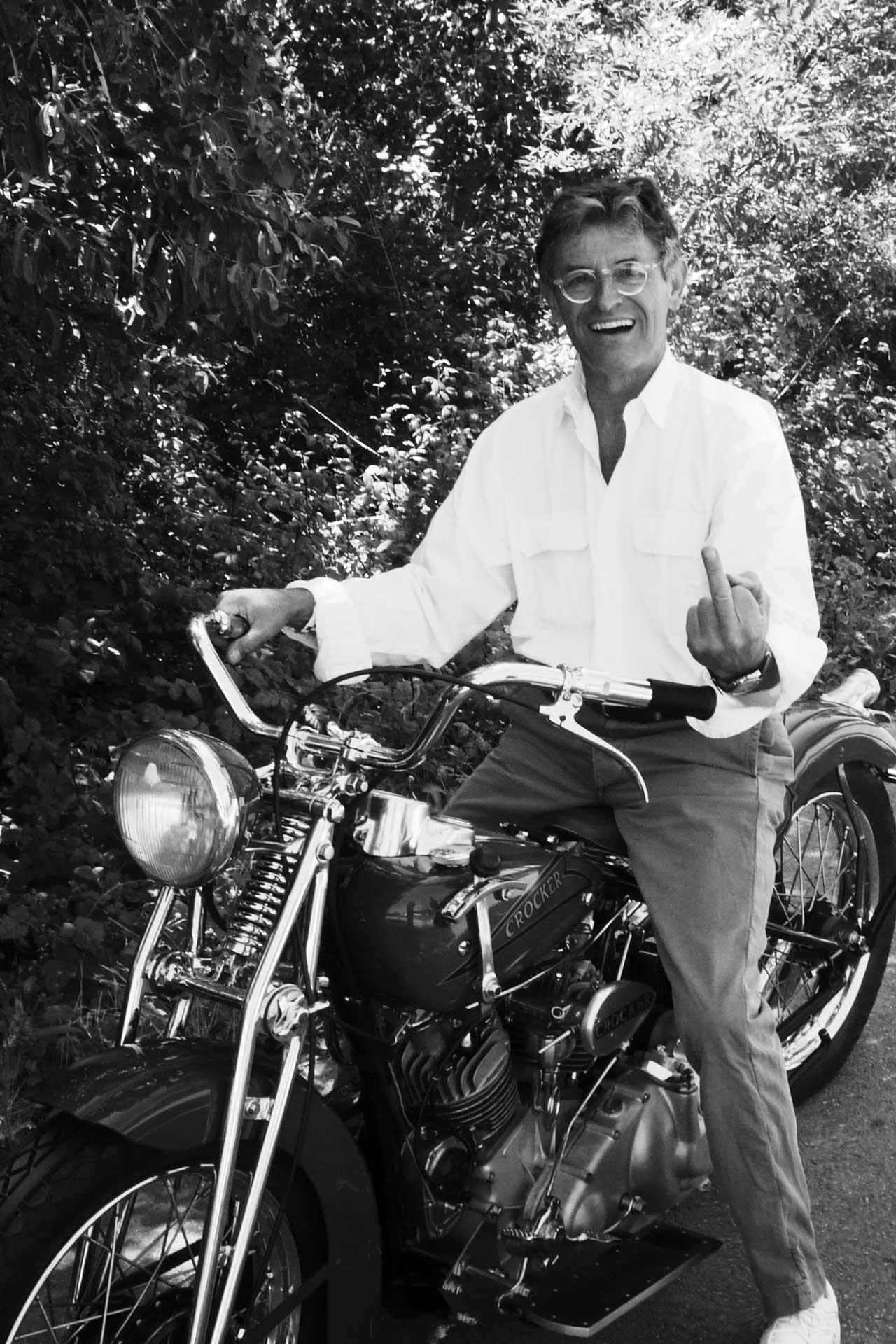