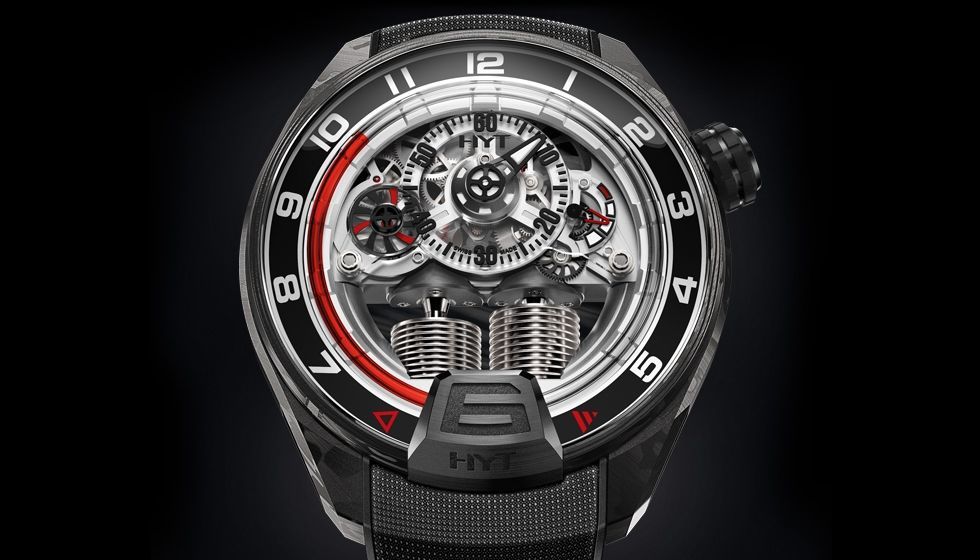 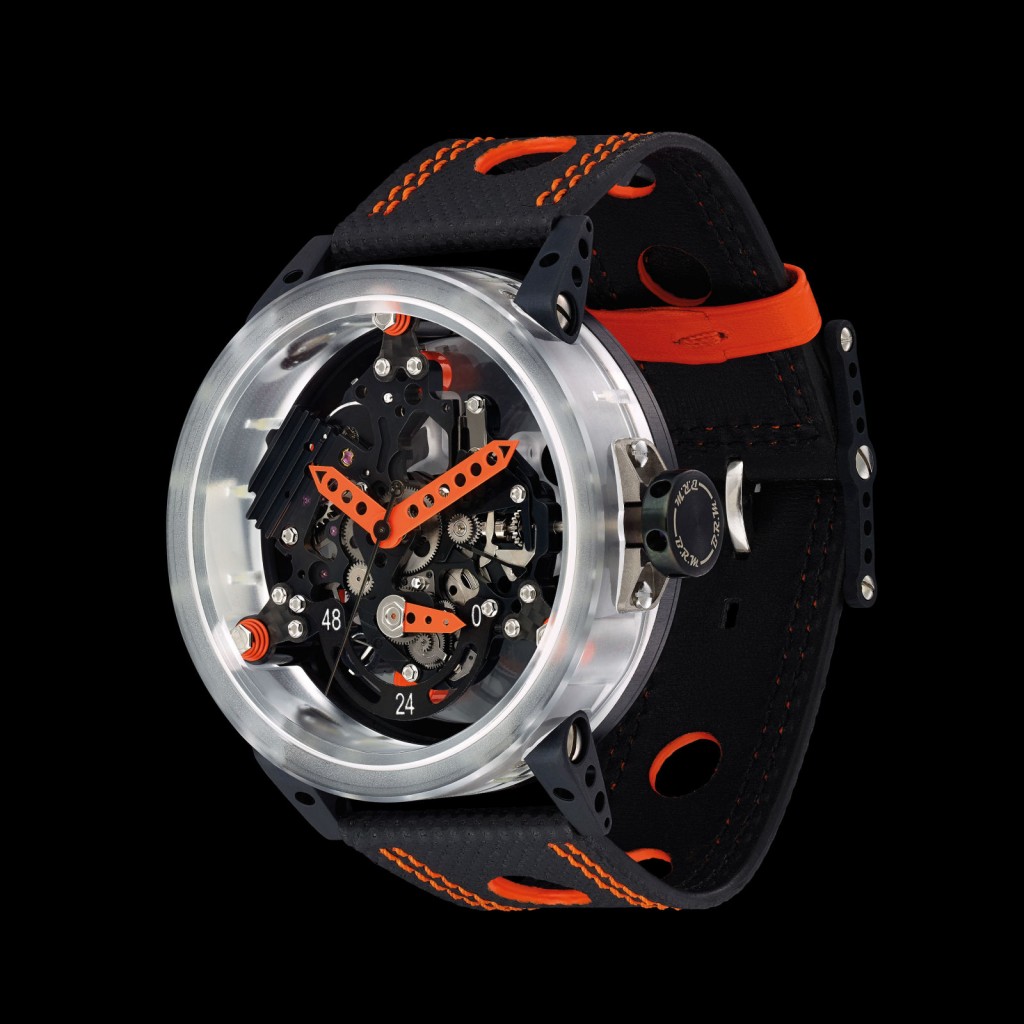 I love watches that blend form with function. It’s fine to make a watch using some clever design, but making that design sing with functionality is what it’s really about. The continued use of the tourbillon in luxury timekeeping has been great, but luckily there are a number of cooler watchmakers out there who are more than happy to be a bit more audacious and take things beyond merely exposing their movements. Here we celebrate the most unique watch dials on the market right now.

Anyone who’s dabbled in rudimentary fluid dynamics should appreciate HYT Watches. In 2002, company founder Lucien Vouillamoz thought he could use a fluid mechanism to display time. After a decade at the drawing board, he and the HYT team developed their first timepiece: the H1, which used a set of pumping bellows to move fluid through an outer ring designed to indicate the hour on the watch’s dial. Since then, the brand has released a handful of different models which all capitalize on their movement technology. Honestly, there isn’t currently anything else out there quite like them. The new H4 Gotham is their latest take on the original H1’s design with a few tweaks, including more visible movement components that uses red fluid instead of the original fluorescent green.

BRM R50 MK . Since the start of motorsports there has been a significant relationship between timekeeping and auto racing. From the days of McQueen and the legendary Heuer Monaco, watch to recent partnerships between IWC and the Mercedes AMG Petronas F1 racing team, you can pretty much guarantee that wherever fast cars are found some serious wrist wear won’t be too far behind. The difference between these brands and BRM is that latter will do everything in its power to produce a watch truly fit for motorsports. By using ultra light materials like makrolon polycarbonate and titanium for its watch cases and manufacturing most of their components in-house, BRM has set themselves apart when it comes to building unique watches. Because dials add weight to design, many of their watches feature exposed movements, as well as tiny shock absorbers designed to protect their movements from abrupt impacts and vibrations that are common in car racing.

Linde Werdelin Oktopus Moon Tattoo.In-house designed moonphase complications have become the new hot ticket in the watch world lately, but few are as stylish and well executed as Linde Werdelin’s recent Oktopus Moon Tattoo watch. Its rose gold case features meticulous engravings of with aquatic imagery, while its dial hides a subtle hand-drawn octopus. If this level of intricacy isn’t enough for you, even the rotating moonphase indicator contains a series of hand-drawn images of the moon in its various states. Paying tribute to both the technical marvels of modern watchmaking, and the dying art of the craftsman, the Oktopus Moon Tattoo captures the relationship between new and old perfectly. Also a limited release, the Oktopus Moon Tattoo will see a 59-piece production run before it disappears from the market.

TAG Heuer Monaco V4 Tourbillon. Heuer’s Monaco V4 is one of the most unique timepieces in the world. The Monaco has been Heuer’s flagship timepiece for a number of decades. In 2004, Heuer launched as watch that mated the original Monaco’s rough dimensions with a peculiar belt-driven movement. Last year, the brand took things a step further and added a tourbillon to this already-groundbreaking timepiece. Now if only they could cut a few bucks off its exorbitant $170,000 price tag.