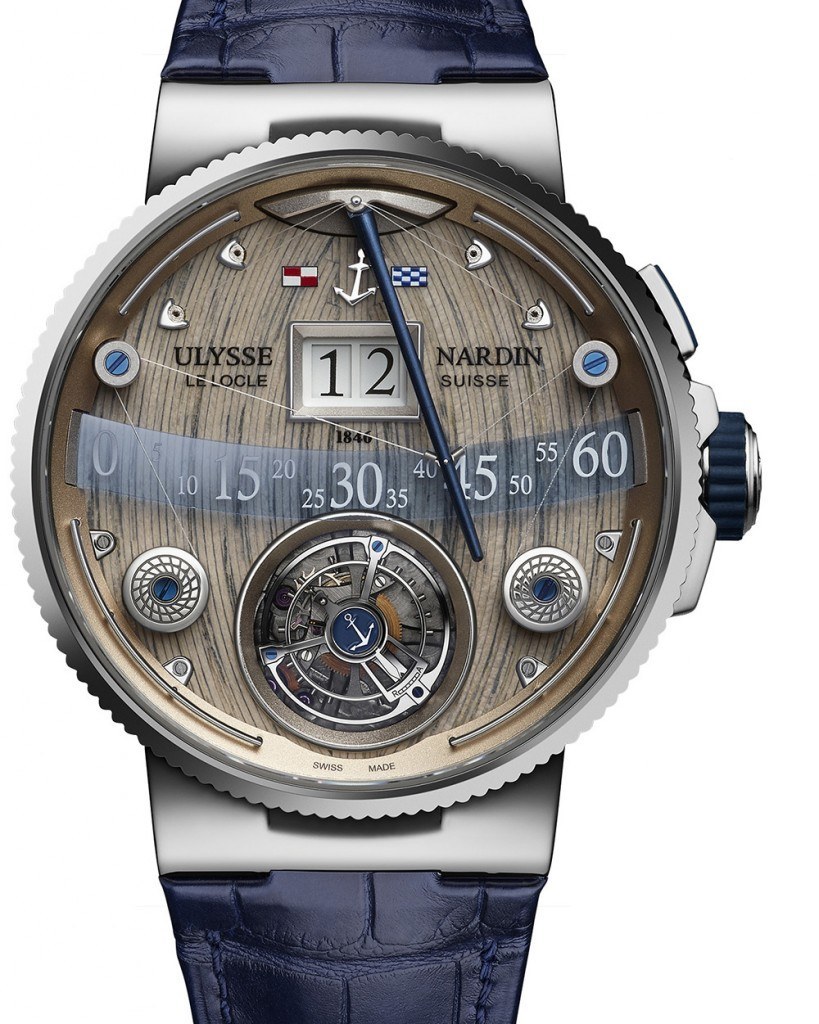 The Ulysse Nardin Grand Deck Marine Tourbillon, one of the most buzzed-about timepieces introduced at this year’s Baselworld, is a sailboat for the wrist. The dial miniaturizes elements of the deck of a classic racing yacht, including a wood deck, winches, lines and a mainsail boom. The dial is made of inlaid wood in a color and curved design intended to resemble the deck of a classic yacht. A blued aluminum minutes hand represents the boom, the horizontal spar used to angle the mainsail on a racing boat. It swings down from the 12 o’clock position, sweeping across a retrograde minutes scale that extends from 3 to 6 o’clock. It is literally pulled across the scale by strong high-tech fibers that wrap around two “rigging screws” and two pinions designed to resemble – and function as – the winches on the deck of a racing yacht. The winches use a drive gear, a spiral tensioning spring, and two lock pins to “tack” the boom. The lines are thinner than a human hair, measuring 0.0357 mm in diameter, and are capable of withstanding traction of 1.41 kg (about 3.10 pounds) without stretching. They are made of polyethylene Dyneema®, a fiber used in ship’s rigging that is many times stronger than steel. 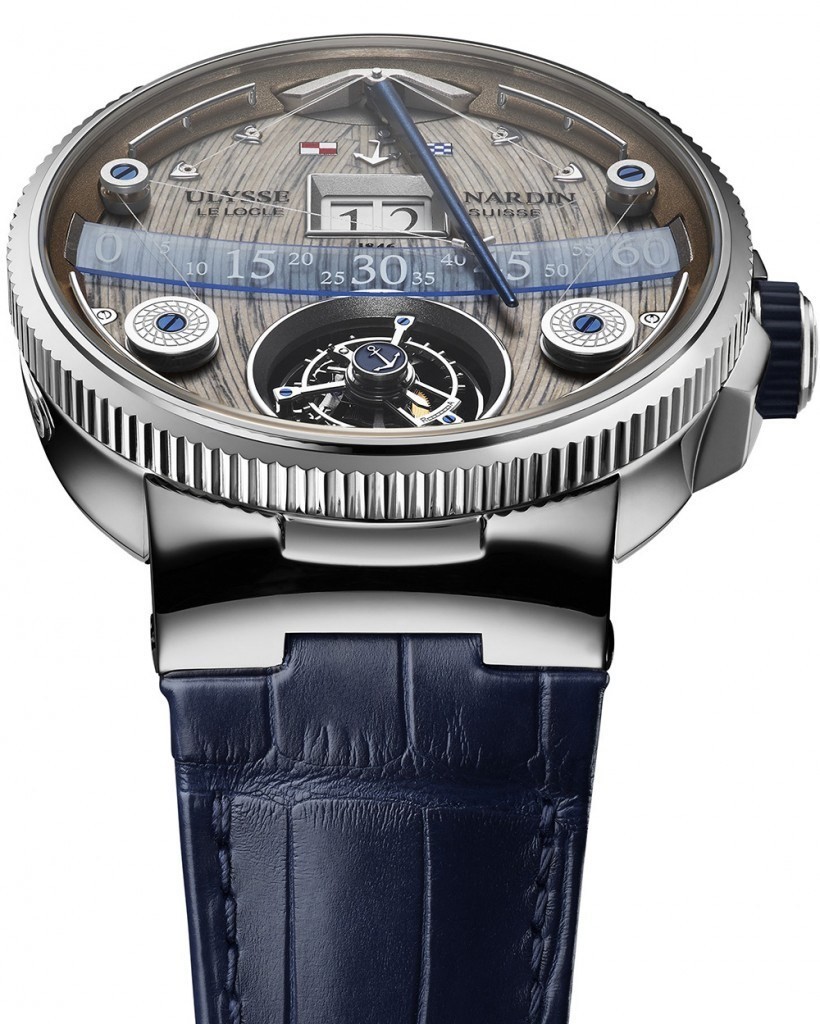 Once the boom reaches the 60-minute position, it jumps back to zero in about 4 seconds – a delay that is calibrated with a special regulator that maintains the accuracy of the minutes. The mechanism is linked to a flying tourbillon in the manual-wound Caliber UN-630, which is made up of 469 components and has a frequency of 3 Hz and a 48-hour power reserve. There are two barrels, one driving the time and the other powering the complication and the display. It was designed in collaboration with Christophe Claret, one of the top Swiss designers of complicated movements. Claret designed several important minute repeater/automatons for Ulysse Nardin in the 1980s.

The minutes scale is made of a translucent blue crystal so as not to interfere with the view of the “deck.” The hour is displayed as a jumping hour in a double window just above the minutes. A corrector positioned at 2 o’clock on the case side can be used to set the time. The Ulysse Nardin logo appears on the upper dial between two floating maritime symbols, spelled according to the nautical alphabet that was used in classic ship’s chronometers – such as those historically produced by Ulysse Nardin. The watch will be made in limited editions of 18 pieces in white gold and 18 pieces in rose gold. It is priced at $280,000.

Although the design of the Grand Deck Marine Tourbillon is inspired by classic racing yachts, Ulysse Nardin supports the very modern catamaran boat of the Artemis Racing Team, the Swedish challengers in the 35th America’s Cup, to be held in Bermuda in 2017. 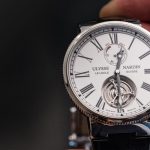 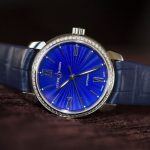