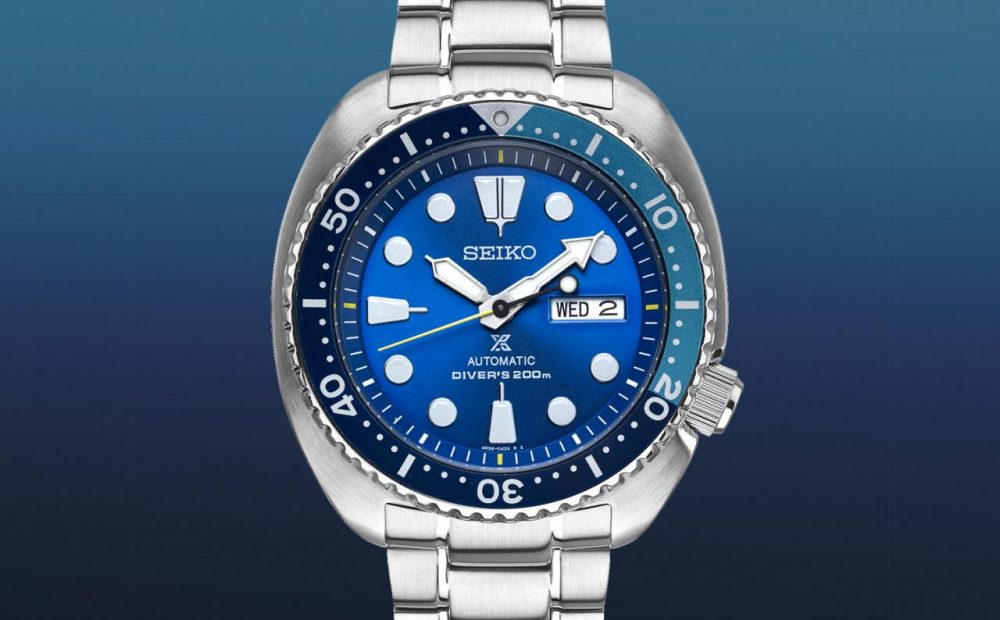 As a preview of what will be showed at Baselworld 2017, here are the Seiko Prospex Turtle SRPB11 and Samurai SRPB09 Blue Lagoon Limited Editions.

This has to be said, the Seiko Prospex Turtle has been one of the most talked watches of 2016, especially in its PADI special edition, which has been named in almost all watch magazines as one of 2016 highlights –including us. And for good reasons. This watch has everything of a cool piece: affordable, vintage-inspired, stamped with the Prospex logo, super good looking, efficient as a dive watch, and fitted with an unbreakable automatic movement. The standard editions were already well received by collectors but the PADI was simply a blast, with its blue dial and pepsi bezel. read more 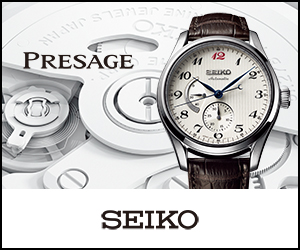 At their packed Baselworld press conference Seiko announced that 2016 was to be the year of their middle-tier Presage collection. The lion’s share of attention has been on the truly excellent limited edition Presage Chronograph, but there’s a lot to love in the rest of the collection too.

Presage honours the spirit of fine mechanical watchmaking that Seiko is well known for, but at a price point that’s far from prohibitive. Take for example the good looking three-hander that is the Seiko Presage SPB039J1 – not only do you get a quite handsome dress watch (with such a catchy name!), you get all the advantages of Seiko’s ‘Trimatic’ technology. This comprises of the magic lever (for efficient winding), Spron alloy (for stronger and longer lasting springs) and Dia-Shock (Seiko’s shock resistance technology). The watches in the Presage collection are a cut above Seiko’s popularly priced mechanicals in terms of movement quality and finishing, but the pricing, as you can see, is still highly competitive. read more 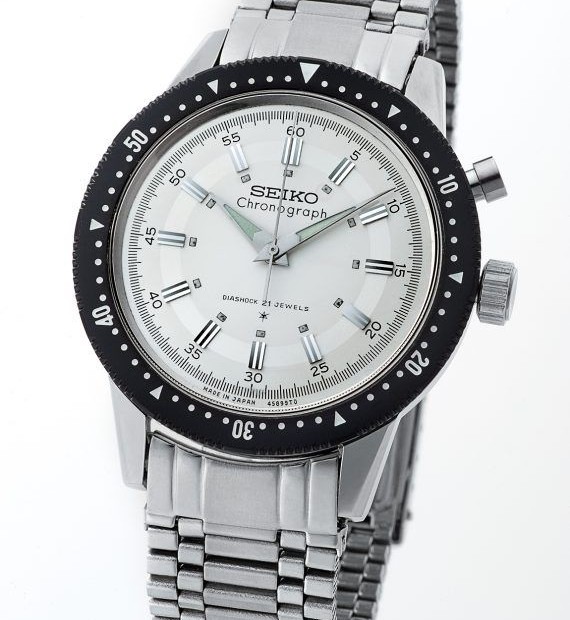 We survey Seiko’s half-century-plus of mechanical chronographs in this comprehensive historical feature from the WatchTime archives. Scroll down to discover the Japanese brand’s contributions to the world of chronograph wristwatches.

When Seiko set out to design Japan’s first wristwatch chronograph, its goal was to produce a watch that was as much status symbol as timing device. Suwa Seikosha, i.e., Seiko’s factory in the city of Suwa, developed the watch, which was launched in time for the 1964 Summer Olympics. It was powered by the 12-ligne, hand-wound Caliber 5719. The salient features of this 6.1-mm-thick movement included a single button to trigger the chronograph’s functions, horizontal coupling, and a column wheel to control the start, stop and return-to-zero functions. The balance was paced at 5.5 hertz, or 39,600 vph. With the chronograph mechanism switched on, the movement would run for 38 hours. The case was made of steel and was 38.2 mm in diameter and 11.2 mm thick. read more