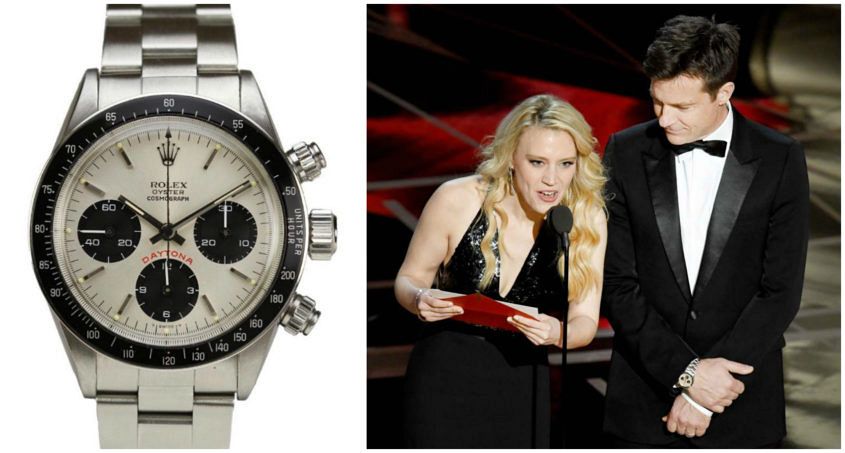 For watch people, though, the 2017 awards will be remembered as the year the Academy was first sponsored by Rolex. The Swiss giant chose to mark the occasion by airing a 60-second celebration of cinema, seamlessly showcasing some of Hollywood’s biggest names wearing their iconic watches. Of course, that showreel wasn’t the only Rolex-gazing opportunity. And here are five standout Rolexes worn at the 89th Academy Awards. Check them out, below.

One of our top spots of the night was Jason Bateman sporting a vintage Rolex Daytona on stage. We did a bit of digging to identify the model, and found an extract from a GQ interview where he confirmed the year, that it’s not a Newman, and that he traded in a Sea-Dweller and a Franck Muller to get it, as well as throwing in some cash. He also laments that he can’t afford a collection of vintage Rolex, which isn’t doing the Hollywood elite stereotype any favours. Still, he sounds like our kind of guy. 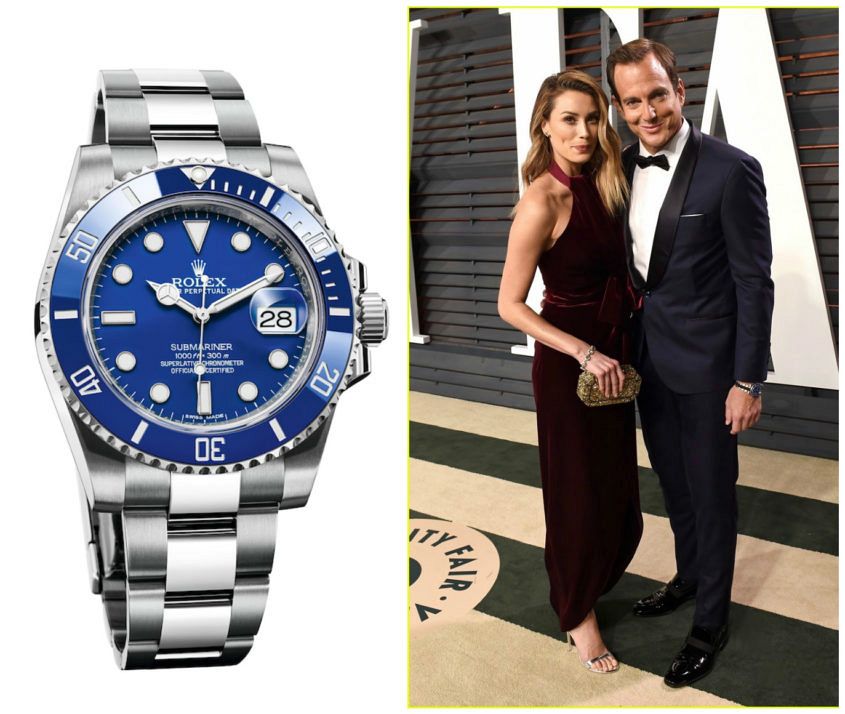 Funny man, serious watch. Will Arnett is the most amusing Batman we’ve seen in a while – even if he’s in brick form. Turns out he also does a solid Bruce Wayne impression, as demonstrated here at the Vanity Fair after party in a decidedly dashing bow tie and handsome blue Submariner ref. 116619LB – AKA the ‘Smurf’. 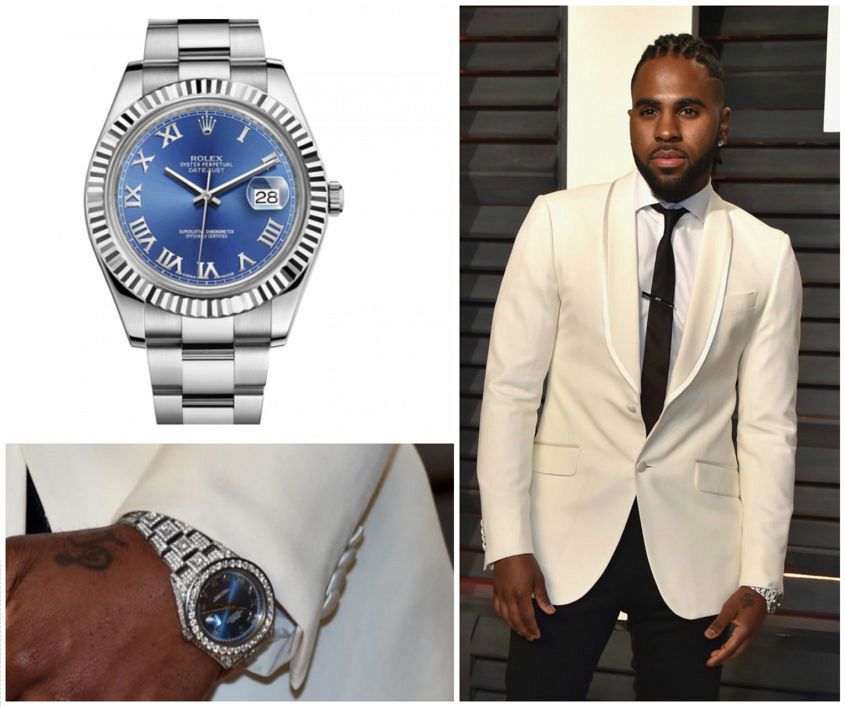 R&B artist Jason Derulo’s love affair with diamond-covered Rolexes is long and deep, with several sparkling options spotted on his wrist over the years. On Sunday he went for maximum impact, sporting an older style white gold model (likely a ref. 16019) with Roman numerals and a customised fully set case on Oyster bracelet. 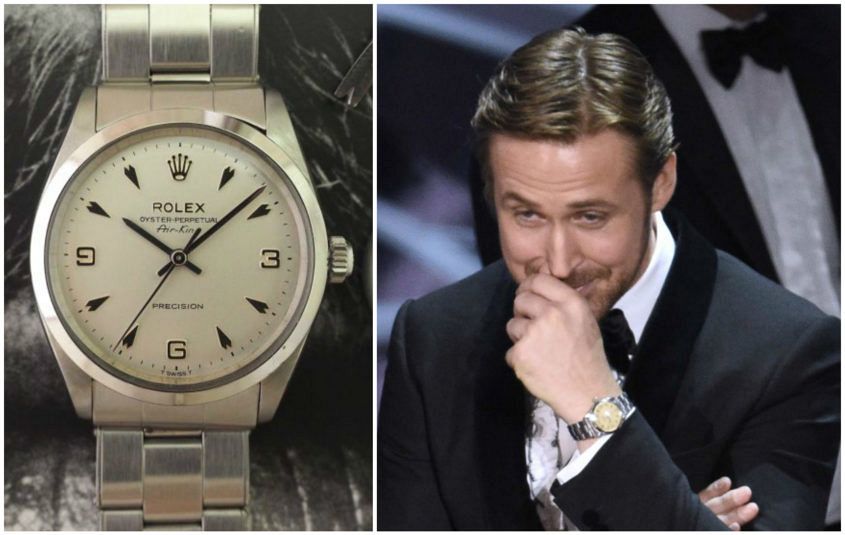 Much has been made of Gosling’s love of vintage Rolex (and on-screen Omega), and how it fits into his old-world, golden age of cinema persona. And while many a meme will be made out of this face, we’ve only got eyes for that 34mm (!) Oyster case and champagne dial – the same watch he wore to the Golden Globes earlier this year. 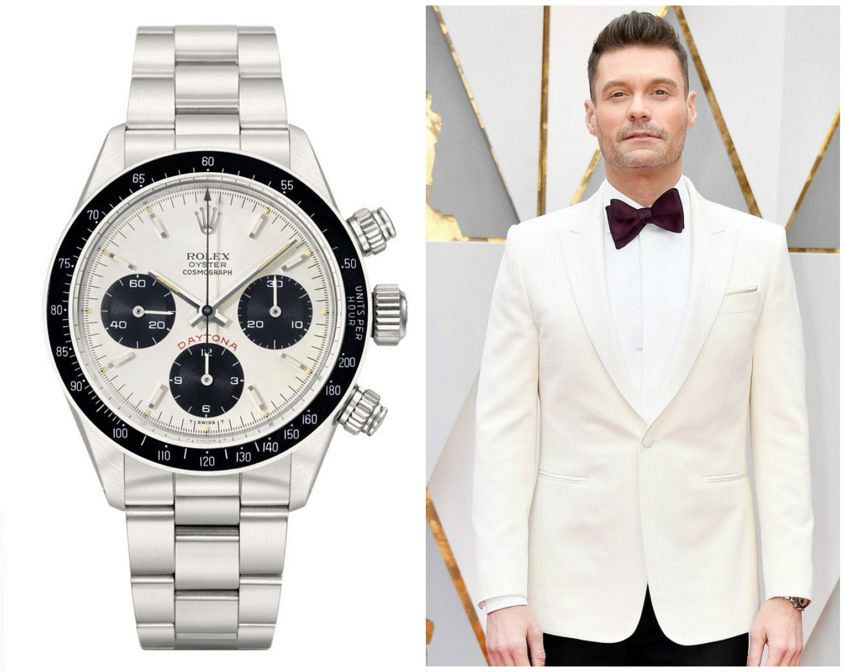 Rounding out our list with another Ryan, we’ve got Mr Seacrest wearing the same vintage Daytona he did at last year’s Oscars (probably a ref. 6263). We kinda hope he’s buddies with Bateman and that they send each other chrono24 listings just like the rest of us.