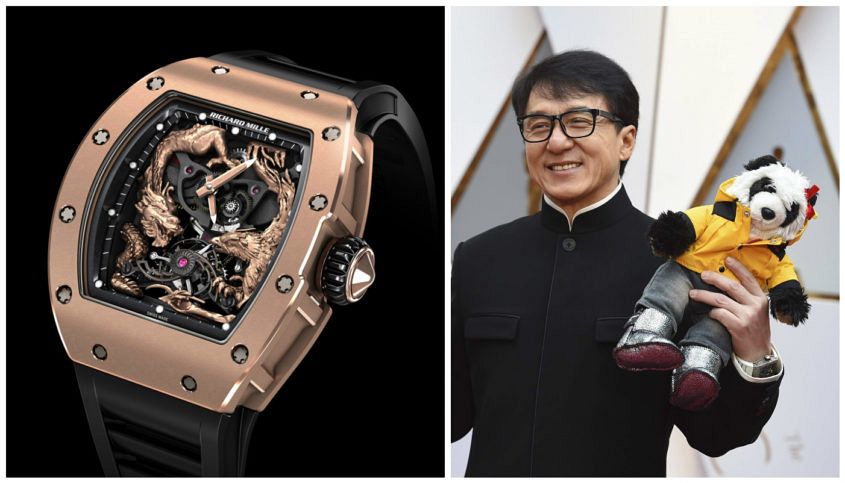 Yes, we all know Pharrell sports a Richard Mille, but for our money the coolest RM wearer at the Oscars was the world’s most loveable action hero – Jackie Chan. Here he is wearing a RM 57-01 in white gold – one of just 15 made – which he himself developed with Richard Mille. See, now that’s cool. Chan has quite the relationship with Richard Mille, with a unique RM 55 auctioned off to support his Dragon Heart foundation (helping kids, not dragons). 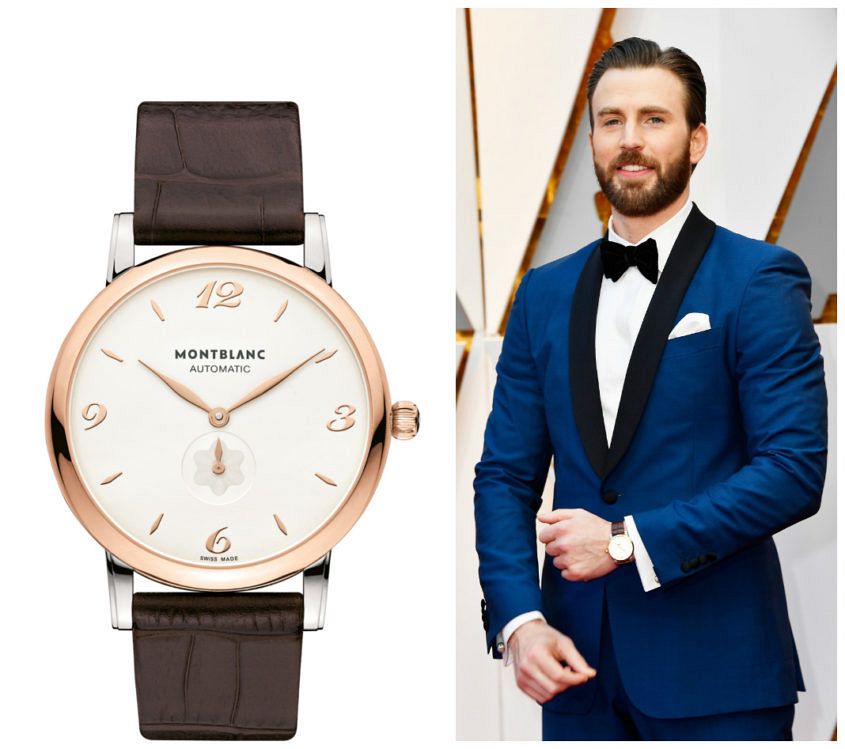 Proving once again that Evans is a man of the people, he’s opted for one of the best accessible dress watches on the market, the Star Classique from Montblanc, full of nice details like the star in the small seconds subdial and the Breguet-style numerals. And clearly all that time holding a shield has paid off, judging by that watch posing stance. Ordinarily with this style of tuxedo, we’d recommend a black strap to match the contrast lapels and buttons, but in this instance, the watch is somehow tonally perfect with his chestnut brown hair. Captain America also gets extra points for taking his sister to the Oscars as his +1. 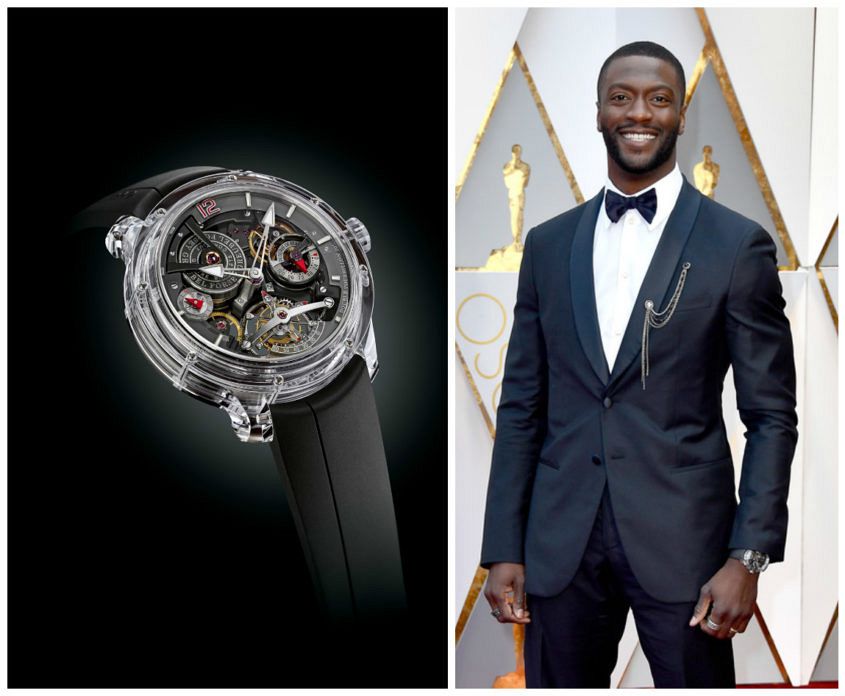 We did not see this one coming. Aldis Hodge from Hidden Figures is the clear winner for best wrist, wearing a Greubel Forsey – and not just any GF, but a US-only limited edition cased in a single piece of sapphire worth a cool $1.7 million AUD. Check out his Instagram feed for more. Turns out Hodge is quite the watch guy, his collection including Elgin, Hamilton, Gerald Genta, Jaquet Droz and Jaeger-LeCoultre. Meanwhile, with a background in design, he’s even launching his own brand. 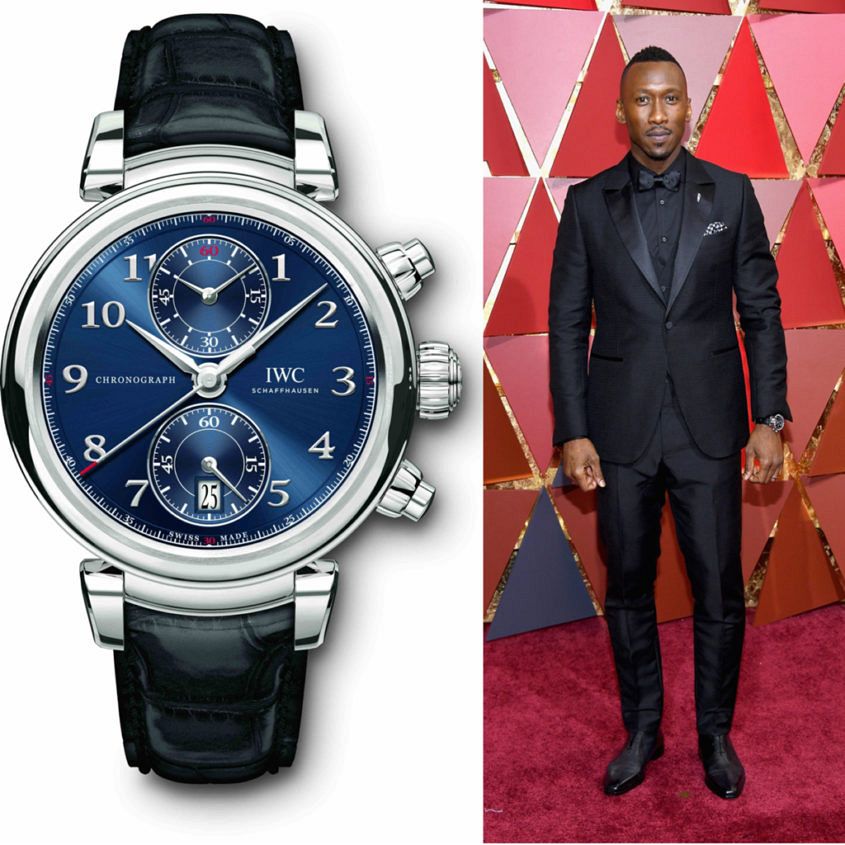 He may have taken home the award for Actor in a Supporting Role for his part in Moonlight, but Mahershala also had a win for diversity as the first Muslim actor to win an Oscar. Meanwhile, his watch for the night was a case study in how a dress chronograph should look. With its tapered pushers and distinctive lugs the Da Vinci stands out on Ali’s wrist, and the midnight dial blends into his otherwise all black ensemble with ease. 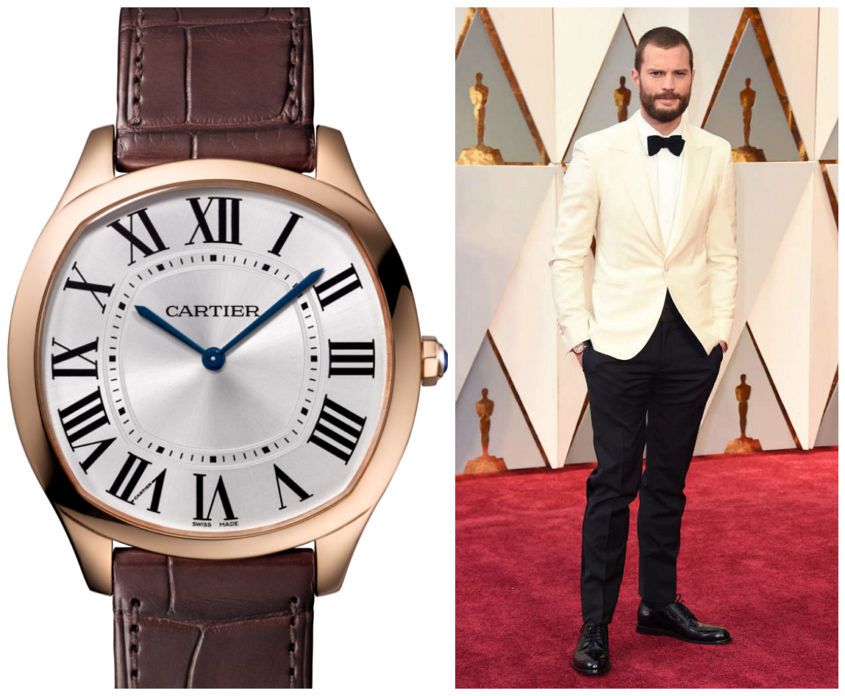 Clearly we’re not the only people who think the Extra Flat is the most perfect expression of Cartier’s Drive model, given that Jamie Dornan picked the pink gold version as a perfect pairing with his slick white tux. The star attended on the night to present the award for Best Production Design to the La La Land team, with his 50 Shades co-star Dakota Johnson. Both, on this occasion, were clothed.