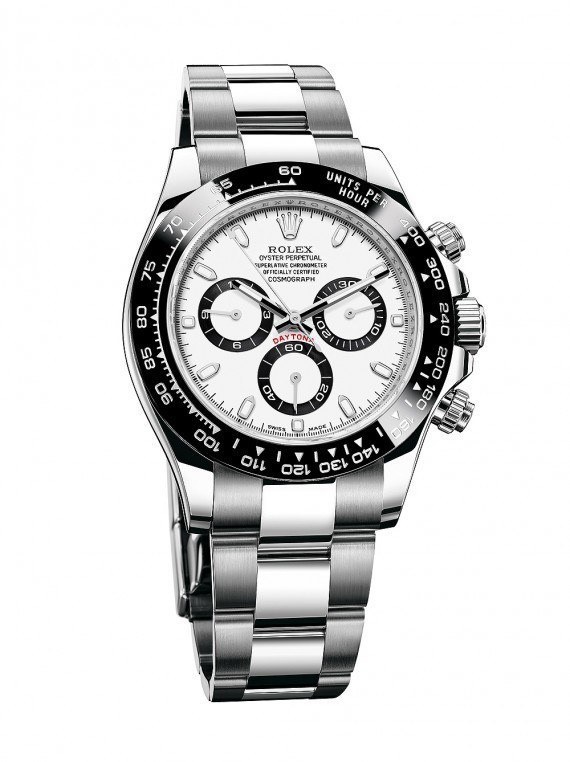 As I mentioned a few months ago while writing about the Patek Philippe Aquanaut, there are a few watches so closely held by the passionate watch enthusiast community, I proceed cautiously each time I write about them. The Patek Philippe Calatrava series is one, the Omega Speedmaster another, and — lest we forget the watch we’re taking a look at today — the famed Rolex Cosmograph Daytona series certainly fits that bill.

The Cosmograph Daytona is a dynamic series of watches steeped equally in historical legend and modern fame. From the 1955 release of the first Oyster Chronograph, a precursor to the Cosmograph line; to the “pre-Daytona” Ref. 6238, a watch more aesthetically characteristic to the modern lineage; to the 1963 debut of the first official “Cosmograph” watch; to two years later in 1965 where the word “Daytona” began to be printed over the bottom subdial, the watch’s lineage is one full of changes, variations, and improvements that has only continued during the past 60-plus years.

During that time, the series has worked to balance the demands of those in need of a tool and sports watch with those strictly searching for an expensive timepiece. From its early days on the racetracks at Daytona Beach, Florida, with manual Valjoux 72 movements, to more recent versions in gold cases on the wrists of boardroom executives with modified Zenith El Primero movements, it is a collection that has proven to be quite dynamic. Today, the Rolex Daytona holds a rare place in horology — cherished both by vintage enthusiasts, with their expensive love of exotic “Paul Newman” styled dials as well as other early Cosmographs and pre-Daytonas, and by a more modern crowd searching for their “pinnacle” watch from this renowned brand. 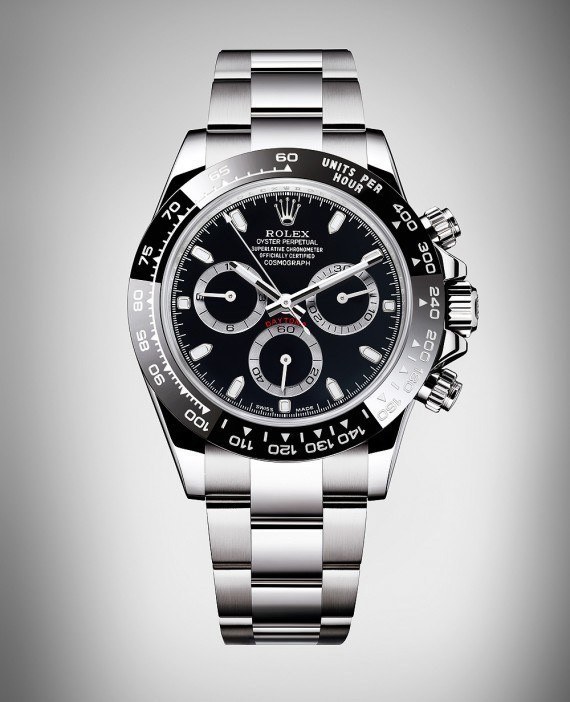 This year was especially big for the Daytona, as Rolex issued a new release for the series at BaselWorld 2016. We found the design of this new model taking a slightly different direction than those of Cosmographs in years past. The watch, available in several metal and dial variations, is now characterized by an engraved, distinct bezel made of Cerachrom, a Rolex-specific material similar to ceramic meant to replace the previous engraved metal bezels.

Specifically focusing on the all-steel variants, the watch is 40 mm in diameter without the crown, powered from within by Rolex’s modern, in-house chronograph movement, Caliber 4130. On the black or white dial that resides within the now-black bezel are three outlined black or white chronograph subdials measuring 12 hours, 30 minutes, and 60 seconds. Also on the dial is the Daytona’s characteristic four descriptive lines of writing beneath the corporate logo, the applied hour markers, the baton hands, and, of course, the iconic red “Daytona” print above the bottom subdial. Other key features to notice are the screw-down crown and chronograph pushers, and the famed Rolex Oyster bracelet. This watch, available later this year, will begin in price at $12,400.

While the Rolex Cosmograph Daytona has certainly changed quite a bit since its official launch in 1963, it is not without historically influenced design elements. The screw-down crown and pushers, along with the bracelet and oyster case, are all almost directly descended from the designs of the early models in the ‘60s and ‘70s. Meanwhile, the more contemporary characteristics — such as the 40-mm size, applied hour markers, crown guards, and in-house automatic movement — are all elements more associated with the Daytonas produced after 1988.

The models released this year are particularly interesting as they pay a subtle homage to some of the most famous modern variations in the series’ lineage, the exotic dialed “Paul Newman” references. These watches were made distinctive by their Spartan black or white dials with black or white (sometimes referred to as “panda”, or “reverse panda”) subdials, and often by their use of a plastic or plexiglas black bezel. The 2016 Daytonas, as you have probably noticed, use a black ceramic meant to honor the previous black plexiglas bezels, and use either black or white subdial outlines alluding to previous “panda” models.

The Rolex Daytona has proven itself as both an iconic and timeless watch, as well as a timepiece that has achieved extreme notoriety from relative rarity and high prices through the years. The 2016 BaselWorld release will most likely be no different in finding fame and appreciation through the next few decades, and has the added benefit of using some of the most cherished design elements (black bezel, black and white dials) to give it an extra boost of fascination. Maybe one day Rolex will release a true and complete homage to past Daytonas, but for now the watch collector community will have to satisfied with this still-solid piece. 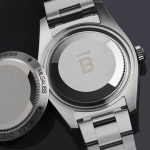 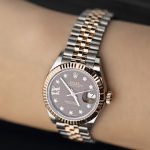