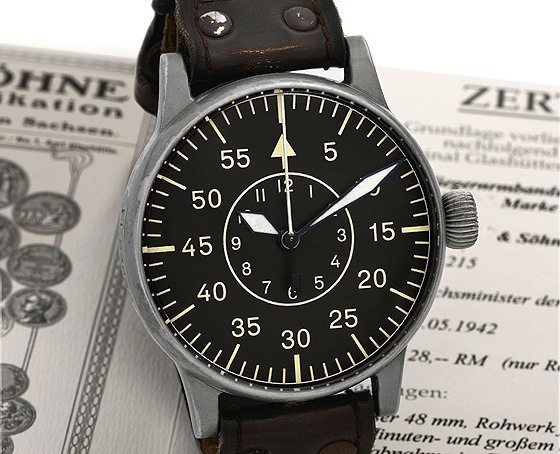 There are some watches that have so much history and so many variations in their collections that it would be a horological disservice to attempt to cover every facet of them within one article. The Omega Speedmaster, Cartier Tank, and TAG Heuer Carrera are three such collections that come to mind, but another prime example is the IWC Pilot’s Watch. A few weeks ago, we compared vintage and modern variations of the iconic Mark XVII, but this week we come to an equally popular and integral part of the larger Pilot’s Watch collection: the IWC Big Pilot. 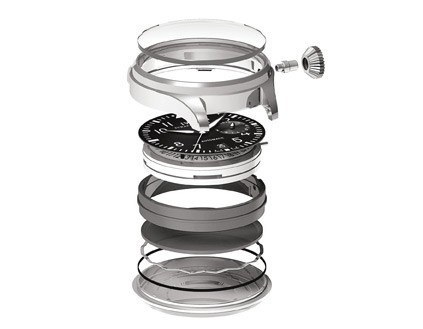 The famous Pilot’s watch traces its origins back to the 1930s and ’40s and the military air campaigns of World War II. IWC, in conjunction with a number of other Swiss and German manufacturers, began producing the signature Beobachtungs-Uhren, or observation watch, for the German Air Force, the Luftwaffe. This B-Uhr style (example pictured above) was characterized by a big steel case and crown, a large triangle at the 12 o’clock mark, and a highly legible black-and-white-accented dial. After the war, interest in this style of pilot’s watch was sparked, and it has remained a popular aesthetic many years after the fall of the Axis powers. Today, of the five original manufacturers of the B-Uhr, IWC, Stowa, and Laco continue to produce popular contemporary iterations of the original piece, and one of the most enduring is the cult-classic piece from IWC that is now known as the Big Pilot.

IWC’s modern Big Pilot is available as six different watches, and three different references, each with their own respective color combinations and features. This week will focus primarily on the original of these, the black-and-white Reference IW500901 (above). The watch features a 46-mm steel case with a noticeably enlarged diamond-shaped crown; inside resides IWC’s in-house Caliber 51111, an automatic movement equipped with IWC’s Pellaton pawl-winding system, a system that supposedly allows the watch to build up its relatively large seven-day power reserve in little time. On its black dial with white accents, a triangle with two dots appears at the 12 o’clock position, a power reserve indicator at 3 o’clock, and a date indicator at 6 o’clock. The hour markers are indicated by Arabic numerals with an outer minute ring. The watch uses the recognizable sword-shaped hands for the hours and minutes, and the whole thing is strapped up on a rugged-looking, black, alligator leather strap. This piece is priced by IWC at $14,500. 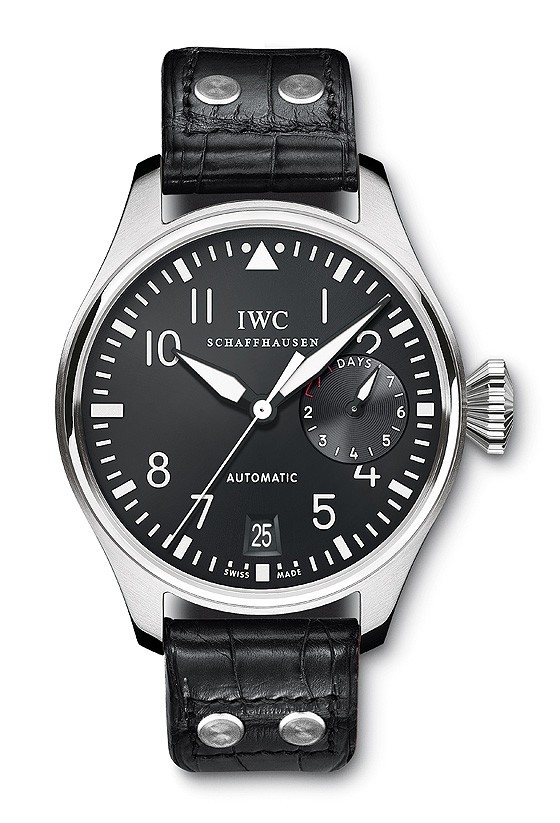 Comparing this watch to past models of the modern Big Pilot, it is clearly recognizable as part of the lineage. When comparing it to vintage examples of the piece — specifically the B-Uhr of the ‘30s and ‘40s — the lineage becomes less obvious, but nonetheless apparent. If you take away the power reserve, date indicator, and modern finishing practices, you have, more or less, the original military watch. Some aesthetic differences would still be evident — in the outer minute ring of the dial, the pronunciation of the diamond-shaped crown, and the presence of the previously less common two dots over the triangle at the 12 o’clock position — but overall the modern watch would look rather similar to the vintage piece.

Many would argue, of course, that the modern features the watch contains are what justify its $14,500 price tag, and I would agree. However, I do think IWC could benefit from producing a less expensive and more subtle nod to the watch’s original design, possibly by taking a route similar to the one Panerai did when it removed the corporate logo from some of its vintage-inspired pieces. While some other IWC Big Pilot references do try to focus more on vintage-esque looks, such as the Ref. 5019 Top Gun Miramar, none are true re-creations of the style that inspired the series.

I find the IWC Big Pilot to be an interesting watch. It is first and foremost a good-looking piece, but with models measuring 46 mm or more in diameter, comfortably wearing and fully enjoying it requires relatively gargantuan wrists (which mine are not). While I do wish the watch had more historical flair, or perhaps less modern flair, I also understand that it is to some extent a “niche” timepiece simply due to its size and price. And perhaps this means it requires the extra features to separate itself from other series and to appeal to a luxury market. Would I like to see a new, more vintage re-interpretation in the future? Yes, but the IWC Big Pilot of today has far outgrown its roots, so I’m not holding my breath.

Caleb Anderson is the Director of Outreach at the online vintage watch boutique theoandharris.com. Since starting at Theo & Harris, he has garnered extensive knowledge on vintage watches, and spends much of his time sharing his opinions within the field. Currently located near New York City, he is a persistent student in all things historical, a writer on watches, and a casual runner. 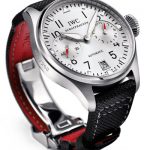 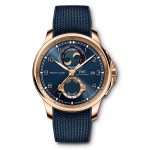