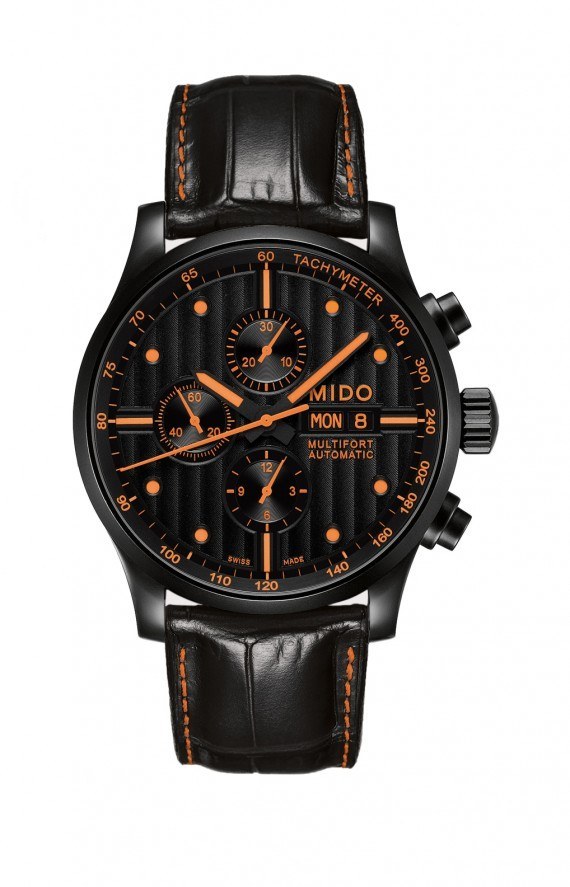 Most watch aficionados would not be surprised to find that the three brands that consistently produce the most chronometer-certified watches year after year are Rolex, Omega, and Breitling. However, many would be surprised at the brand that recently nabbed the number four spot: Mido. Though it’s been around since 1918, this Swiss brand, owned by the Swatch Group, has been largely under the radar in the United States despite strong popularity in Latin America. In 2016, however, Mido is making a big U.S. push, including pursuing partnerships with American football leagues.

Here are five headliner Mido watches, one from each of the brand’s Mido five major watch collections, all with Swiss-made mechanical movements, all of which draw their design inspiration from architectural marvels from around the world, and all priced under $2,500. 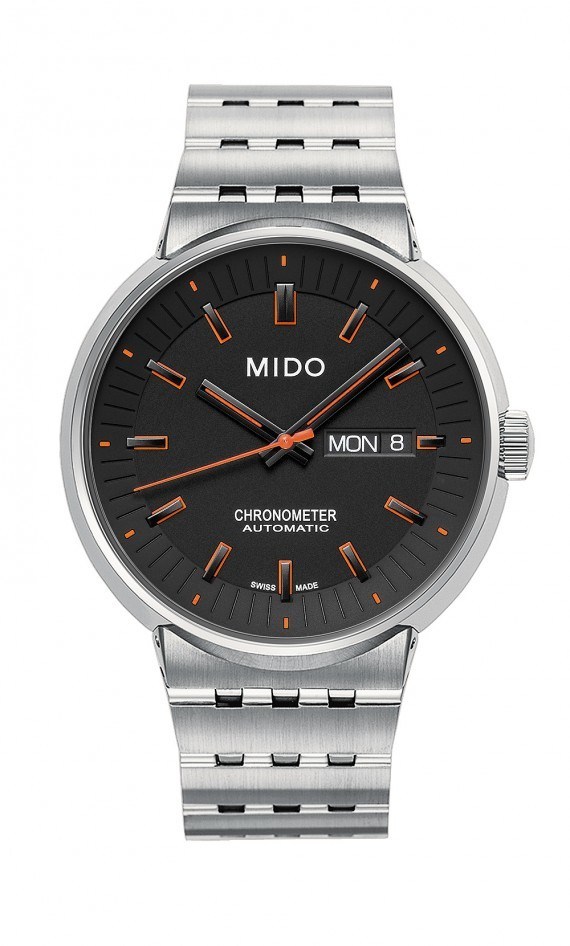 As its name not so subtly implies, the Mido All Dial Special Edition is pretty much “all dial,” with the thin bezel of the 42-mm steel case providing a generous opening for optimum readability of the watch’s face. Orange highlights on the edges of the applied indices and in the center of the hands contrast with the dial’s matte-black background; the day and date appear in a window at 3 o’clock. Mido says that this collection’s multi-level dial design is inspired by the architecture of Rome’s legendary Colosseum. The watch contains Caliber 80, exclusive to the Swatch Group, an automatic movement that stores up to 80 hours of power reserve and boasts a COSC chronometer certificate. The sapphire crystal covering the dial is treated on both sides with nonreflective coating and the crown screws down. Another sapphire crystal in the caseback shows off Caliber 80, whose decorative touches include blued screws and a rotor decorated with côtes de Genève. The Mido All Dial Special Edition comes on a steel bracelet and retails for $1,290.

Mido’s Baroncelli collection marks its 40th anniversary this year with the launch of the Baroncelli Heritage, the thinnest watch in the brand’s collection and one of the thinnest on the market. The polished 316L stainless steel case, which measures 39 mm in diameter, is just 6.95 mm thick. This case’s soft, harmonious curves take their cue from the Baroque-influenced neoclassical architecture of Milan’s Galleria Vittorio Emanuele II, framing a grained black dial with a simple date window at 3 o’clock and three rhodium-plated hands. The hour and minute hands are double-sided, with one side sandblasted and the other diamond-cut. The movement in the watch, visible through the caseback, is Mido’s automatic Caliber 1192, based on an ETA 2892A2, with a Geneva-striped rotor, decorative finishes, and a 42-hour power reserve. The Mido Baroncelli Heritage carries a retail price of just $990 and is offered on a crocodile-pattern calf leather strap with pin buckle. (There are also men’s and ladies’ versions in rose-gold cases, priced at $1,090.)

London’s Royal Albert Hall, with its Victorian-era concentric circles and curved glass domes, is the aesthetic inspiration for the the Mido Belluna Heures & Minutes Décentrées, which sports a silver-grained dial dominated by two overlapping subdials, one at 10 o’clock for the hours and minutes display, the other at 4 o’clock for the running seconds counter. A “scrolling” date function in a curved aperture at 7 o’clock adds to this watch’s distinctive look. A range of tones and finishes — sunray-satination on the hours/minutes counter, snailing on the seconds, black nickel-plating on the rings surrounding each — provide contrast with the main dial. ETA’s 2825 movement, an automatic with a small seconds “petite complication,” a 38-hour power reserve, and a range of high-horology decoration, ticks inside the 40-mm-diameter stainless steel case, which is water-resistant to 50 meters and includes a clear sapphire caseback. $1,120.

The sporty, masculine Commander collection first launched in 1959 and Mido has produced it without interruption since. The brand says that its “sober, simple” lines are inspired by France’s Eiffel Tower, with the dial’s faceted, nickel-plated indices evocative of the Paris monument’s renowned crosspieces. This year’s Mido Commander Chronograph Caliber 60 is equipped with another automatic movement exclusive to the Swatch Group’s family of brands, Caliber 60 (based on the ETA A05H21), which includes a chronograph function and up to 60 hours of power reserve. The steel case measures 42.5 mm in diameter, with an expansive opening for the bright blue, sunray-satinated dial, with its red highlights, snailed chronograph subdials at 12 o’clock (30 minutes) and 6 o’clock (12 hours), day-date aperture at 3 o’clock, and white Super-LumiNova application on the hour and minute hands and indices. Water-resistant to 50 meters and fitted with a transparent caseback, the Commander comes on a steel bracelet and retails for $1,960

A mainstay of the Mido brand since its introduction in 1934, the Multifort collection carries design codes from Australia’s Sydney Harbor Bridge, which was completed two years before the first Multifort watch was launched. This 2016 release, the Mido Multifort Special Edition Chronograph, has a black dial with orange highlights (black and orange are Mido’s signature colors) and adorned with a vertical Geneva striped pattern that evokes the famous bridge’s slender, arching forms and dot indices that echo its suspension and rivets. The black PVD-treated steel case is among Mido’s largest, at 44 mm in diameter, and water-resistant to 100 meters. Its movement, dubbed Mido 1320, is a modified, finely decorated version of ETA’s reliable Valjoux 7750 chronograph caliber, with automatic winding, a day and date display at 3 o’clock, and 48 hours of power reserve. The crown is screwed and the sapphire crystal is treated both sides with nonreflective coating. The hands and indices are coated with Super-LumiNova. … $2,200. 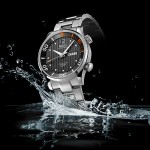