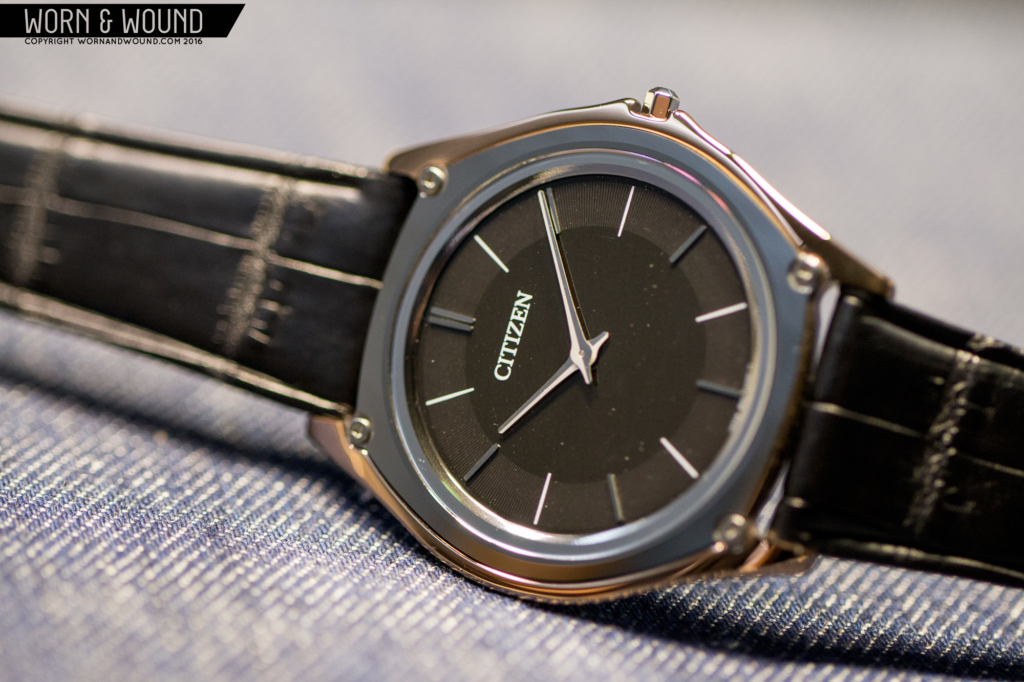 Citizen’s first light-powered analog watch, the Crystron, was released in 1976, and in the four decades since that initial offering Citizen has painstakingly refined the technology, creating watches that are not only more efficient, but also far more refined.For 2016, Citizen is celebrating the 40th anniversary of Eco-Drive, the brand’s pioneering technology of powering watches through light. 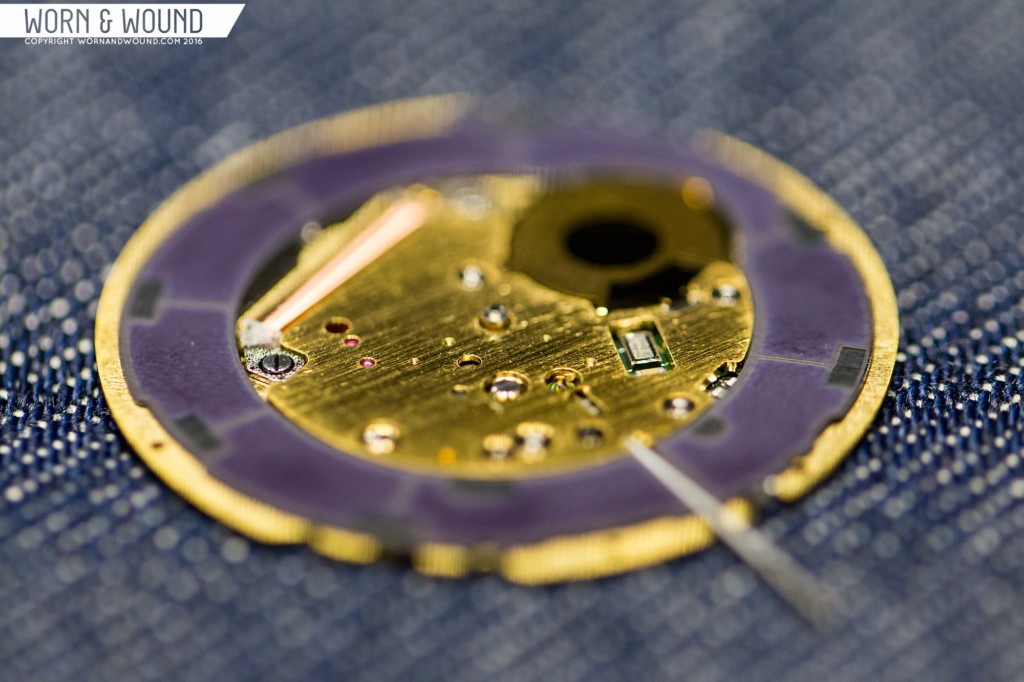 The Eco-Drive One will be available in three general release models—the AR5000-50E, AR5000-68A, and AR5004-59H (stainless steel case with cermet bezel)—as well as the limited edition AR5014-04E (cermet case with tungsten carbide bezel). Cermet is a high-end composite made of ceramic and metallic materials, and is prized for its relative hardness and versatility in terms of finishing. Citizen is not the first watch company to use cermet; Jaeger-LeCoultre and Audemars Piguet have in the past played with different metal/ceramic alloys in their cases and bezels. The use here, however, seems to be functional as a much as it aesthetic, since a 3mm case would arguably require some reinforcement to avoid bending.

The culmination of that effort is the Eco-Drive One, Citizen’s big reveal for Baselworld 2016. At a thickness just shy of 3mm, The Eco-Drive One is the thinnest solar-powered timepiece ever produced. Driving the watch is Citizen’s new caliber 8826—a movement made up of 85 components and just 1mm thick. Despite being so thin, the Eco-Drive One is capable of running a whopping 10 months on a full charge. 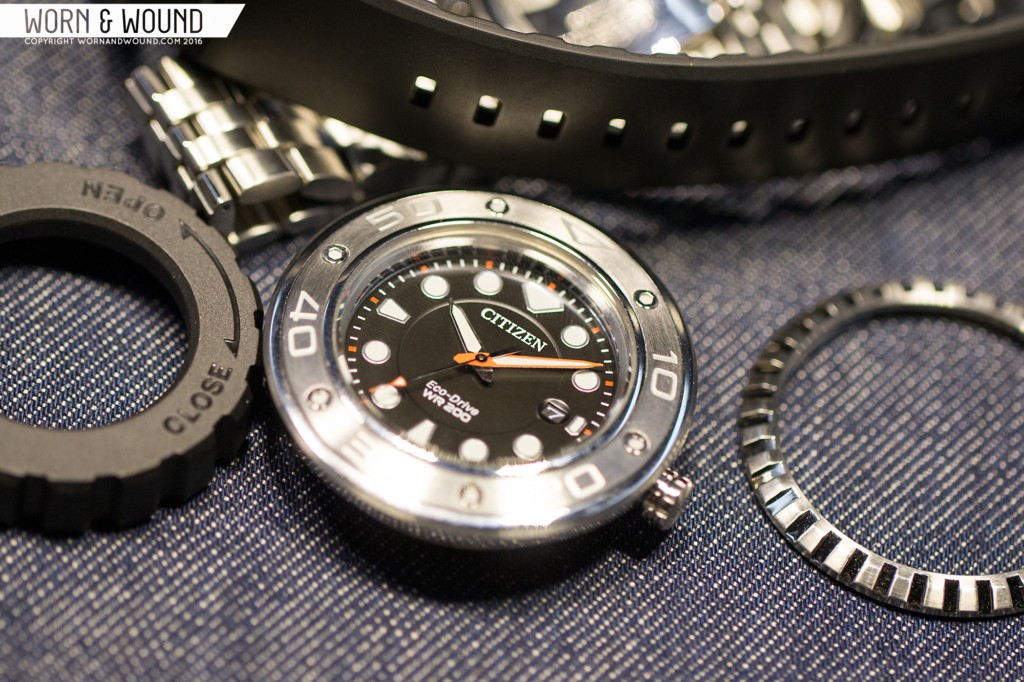 The Eco-Zilla is one of Citizen’s most popular watches, and for 2016 they’re bringing the watch back with an intriguing new concept. The new Eco-Zilla comes with two interchangeable outer cases and bracelets—one metal and one rubber. The idea is that you can swap between these two shrouds by unscrewing the case back with a provided tool, which frees the mid-case for quick and easy interchangeability. It’s a surprisingly cool idea, and one that definitely opens up many options for the future should citizen decide to expand the collection. Details are still TBD, so we’re looking forward to finding out more about this watch in the coming months.

The Citizen Eco-Drive One Limited Edition case features a rose gold-toned cermet case and polished tungsten carbide bezel mimicking the appearance of stainless steel. The general release models feature stainless steel cases with Duratect, Citizen’s proprietary surface hardening technology, and cermet bezels. All four models boast a three-part construction, with the bezel and case back flanking the mid-case with four screws visible from the top. The case sizes are delightfully tempered, coming in at 38.15mm for the LE, and 39.8mm for the general release models. 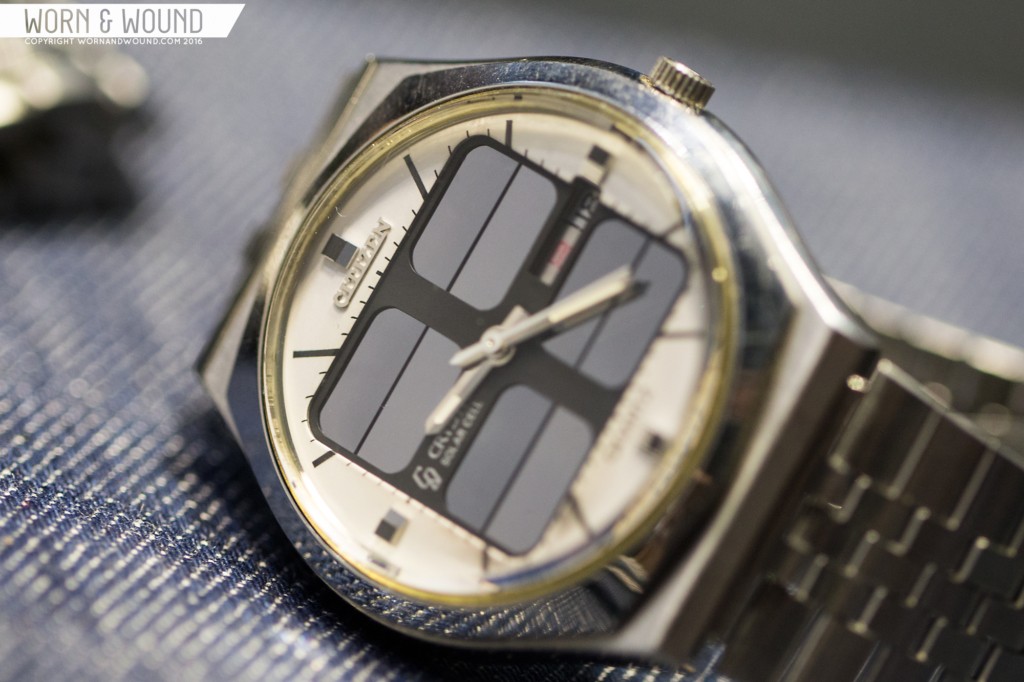 
With a watch so deceptively simple, the devil is in the details. At first glance, it’s hard to even imagine that this is a watch designed for 2016. There is certainly a classic Genta-esque quality to the overall design, from the diminutive hexagonal crown to the varied finishing of the dials that hint at his work with Universal Genève. The hands feature two different types of finishing, giving them the appearance of being faceted. It’s something that we’ve seen before to great effect on other slim watches like the Hermès Slim d’Hermès and the Mido Baroncelli Heritage. Overall, the combined elements give the dial the appearance of depth, something that is especially impressive given the thinness of the case.