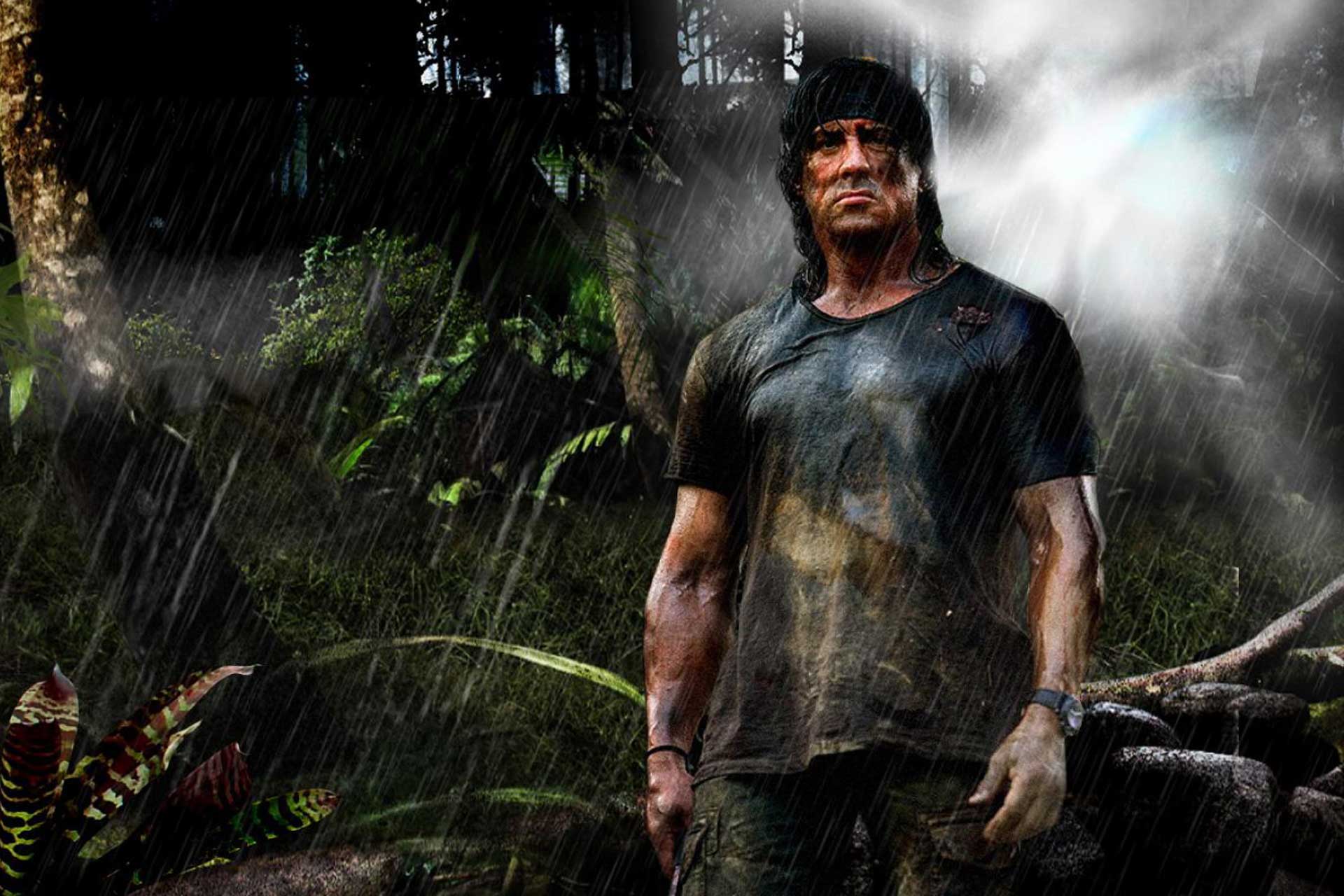 Unitas probably deserves more credit for “upsizing” modern wristwatches than any other movement. How so? Depending on whether you credit the global adoption of larger timepieces to IWC’s Portugieser, reintroduced in 1993, or the Panerais reborn at the same time, you will either disagree violently with this assessment or accept that the return of Panerai’s Marina and the Luminor injected the very steroids that influence us to this day. As both brands are now owned by the Richemont Group, it matters not which you choose as the instigator: it’s a win-win situation for that mighty conglomerate, but my money is on the Panerai.

Simply put, and with all due respect to IWC, there are far more Panerais out there than there are Portugiesers, and the Florentine watches are certainly better-known beyond the confines of watch connoisseurs. While the first-generation, military-issue Panerais used Rolex/Cortebert or Angelus movements, the 1990s reissues other than the Mare Nostrum chronograph housed the Unitas 6497. Hence, one might posit that it was this very calibre that powered the trend toward larger watches. 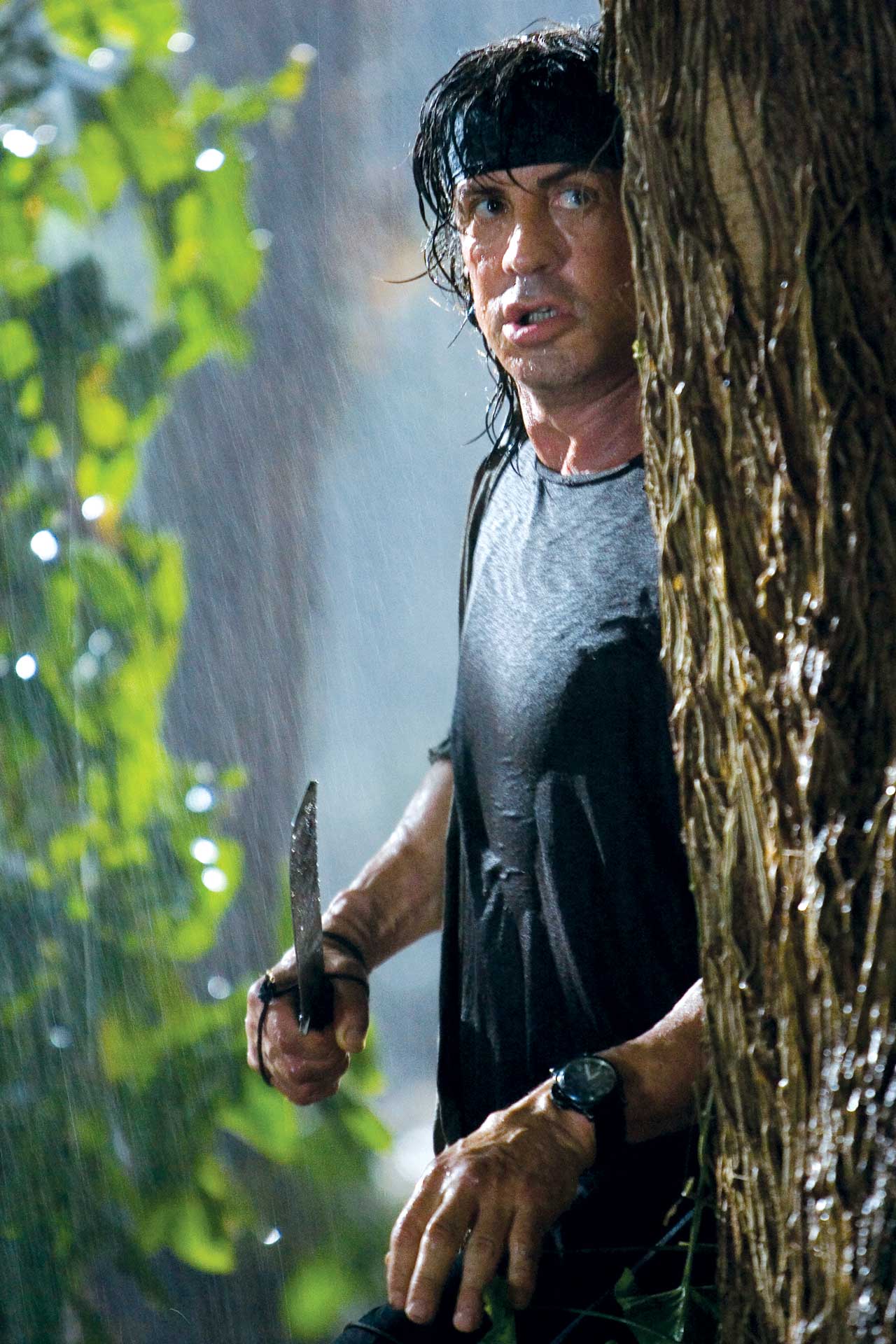 Now branded ETA, the Unitas 6497 and 6498 manual-wind movements differ only in the location of the small seconds hand and sub-dial. You can tell immediately whether a Unitas-equipped watch is a 6497 or 6498, if it has a small seconds sub-dial. Using this as a visual clue assumes that the crown is at the 3 o’clock position and not located at 12 o’clock in the manner of pocket watches.

Born in 1950, the 6497/6498’s ligne-size equals a 36.6mm diameter, which immediately makes it larger in its ebauche state than many a normal man’s watch in its case. At 4.5mm thick, it’s relatively slim but not quite svelte enough to lend itself to ultra-thin applications. It operates at 18,000 vibrations per hour, but more modern versions have upped that to 21,600 vph or 3Hz, and the base calibre can contain between 15 and 17 jewels depending on the variant. The power reserve can be anything from 40 hours to 56 hours, again determined by the modifications applied by the client. 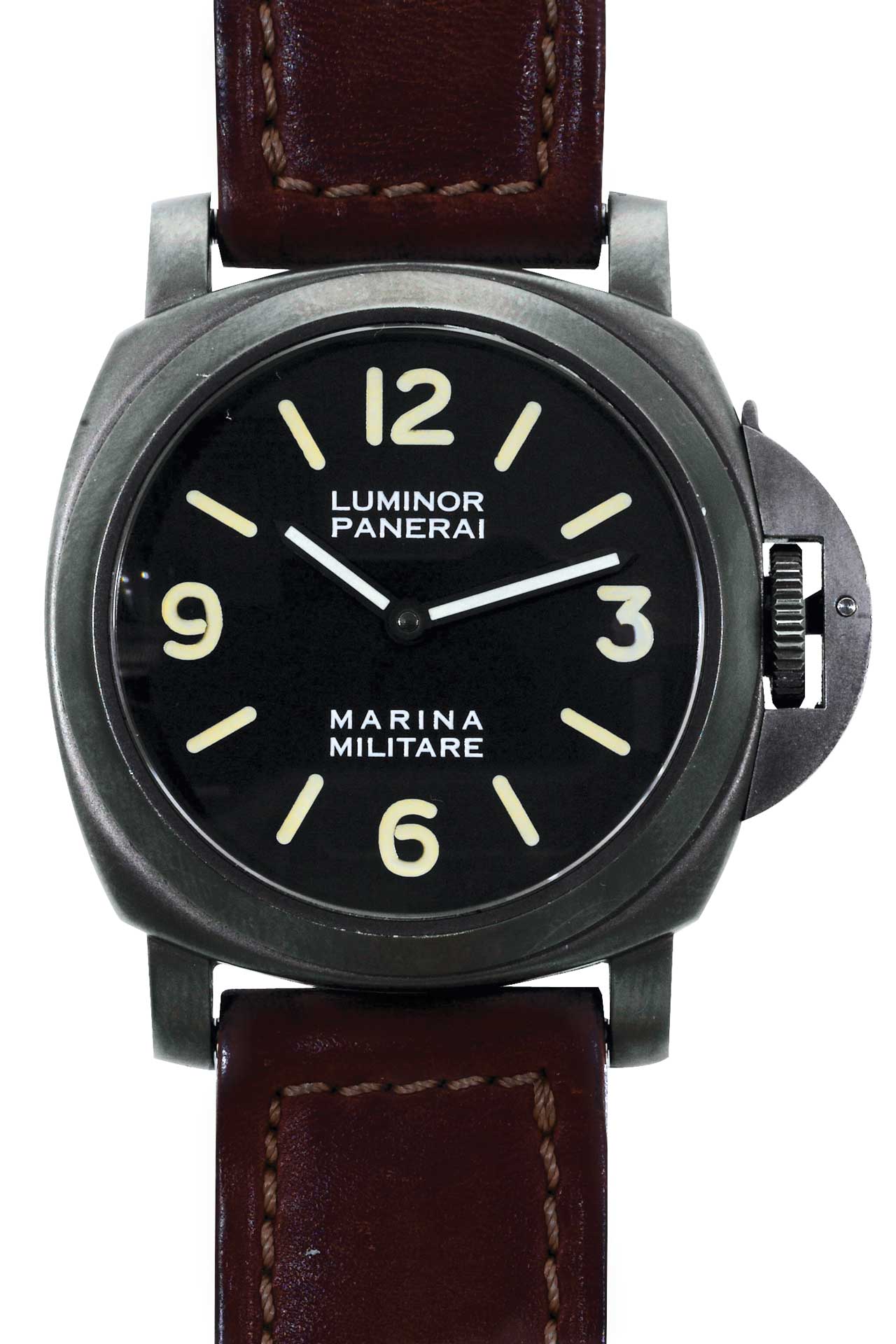 Although many would consider the Unitas a rather pedestrian movement, its massive bridges lend themselves to elaborate decoration, while its ruggedness assures dependability. And as any master watchmaker will tell you, if you have the time and the skills, it can be regulated to chronometer-like precision, so companies such as Panerai would modify the Unitas to feature such refinements as a swan neck regulator and superior bridges, as well as higher beat counts. Think of this hot-rodding as what muscle car builders of the 1960s did to basic engine blocks.

With 66 years in constant production, and a client list that runs from Alpina to Zeno, the Unitas can boast so many variants that a collector – especially a completist – might rightly be overwhelmed. In-between the A and the Z are watches with either standard or heavily modified versions including Anonimo’s Militaire Mod. 2004, certain Dornblüths, Eberhard’s manual-wind Traversetolo, Glycine’s manual Incursores, the JeanRichard Bressels, Omega’s Railmaster XXL with Calibre 2211 (based on 6498-2), Maurice Lacroix skeletons, Steinhart’s Military 47, Tissot’s brand-new Heritage 1936 and far too many others to list. 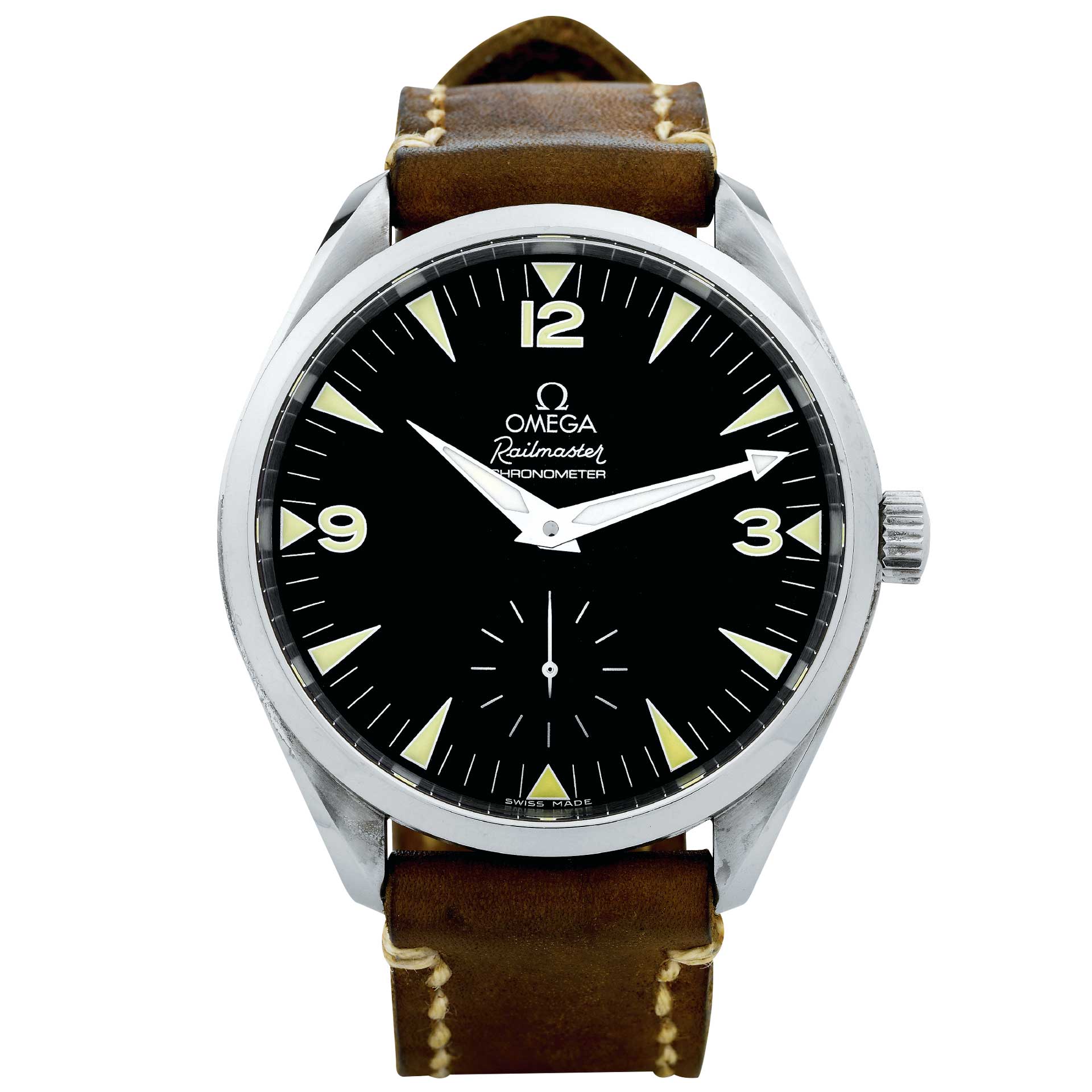 Versatility was and remains a given, with its appeal for clients who want to make oversized watches so obvious that it has no rivals. Such is its classic simplicity, too, that the Unitas 6497 is also a favourite with watchmaking schools, and for both basic training and experimentation. Watch journalists treated to a spell at the workbench are usually handed a Unitas to butcher, whether the hosting watch brand uses them or not. It is simply the ideal default for a big, manually wound timepiece.

This evergreen movement continues to evolve from the original, 1950 Unitas 6497 in its 18,000vph form. Nothing seems impossible when it comes to personalising the movement for a brand’s specific needs: Maurice Lacroix skeletonised it for the ML-16, while the no-longer-available Calibre 6503 was a 6497 with added date wheel. Flip over a glass-case-backed JeanRichard Bressel and you won’t believe that the gorgeously decorated, striped affair is the same movement as the unadorned base. 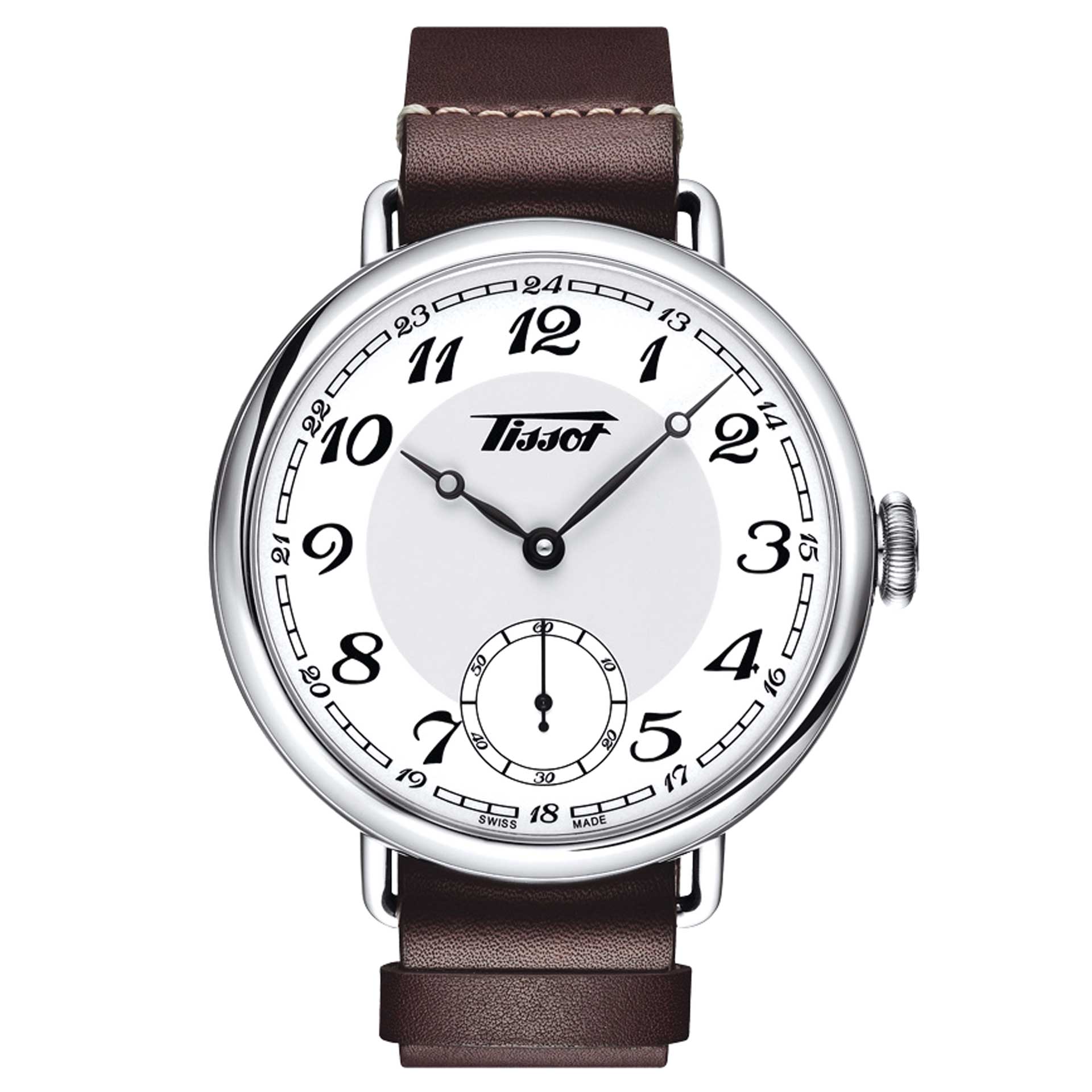 ETA has clarified the model nomenclature, with the 6497-1 and 6498-1 being updated versions with pallet lever bridges instead of cock, and with Etachron regulator. The 6497-2 and 6498-2 feature Incabloc shock protection and basic decoration, and certain editions up the beat rate to 21,600vph. Among other variants unique to specific brands, Omega’s 960 is a 6497 with Triovis regulator in place of the Etachron, while Alpina’s AL-650 and the Chronoswiss Regulateur made regulators out of it. Complications including power reserve, double retrograde calendar and second time zone have been added, too.

My experience with assorted Unitas-based watches has always proven amusing, because – Panerais aside – none of mine qualify as expensive. While the prices have gone up since I bought my Eberhard Traversetolo, and the JeanRichard Bressel is no longer available, both were sub-£1,000 timepieces back in the day. And yet, they garner more compliments than watches I own with far higher price tags and more elevated movements. It’s all about execution, but that’s what raises the ugly side of watch manufacturing, when one considers that even through third parties, the cost of the raw 6497 movement is under €300.

When the 6497 or 6498 appear in timepieces costing £3,000-plus, even if heavily modified and skeletonised, enthusiasts see red. Worse is opening the back of one to find that absolutely nothing has been done to it. But, like the Valjoux 7750 or ETA 2824, the Unitas is a victim of its own success. Movements this reliable, serviceable and adaptable become ubiquitous, and at all price points. Who can blame any maker for using it as an ideal – and dependable – solution to its needs? 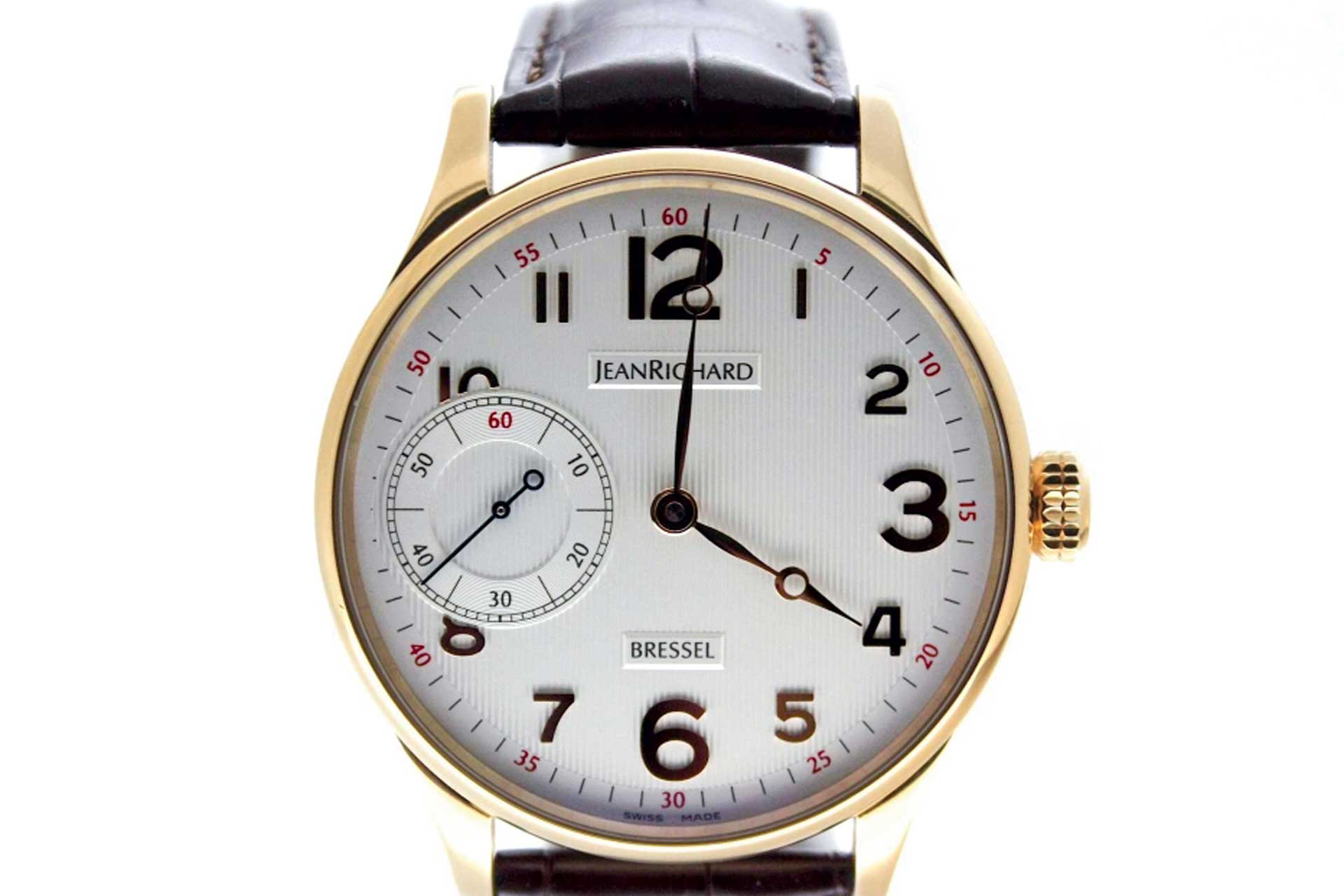 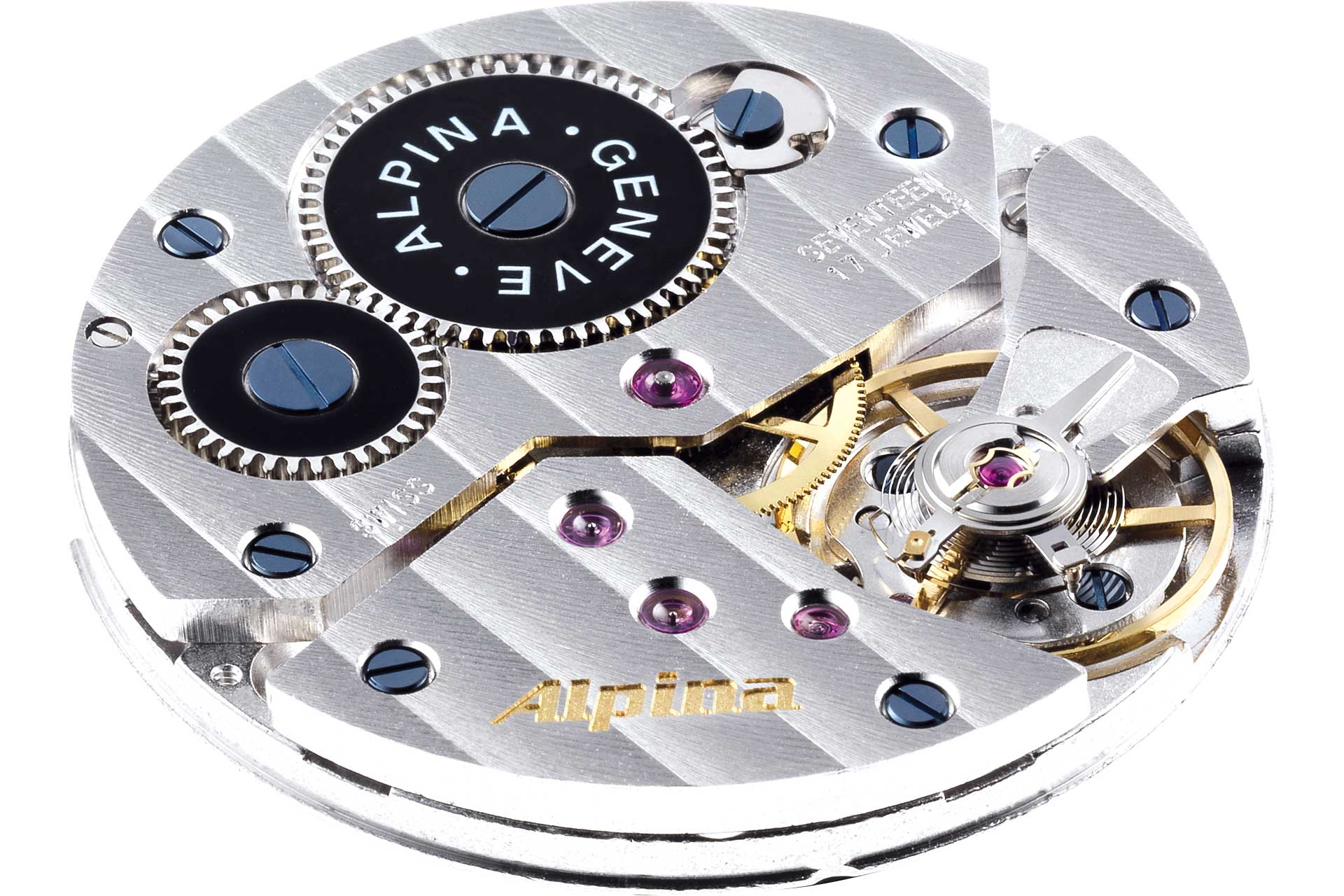 My own collection contains a half-dozen Unitas-equipped watches ranging from under £300 to a brace of pre-Vendôme Panerais that I’m afraid to price. None has ever caused me any woe. As for added value, all of mine are free of added features, and it doesn’t matter to me that they are standard. Still, the JeanRichard Bressels are the only ones I have with exhibition case backs and the company decorated them to remarkable standards that dazzle observers. Conversely, I care not to picture what is inside my Luminor or my Traversetolo.

Perhaps the best way to savour this remarkable movement is to start with the absurdly good value of the Steinhart Military 47, with online price of under €600. This massive, masculine watch allows you to study the movement, which is tastefully decorated with striped bridges, and it enables you to treat yourself to a course in basic watch technology. Nothing much is hidden.

As one watchmaker – who’s serviced more of these than he cares to count – told me: “The Unitas is so good, so robust and so basic, that any industrious watchmaker could refinish it throughout, regulate it to extremes, upgrade the components and produce a movement that wouldn’t shame Patek Philippe.” 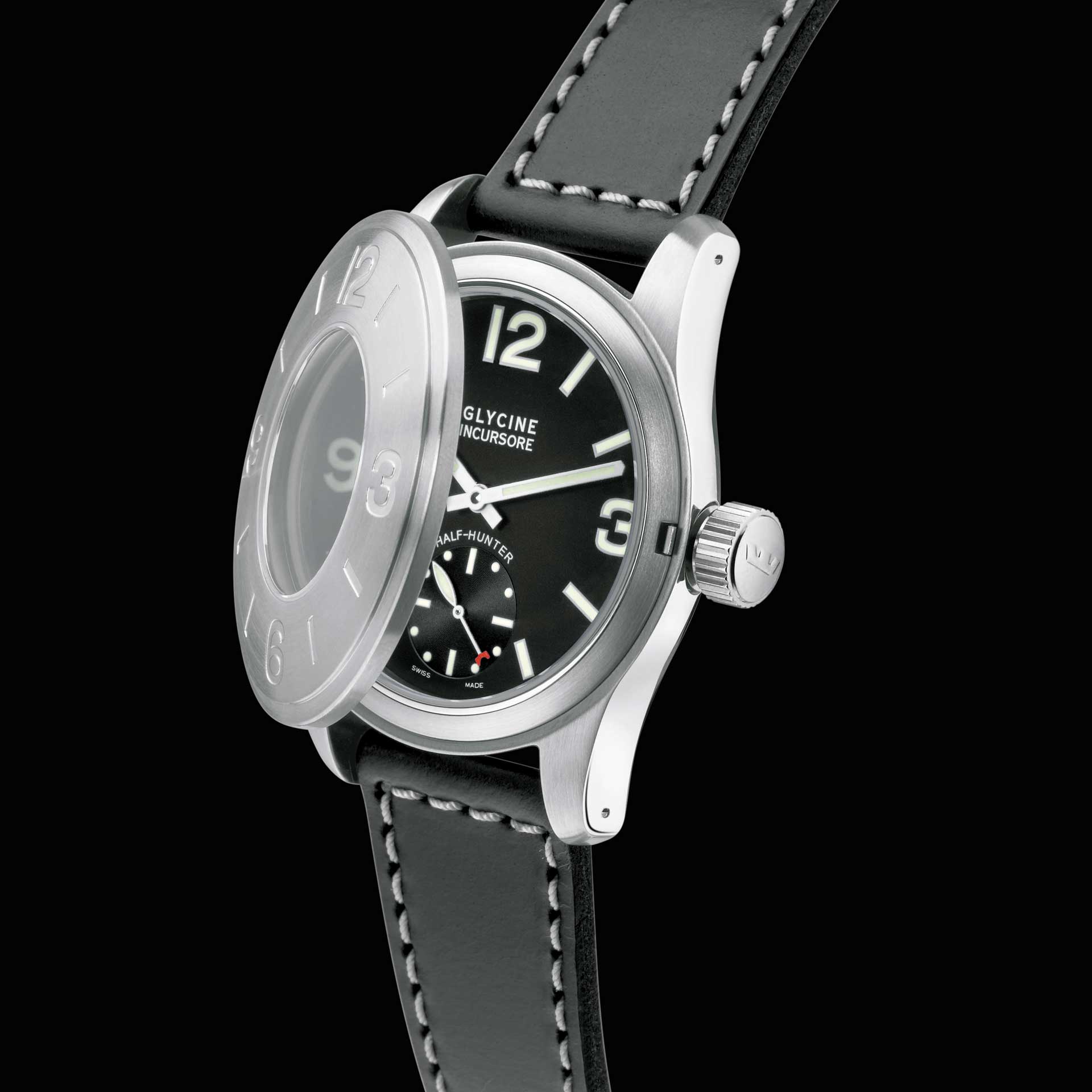 There can be no doubt, however, that it was Panerai, upon being revived in the 1990s, which elevated the Unitas movement to rock star status. Panerai had approached Rolex to supply movements – a wise, almost obvious choice given the historical precedent – but Rolex declined.

According to author Mario Paci in Panerai Watches From 1936-1997, the Unitas, with its Incablock anti-shock system and “soigné-finished, rhodium-plated surfaces”, was chosen because: “The movement is extremely accurate and reliable, chiefly because of the four-position adjustment device, with a guaranteed accuracy of 0-10 seconds/day, all main gears are made of non-magnetic alloys, with a temperature resistant glucydur balance wheel.”

As for a favourite among my watches with Unitas 6497/8 movements, I love them all, but a peculiar freakshow from Zeno Basel somehow sums up the essence of the calibre. You can’t even see the movement, because the Zeno Canteen Diver has a closed case back. I found mine nearly a decade ago in Germany, paying the princely sum of €275, unable to resist it even if it did have an absurdly cumbersome 50mm diameter case. 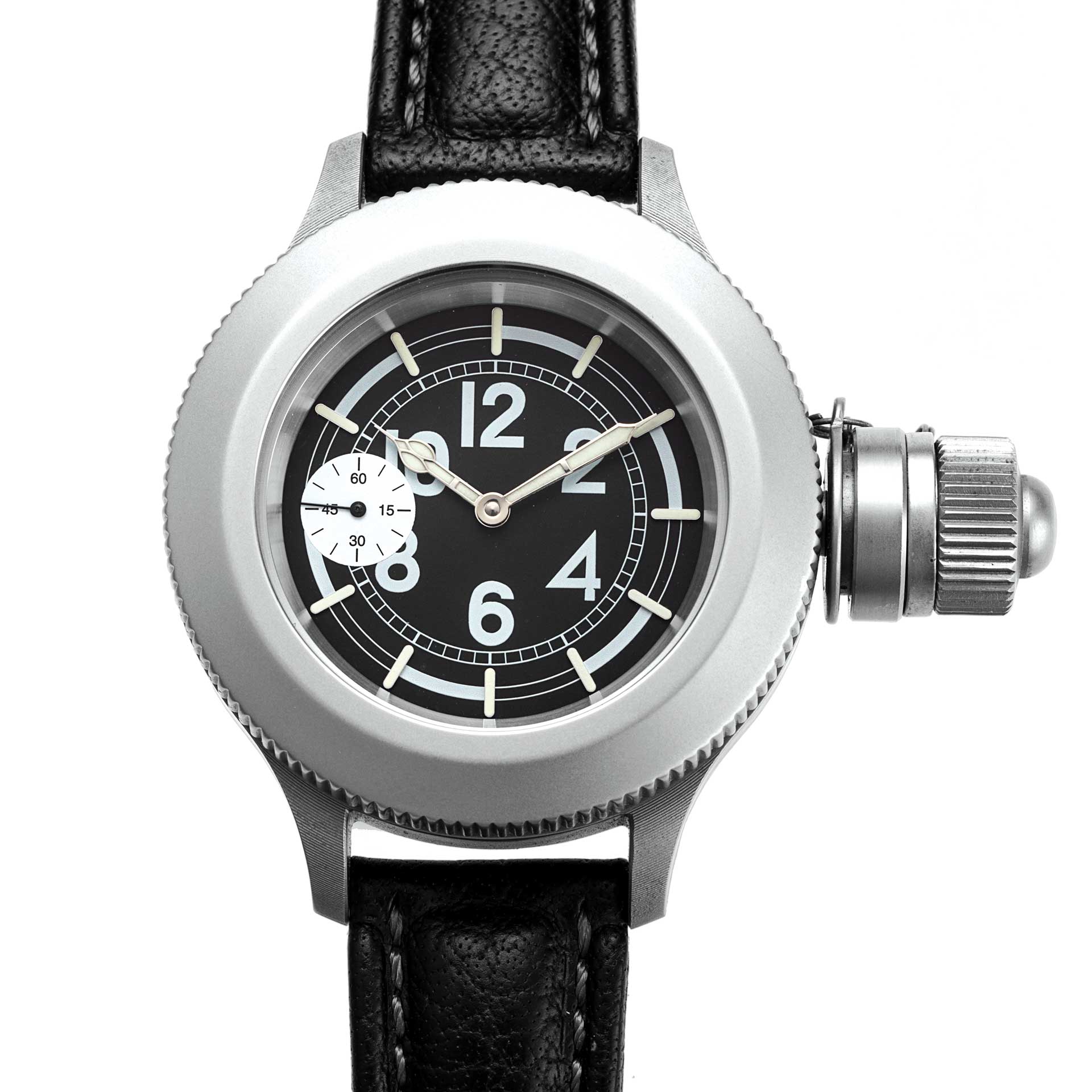 This watch, still available, has been offered with 6497 movement, but with the seconds hand on mine located at 9 o’clock, and others positioning it with left-hand crown and sub-dial at 3 o’clock. Oh, to have this reversed edition, which surely is more comfortable on the left wrist.

Both versions feature a cover over the crown, on a wee chain, and its removal exposes a comically dinky winder. The massive case – which raises a smile from observers whenever I wear it, and whose expressions suggest that it’s beyond the comical – is sand-blasted stainless steel some 62mm long and 18mm thick. I never thought a 22mm strap would look so small. With all that metal around it, the movement is protected with
water-resistance to 10ATM/330ft.

Never a week goes by without a Unitas gracing my wrist. You can hear it tick. You sense a stalwart workhorse beating away. No tourbillon, no silicon parts, no frills, just pure functionality. During a period when useless complications have gotten out of hand (and onto the wrist), the Unitas 6497 is blessed, honest relief. 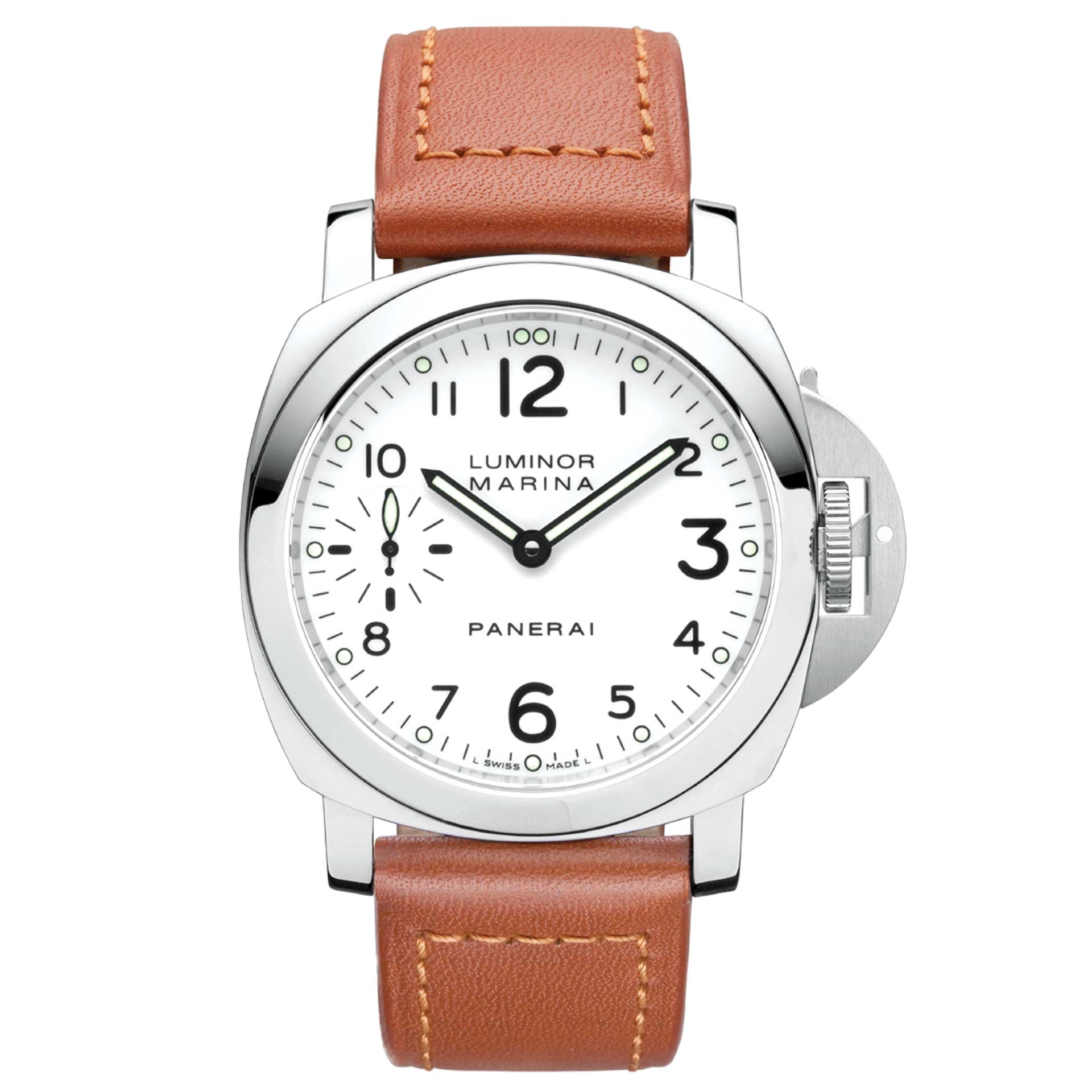